Netflix revealed on Tuesday in a teaser video that the Rilakkuma's Theme Park Adventure stop-motion anime series will debut on Netflix worldwide on August 25. 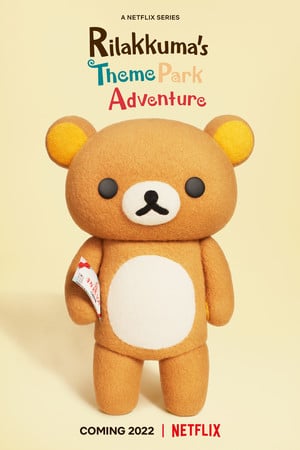 Welcome back, Rilakkuma! This time, Rilakkuma goes to a theme park. What will happen there!? This series depicts an active day for Rilakkuma and friends in great detail as they visit a theme park that is about to close down and encounter an incident that arises there and the various people involved. Not only do familiar characters from "Rilakkuma and Kaoru" appear, but so do many new characters with unique personalities! You won't be able to look away from the thrilling and heart-pounding developments!

Masahito Kobayashi is again directing the anime at dwarf studios and TYO Inc., and Europe Kikaku's Takashi Sumita and Makoto Ueda are writing the scripts. Mikako Tabe is returning to voice Kaoru.

San-X launched the character that Aki Kondo created in 2003. Netflix premiered the earlier Rilakkuma and Kaoru (Rilakkuma to Kaoru-san) anime series in April 2019.