The staff for the modern remake projects of the Space Battleship Yamato (Star Blazers) anime franchise announced on Wednesday that the next project is Yamato yo Towa ni: Rebel 3199. Yamato yo Towa ni (Be Forever Yamato) is the title of the 1980 sequel to the original Yamato anime projects. The new project is a sequel to the Uchū Senkan Yamato 2205: Aratanaru Tabidachi - Kōshō -STASHA- (Space Battleship Yamato 2205: The New Voyage Part II: Stasha) film, which will open on February 4.

The staff also announced the presents that theatergoers will receive during the first four weeks of Stasha's release. In each of those weeks, every theatergoer will receive one of three different reproduction copies of the film's character animation sketches or mechanical designs (while supplies last).

[The staff did not preview the presents for the fourth week yet.]

The Stasha film is the second of two films in the Uchū Senkan Yamato 2205: Aratanaru Tabidachi (Space Battleship Yamato 2205: The New Voyage) sequel project, and it will open on February 4. As in prior films in the remake series, a special edition Blu-ray Disc of the film will be immediately available for purchase at the same time as the theatrical opening date, alongside digital cels. A separate edition Blu-ray Disc and DVD release will ship on March 29. 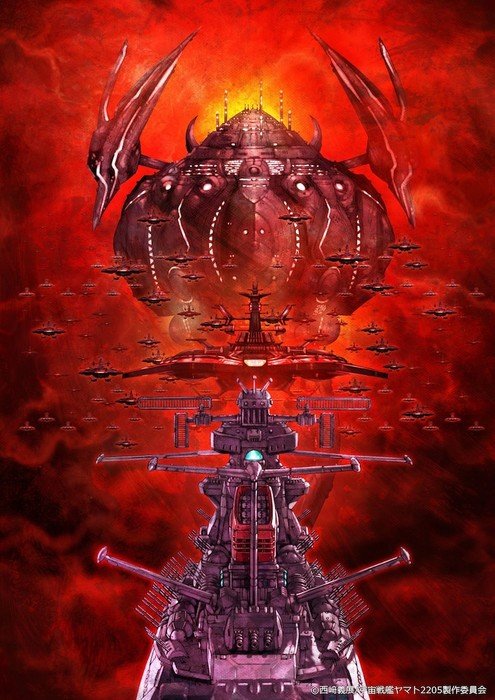 Update: The original 1980 film Be Forever Yamato is not set in the year 3199, but the 2004 original video anime series Dai Yamato Zero-go is set in that year. Thank, Smeagol_17.