Netflix unveiled a new original anime film by Wit Studio titled Bubble on Tuesday. The film will debut worldwide on Netflix on April 28 next year, and will open in Japanese theaters on May 13. Tetsuro Araki (Attack on Titan, Kabaneri of the Iron Fortress) is directing the film at Wit Studio, with a script by Gen Urobuchi (Puella Magi Madoka Magica, Fate/Zero novel, Psycho-Pass), and character designs by Takeshi Obata (Death Note, Platinum End). Hiroyuki Sawano (Attack on Titan, 86) is composing the music. 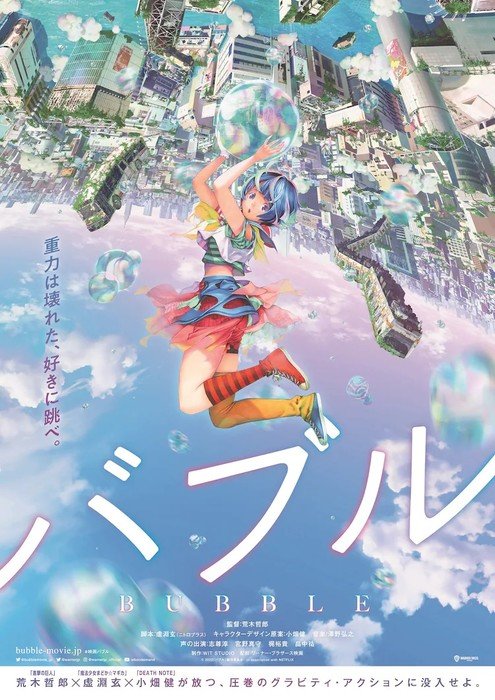