Netflix revealed more staff members for Bright: Samurai Soul, its new anime film based on the 2017 Bright live-action film that starred Will Smith and Joel Edgerton, on Friday.

As previously announced, Kyōhei Ishiguro (Occultic;Nine, Children of the Whales) is directing the film.

Izo, a Ronin, and Raiden, an orc, work to bring a young elf girl and the wand she carries to the land of the elves in the north. 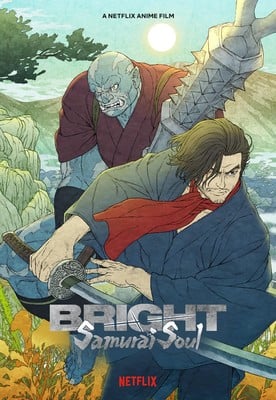