The story of Naruto is primarily one of action and adventure, as Naruto Uzumaki embarks on a quest to become the next Hokage and earn the respect of the entire Hidden Leaf Village. Yet along the way, these characters form lifelong friendships, learn to trust and respect one another, and even fall in love. Just ask Hinata Hyuga.

Hinata was born into the Hyuga family's esteemed main branch, but her father, Hiashi, thought little of his daughter. Her self-esteem was terribly low for years, but then she met Naruto and a fire was lit in her heart. Now Hinata is determined to become just like her idol, and she couldn't help but love him too, for all the things he gave her. More than once, Hinata made these pure feelings for Naruto clear.

When Hinata Gave Naruto An Ointment

This was one of the most touching scenes during the preliminary battles of the Chunin Exam arc. Naruto had just defeated his opponent, Kiba Inuzuka, but took a beating in the process. He was ready to tough it out, but then Hinata worked up the courage to offer him a healing ointment, which he gratefully accepted. Naruto has kept that balm ever since, showing that after the way he'd healed Hinata's wounded heart with his kindness, she was ready to heal him right back. Kiba is a trusted friend of Hinata's, but Naruto was something else entirely. 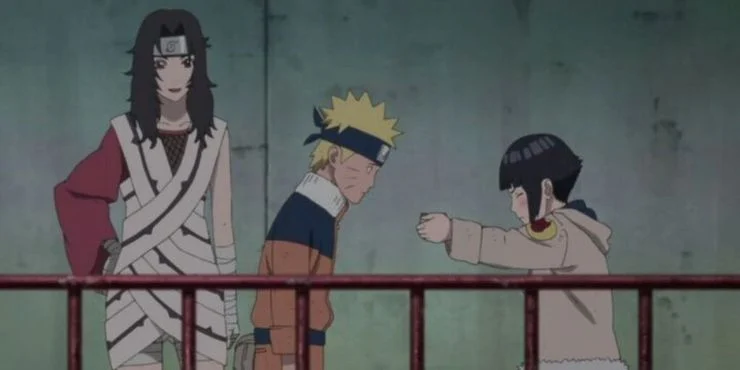 When Hinata Stood Up To Pain For Naruto's Sake

Much later, in Naruto Shippuden, an older and more confident Hinata was fully prepared to fight by Naruto's side and risk her life for his sake. The monstrous Pain invaded the Hidden Leaf Village and nearly captured its greatest defender, Naruto.

That was when Hinata stepped in and gave a short speech, reminding Naruto that he had inspired and empowered her like no one else ever could and was eternally grateful. She loved him and was ready to lay down her life to finish the job and defeat Pain. At last, it was Hinata's turn to protect and inspire Naruto. 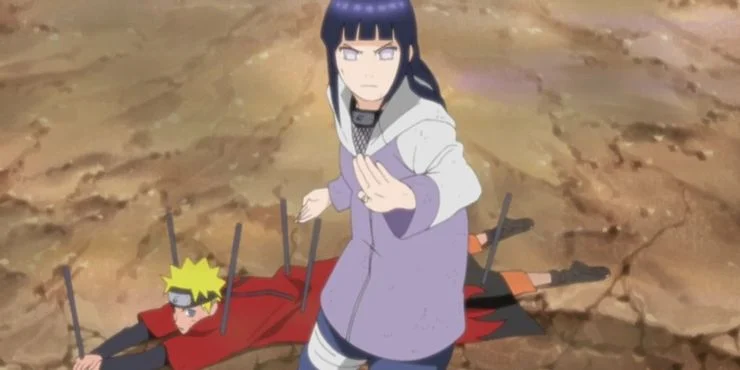 When Hinata Was Trapped In The Infinite Tsukuyomi

Late in the Fourth Great Shinobi War, Madara Uchiha cast the Infinite Tsukuyomi. This genjutsu isn't meant for torture or deceit -- instead, it comforts the target with visions of their heart's fondest desire, and thus they never want to break out and face reality again.

Most characters' dreams were silly, such as Choji having massive dinners or Rock Lee impressing Sakura, but Hinata's was touching. This genjutsu wasn't her idea but it did reveal her deepest desire, and the scene clearly showed her and Naruto as lovers on a secluded park bench, while Neji and Hanabi secretly watched. Madara's spell wasn't the solution for world peace, but it did provide this lovely and telling scene. 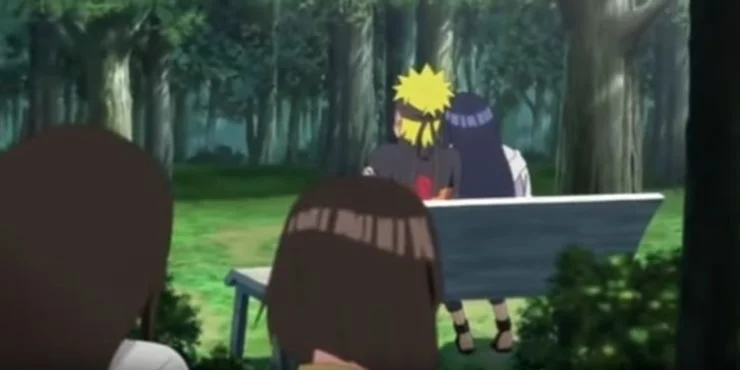 When Hinata Knitted A Red Scarf For Naruto

This scarf was no ordinary garment. In stories like these, knitting a scarf for a lover is a big gesture, and with world peace secured, Hinata had plenty of time to lovingly make one for Naruto. Still, she was a bashful maiden and couldn't bring herself to just toss the scarf into his arms, even with encouragement from Sakura.

Hinata was heartbroken when the scarf was nearly ripped in half. When the villain Toneri, of the Otsusuki clan, asked Hinata to make him a scarf too, she refused. Not even an ancient moon shinobi could distract Hinata from what she truly wanted: to make Naruto happy with something she made with her own two hands. 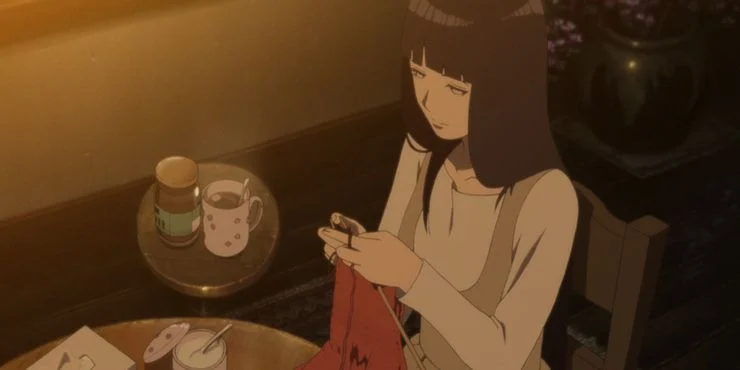 When Hinata & Naruto Embraced Under The Moon

The final scene from The Last: Naruto the Movie was actually an exchange of "I love you" gestures, with Naruto making the first move and Hinata reciprocating. By the time Toneri was pacified and the moon halted its progress toward Earth, Naruto and Hinata returned home at last. This was when he opened up his heart and told her that he loved her.

Hinata was so thrilled, she actually shed tears of joy as she embraced him in a lover's kiss right there under the peaceful moon. This is what she had been waiting for all these years, and when she got it, their eventual marriage was all but assured. Sure enough, an after-credits scene depicted the happy Uzumaki household, complete with Boruto and Himawari. The stage is now set for the Boruto adventure. 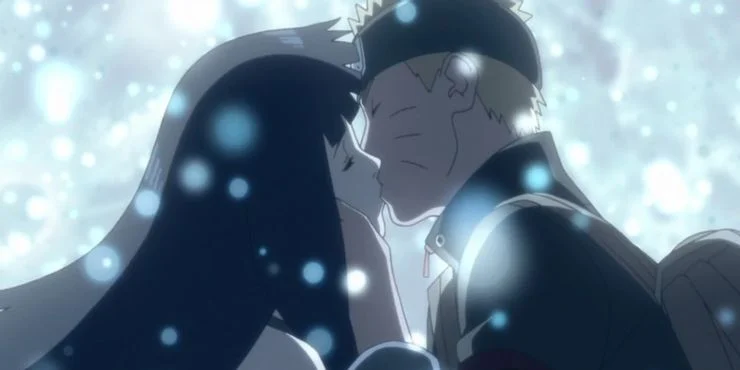