The official website for the television anime of Shiro Manta's My Senpai Is Annoying (Senpai ga Uzai Kōhai no Hanashi) manga unveiled more cast members and a new visual on Wednesday. 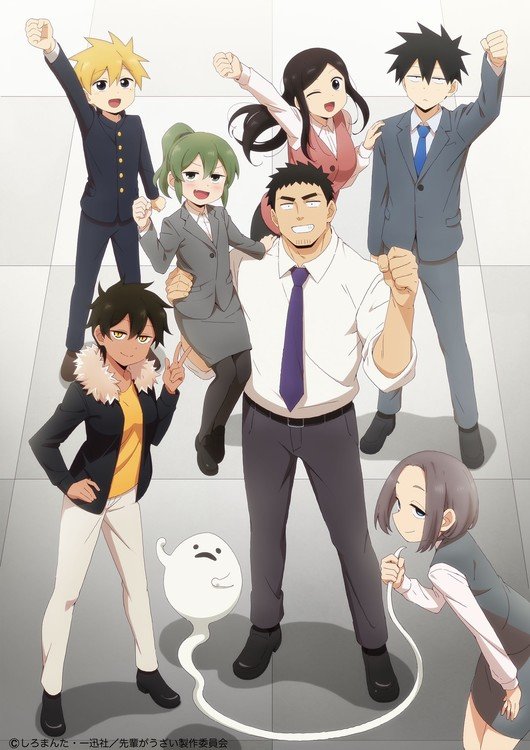 The anime stars Tomori Kusunoki as Futaba Igarashi (left in image below) and Shunsuke Takeuchi as Harumi Takeda (right). 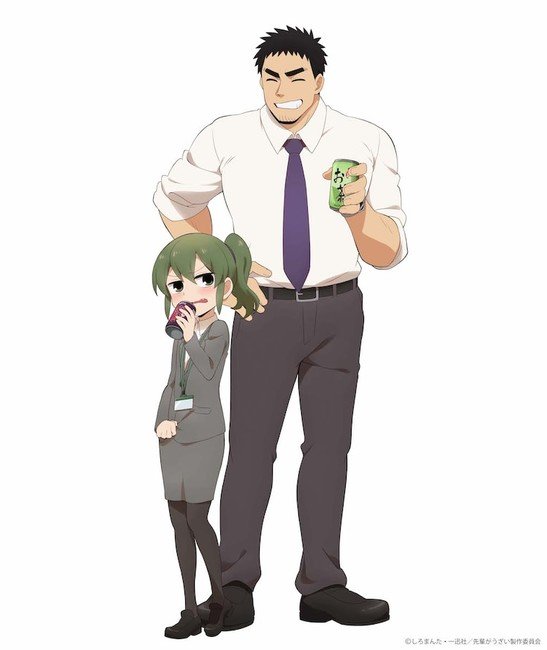 Ryota Itoh (episode director for Sing "Yesterday" for Me, Ping Pong, Aikatsu Stars!) is directing the anime at Doga Kobo (Sing "Yesterday" for Me, Diary of Our Days at the Breakwater). Yoshimi Narita (Beet the Vandel Buster, I★CHU: Halfway Through The Idol) is overseeing the series scripts, Shigemitsu Abe (Killing Bites) is the character designer, Takeshi Takadera (Yowamushi Pedal, RIN-NE) is the sound director, and Hiroaki Tsutsumi (Dr. Stone, Children of the Whales) is composing the music. 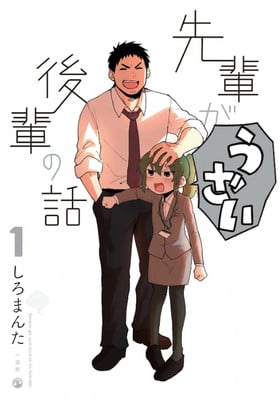 Seven Seas is publishing the full-color manga in English, and it describes the story:

Igarashi is a hardworking young office lady. Takeda, the senpai above her at work, annoys her constantly--and yet she finds herself growing closer to him. Every day is filled with comic mishaps and romantic moments as Igarashi tries to balance work, life, and love. This full-color manga--which started its life as a webcomic--is sure to charm audiences of workplace comedies like Aggretsuko and The Office!

Manta launched the manga in 2017, and the manga serializes on the pixiv Comic website under the comic Pool web magazine banner. The series won the web manga division of the Tsugi ni Kuru Manga Awards in 2018. Ichijinsha published the manga's sixth compiled book volume on November 25, and it will publish the seventh volume on April 28. The series has 1 million copies in circulation.