The official website for the television anime of Naoki Yamakawa and Masashi Asaki's My Home Hero manga revealed the anime's first teaser trailer on Friday. The teaser reveals the anime's cast, staff, and April 2023 premiere date. 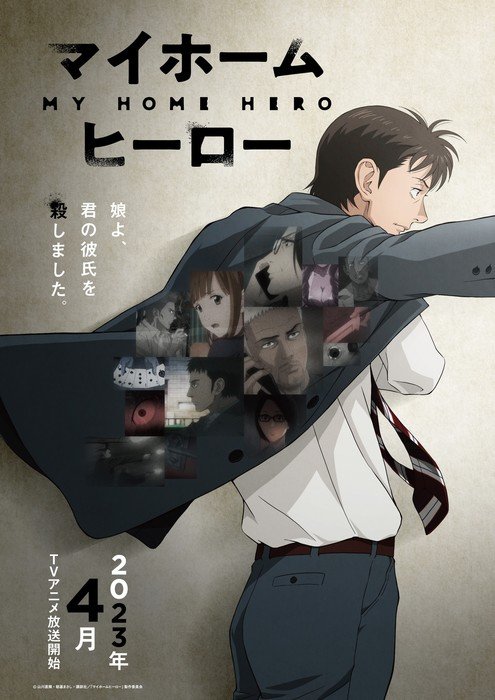 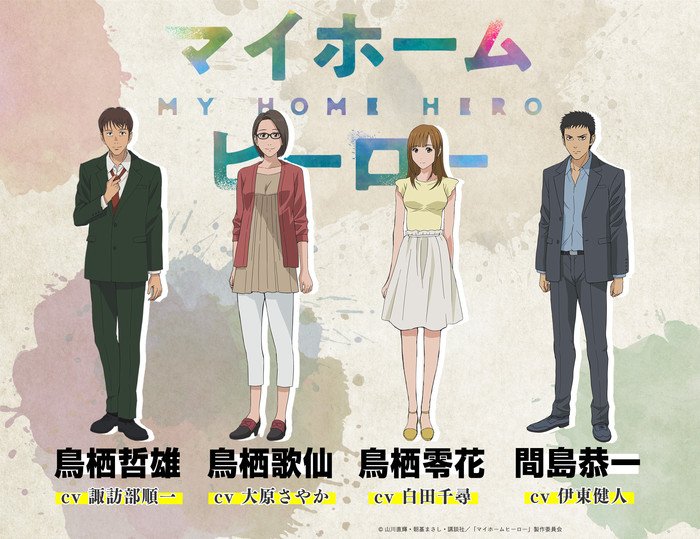 (Left to right in image above) (Left to right in image above)

Takashi Kamei (Transformers: War for Cybertron Trilogy - Earthrise chief director) is directing the anime at Tezuka Productions. Kohei Kiyasu (Run with the Wind) is writing and supervising the series' scripts. Masatsune Noguchi (Hakushon Daimaō 2020) is designing the characters. Yukio Abe is the art designer. Kenji Kawai (Patlabor, Gundam 00, Ghost in the Shell) is composing the music, while Takumi Itō is the sound director. Kiyotaka Kawada is credited for sound effects. 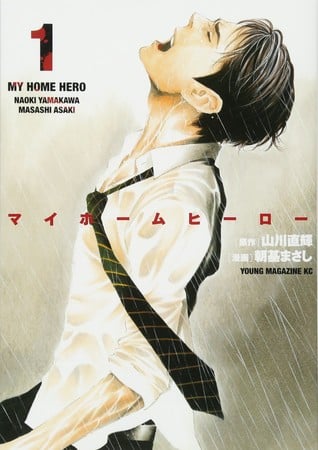 Yamakawa and Asaki launched the manga in Weekly Young Magazine in May 2017. The manga's 17th compiled book volume shipped on February 4, and the 18th volume will ship on October 6. The manga resumed with its third and final part in the 29th issue of Weekly Young Magazine on June 20. The final arc picks the story back up seven years after the second part. The manga entered a hiatus after it ended its second part in October 2021.

The manga centers on a salaryman who has a reliable wife and a daughter in university who can sometimes act a bit rebellious, but has a happy life in his own way. Until one day he finds out his daughter has been beaten, and thus begins his journey into a dangerous world to protect his family.

Yamakawa and Akinari Nao's I'm Standing on a Million Lives manga inspired a television anime adaptation that premiered in October 2020. The anime's second season premiered in July 2021. Kodansha Comics is publishing the manga in English.