My Hero Academia's Bakugo Vs. Fire Force's Shinra - Who Wins?

My Hero Academia features an entire school of superpowered students, and many could be a shonen hero of their own series. This is especially true for Katsuki Bakugo, Izuku Midoriya's #1 rival and a true powerhouse in Class 1-A. Just like Izuku, Bakugo is determined to become the new #1 hero and surpass his idol, the great All Might.

However, Bakugo isn't the only one aiming to become a great hero. There's also Shinra Kusakabe of Fire Force fame, a fire soldier born with the Devil's Footprints, aka the ability to control flames with his feet. Shinra has seen even more action than his MHA counterpart, and his "Quirk" is nearly on par with Bakugo's own. If the two warriors fought, who would come out on top?

Katsuki Bakugo inherited just the right combination of Quirks from his parents to create the incredible Explosion Quirk, which indeed allows him to set off explosions with his hands at will. He generates sparks on his palms to ignite his nitroglycerin sweat, meaning the longer a fight goes, the more potent that power becomes. Many Quirks in My Hero Academia can get worn out or tired as a fight drags on, but Bakugo will keep sweating and fuel ever-stronger explosions with his ability. Inversely, this means Bakugo is at his weakest when a fight begins, and an overwhelming opponent might overpower him before he can muster his true strength.

Bakugo's explosions can deal serious damage to enemies and terrain alike, but there's more to it. For example, he can boost his mobility by pointing his palms in certain directions and releasing small, controlled explosions, using them as rocket thrusters. Bakugo can fly through the air and move in short, rapid bursts in this manner, though his speed doesn't quite rival Izuku Midoriya's Full Cowling.

As for special moves, Bakugo can use the Stun Grenade technique to blind his opponent with an intense flash of light. His Howitzer move involves leaping into the air, then rushing down while gathering oxygen (fuel) from the air and setting off an especially powerful explosion. Finally, he can use the AP shot move to focus his firepower in a smaller circle, creating a narrow but concentrated beam of explosive power to break through any defense. 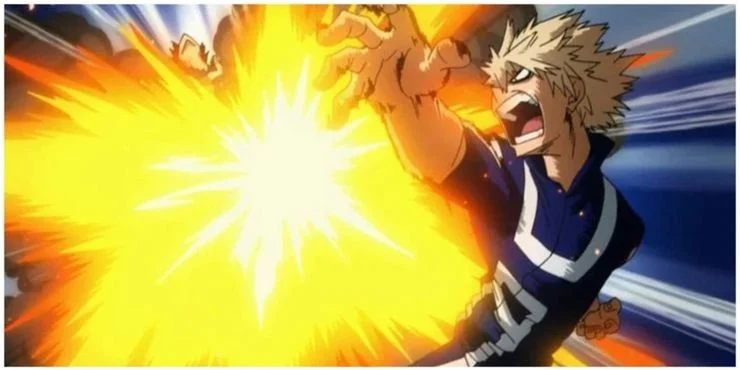 Shinra Kusakabe's powers in Fire Force are also based on heat and flames and in roughly similar ways. He is a third-generation pyrokinetic, meaning he can create his own flames and control them sufficiently in battle. He graduated from the Fire Soldier Academy to learn basic techniques and search-and-rescue procedures, quickly proving himself as a member of Company 8. Shinra's ability, Devil's Footprints, allows him to emit fierce flames from his feet, meaning his fighting style is based on mobility and kicking above all else. He can move like an acrobat in battle, jumping and twirling for both offense and defense while delivering powerful kicks. Along with high endurance, he can even perform a handstand and spin around, blasting fire in all directions around him.

However, he was merely proficient at fighting Infernals -- and the White-Clad cult members were even stronger -- so he underwent additional training at the hands of Captain Benimaru Shinmon. Shinra learned to use hand gestures and concentrated flames with his feet to increase his speed and firepower, and gain tighter control over his abilities even in heated combat. Later on in Fire Force, Shinra learned to use the Corna ability, adding focus to his flames with explosive results. He also faced the "pressure of death" during training to gain the Hysterical Strength ability, and use 100 percent of his power instead of 30 percent. Shinra's speed, strength and firepower become immense during this time. 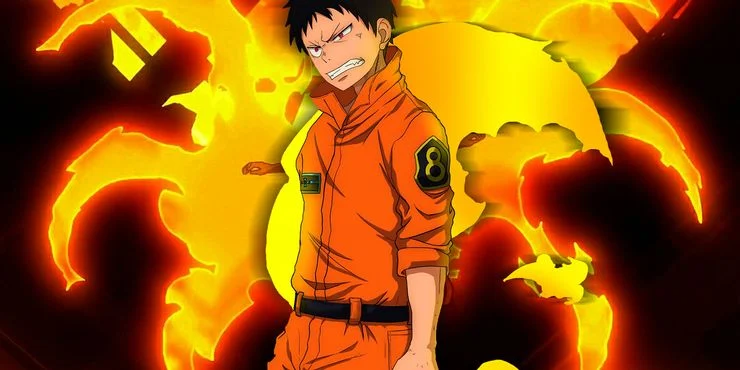 Both fighters will begin with their trademark aggression, with Shinra's mobility and firepower trading evenly with Bakugo's explosions. Shinra has the edge though, since his body, unlike Bakugo's, is naturally resistant to heat and flames. Bakugo can launch himself into the air with his Quirk to try and gain an advantage, but Shinra, being an expert in aerial combat himself, can follow him up there. The MHA hero must try something else.

There's no time to charge up a Howitzer Impact, so Bakugo will next try the Stun Grenade. Shinra has no defense against that, especially if he can't see it coming. Bakugo can land a free hit this way, ideally with AP Shot, which will deal some serious damage. Fortunately for Shinra, he is naturally resistant to such elemental attacks and won't get knocked out. Now he can use his hand seals to focus his flames even more, but this time, Bakugo is too slow to stop him.

Shinra can run in circles around Bakugo and deliver heavy, focused attacks, destroying his costume braces with ease. Finally, he can find an opening and deliver a powerful kick to Bakugo's head, knocking him right out. The Fire Force fighter wins. 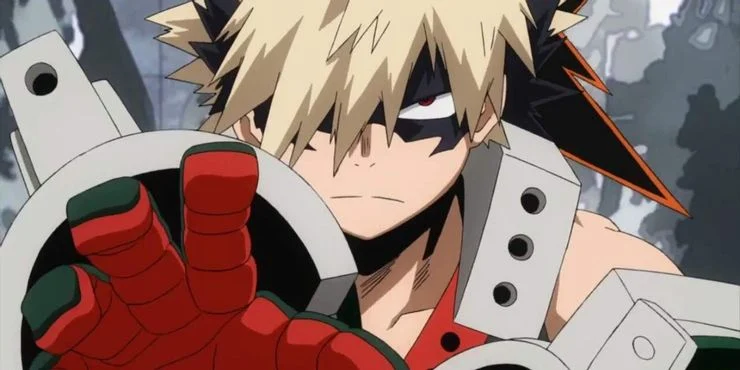