The staff for My Hero Academia THE MOVIE: World Heroes' Mission, the third anime film in the My Hero Academia franchise, announced on Monday that the "Plus Ultra" version of the film's Blu-ray Disc and DVD release in Japan will include the "Tabidachi" (Depature) anime, an adaptation of the "No.XXX Hawks: SOOTHE" manga, as a bonus extra. The manga was a special giveaway for those who watched the film in Japan. 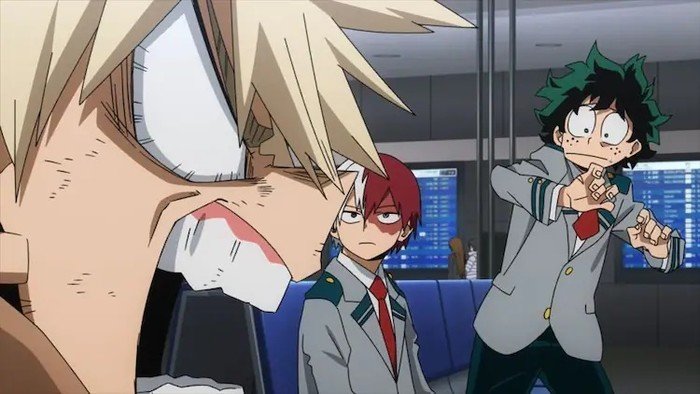 The home video release will ship in Japan on February 16. 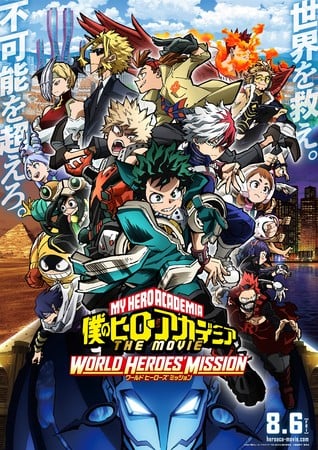 The film opened on August 6 in Japan, and has earned a cumulative total of 3,183,773,400 yen (about US$28.68 million) as of September 26. The film is the highest-earning among all three My Hero Academia franchise anime films, surpassing the 1.79 billion yen (about US$16.2 million by current conversion) of the second film, My Hero Academia: Heroes Rising.

Funimation opened the film in the United States on October 29, and it debuted at #2 in the U.S. box office on its opening day, earning an estimated US$2,882,381 in 1,602 theaters. The film earned about US$6,403,286 in the United States from October 29-31, ranking at #4 for its opening weekend. The film eventually earned over US$10 million at the North American box office.

In the story of My Hero Academia THE MOVIE: World Heroes' Mission, a mysterious organization dedicated to the destruction of people with Quirks has issued a threat and set bombs all over the world. Pro Heroes and those in Hero Internships scramble to find the bombs. Deku, Bakugo, and Todoroki encounter Rody, a boy living in a mobile home in their designated area of Otheon, and end up working with him.