As My Hero Academia continues to lay the groundwork for the rising threat of the Meta Liberation Army, Season 5, Episode 15 gives the audience the first shadowy glimpse of the people behind this radical movement. During Hawks' continuing undercover operation, he stands before a panel comprised of the League of Villains and a few anonymous businesspeople. The leader of this movement appears to be the mysterious man only fully seen in the opening credits, as he is the only person other than the League of Villains who speaks. 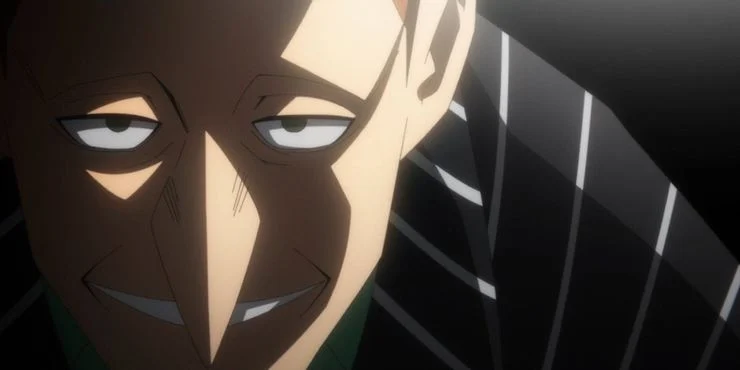 This man appears to be a devout supporter of the Meta Liberation Army's philosophy, commending Hawks' understanding of the book's message. He and his constituents appear to be using an extremely practical approach to their revolution, taking a hero's fan demographic into account when considering that hero's usefulness to their ambitions. Unfortunately, Hawks' ploy of using this book to send coded messages could backfire, as it may end up helping spread the group's ideology.

The League of Villains, who usually hang out in bars or abandoned warehouses, seem out of place in a conference room with tablets in front of them. Those present, Dabi, Toga, Twice, Spinner and Mr. Compress, don't seem overly interested in the Meta Liberation ideology. They appear to be more concerned with Class 1-A than anything else. Interestingly, the League of Villains is clearly not in charge of this operation, merely having a figurative and literal seat at the table. 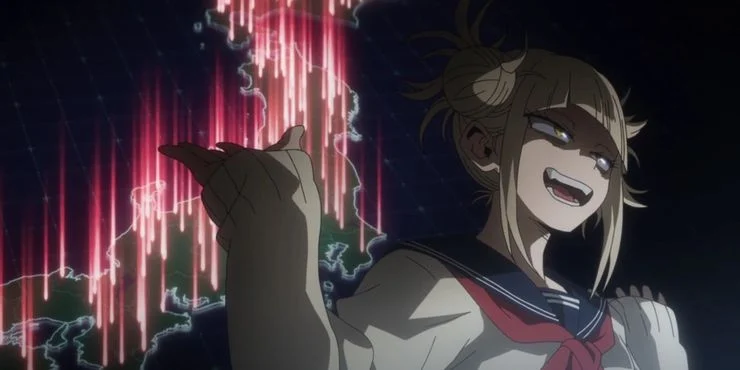 Despite being the leader of the League of Villains, Tomura Shigaraki is noticeably absent from this gathering. Historically, he is not a fan of being someone's subordinate, so his failure to attend this meeting may be a power play, or something more sinister. It's unclear what kind of role the League of Villains is going to play in this movement, as Shigaraki is off laughing maniacally in a pile of rubble while the rest of his partners sit in on a Meta Liberation Army meeting.

Until more is revealed about the mystery man who appears to be the driving force of this rising movement, the tension in My Hero Academia is going to continue to mount. As Overhaul can attest, the League of Villains is only ever out for themselves. Their involvement in this new threat could spell trouble for everyone. After all, the Meta Liberation Army wants to change the world but, according to Toga, Shigaraki is going to destroy it.