The official website for the My Hero Academia anime revealed details and a visual on Friday for the second episode that will screen and stream as part of a new two-episode anime special this summer. 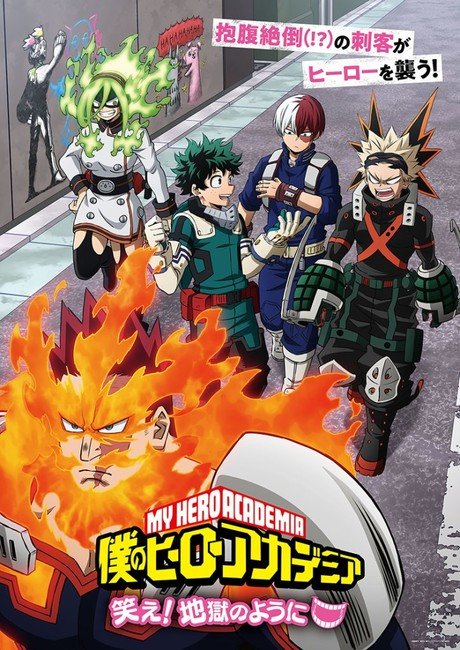 The second episode is titled "Warae! Jigoku no Yō ni" (Laugh! Like Hell). The episode will take place during the "Internship at Endeavor's Agency" arc from the show's fifth season. A string of graffiti incidences happen across Endeavor's jurisdiction during winter vacation, and the culprit is a self-proclaimed artist named Mr. Smiley. Due to Mr. Smiley's Quirk, he's able to evade capture. The police ask Endeavor for help but since he considers it a minor offense, he tells the police to deal with it themselves. That is, until Mr. Smiley vandalizes Endeavor's own house with graffiti.

Both episodes will screen in Japan on June 16-19 before streaming online this summer. 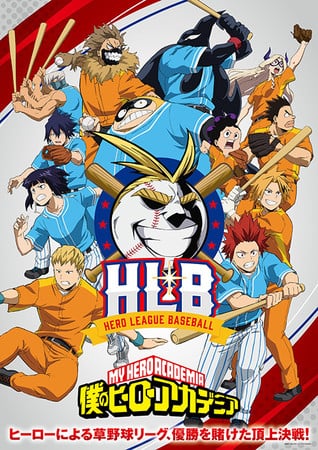 The other episode will have an original story centering on baseball-loving pro heroes who form Hero League Baseball (HLB). This season the Gang Orca-led Orcas and the Shishido-led Lionels are vying for the top. Both teams are determined to win, and so they call upon the students at U.A. for support. All players are allowed to use their Quirks in the upcoming game.

The anime's sixth season will premiere this fall.

The show's fifth season premiered in Japan in March 2021, and aired for 25 episodes.