My Hero Academia: Is the League of Villains Even a Threat Anymore?

My Hero Academia's villainous All For One founded the League of Villains to tear down superhero society and impose chaos on the world, inspiring many followers to join him -- including Tomura Shigaraki. AFO's legacy lives on, but Tomura struggles to carry the torch and keep the flame of villainy lit in Season 5 of the anime.

Compared to All For One or even Overhaul the Yakuza boss, Tomura has relatively little experience with leadership and combat, and now he faces his greatest challenge yet: the Meta Liberation Army, which seeks the League's destruction. 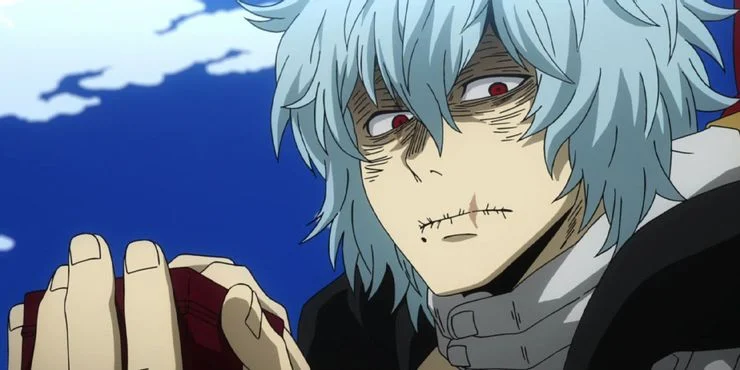 Tomura seeks to gain greater power from Dr. Garaki, an old associate of All For One's, but Garaki won't just hand it over. The doctor challenges Tomura to defeat the titanic Gigantomachia, but he hasn't been successful even after weeks of fighting. Then he gets some bad news: the Meta Liberation Army is openly hostile to his League of Villains and its leader, Re-Destro, declares war. He also reveals he has a satellite to track the League's actions. Tomura can't make a single move without his new Army foes knowing it, and worse yet, the MLA boasts over 110,000 members in its ranks while the League has only a handful of fighters left.

On top of that, Giran has been captured and is now Re-Destro's prisoner. Without any more Nomu on hand to use, Tomura knows he can't win this fight fairly. Recent League activity in My Hero Academia has shown that the villains have few Nomu left, and they go to great lengths not to waste them. Tomura and the flaming Dabi are the League's two strongest fighters, but not even they can fight 110,000 people at once and win. Once the fight starts in Season 5, Episode 21, it becomes clear they're doomed to fail, and not even Himiko Toga's best tricks can undermine the Army. Tomura's on the ropes, but he has a few cards left to play.

The League Of Villains' Remaining Options 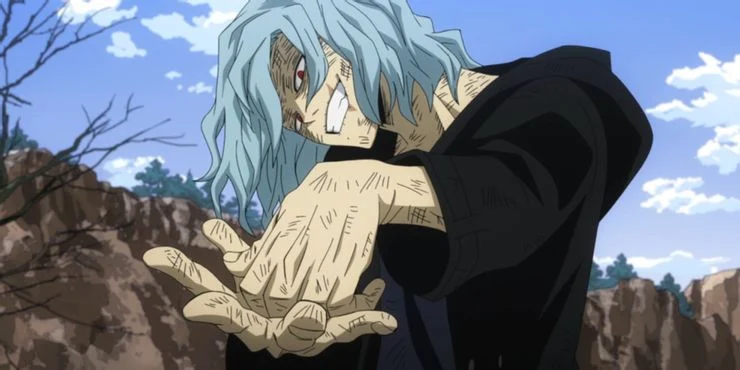 Tomura faces Gigantomachia on one side and the Meta Liberation Army on the other. It looks like a hopeless two-front war, but Tomura has realized he can pit his two enemies against one another, luring Gigantomachia to the Army to force them to wipe each other out. Thanks to Overhaul, he also retains possession of those Quirk-erasing bullets but hasn't yet used them, and it's unclear if he even has them on hand during this villain-vs-villain battle. Tomura's enemies are so numerous, those few bullets might not help anyway.

More recent developments in My Hero Academia should help boost Tomura's odds of survival, if not victory. With his Decay Quirk powered up, he can rot many people away without even touching them, while Himiko can now use the Quirks of those she imitates. These along with Gigantomachia are helpful assets, but even if Tomura and the League defeat the Meta Liberation Army somehow, the League may still be too small to take on all Pro Heroes and hero students, especially with Endeavor becoming more comfortable as the new #1 hero.

Tomura's best bet for now is merely to survive the Army's attack and fight them to a standstill, then negotiate with them to either call a truce between the Army and League, or combine the two villainous factions into one. Their goals are similar, so it may be feasible for them to take on the heroes together and eliminate inter-villain fighting once and for all. If Tomura's diplomacy skills are up to snuff, that ideal situation may soon become reality as My Hero Academia continues.