My Hero Academia: Could Eri Heal All Might With Her Rewind Quirk?

My Hero Academia features a future setting where supernatural Quirks are absolutely everywhere, and some Quirks are truly unique, even game-changing as the Quirk singularity approaches. During the events of Season 4, one of the series' youngest characters, Eri, showcased what could be a revolutionary Quirk: Rewind.

With this Quirk, Eri can revert a person's body to an earlier state, and she was seen using her Rewind ability to constantly heal Izuku's damaged body during the final fight with Overhaul. In theory, Eri could also use her Rewind ability to heal pro heroes who were injured in combat, such as All Might, and become the next Recovery Girl. But it might not be that easy.

How Does Eri's Rewind Quirk Work?

Eri's Rewind Quirk has enormous potential, but tapping into that potential to heal All Might is the real issue, and such a problem isn't so easily fixed. Some Quirks are much easier to control than others even when the user is a student at U.A., let alone a traumatized youth like Eri. There are also serious risks involved with Eri's Quirk even under the best of circumstances. Eri has no formal training, and she also has mental scars from her time under Overhaul's thumb. She is slowly recovering at U.A. and learning to have a normal childhood, but there is a lot of work to be done, even without her Quirk.

Eri's Rewind Quirk has already gone out of control once before when she used it by accident and rewound her father out of existence. She took a grave risk in using it to heal Izuku, but fortunately for them both, Eri maintained control, and she didn't let her heightened emotions take over during the Overhaul battle. For now, Eri's primary caregivers, Mirio Togata and Shota Aizawa don't want Eri using her Rewind ability at all, and for good reason. No one would want Eri to risk using  Rewind Quirk on All Might to heal his wound and restore his muscle form, least of all All Might himself. He may be retired, but there's no need to risk rewinding him out of existence. Even as a retiree, he can still be a benefit to Izuku and the other U.A. students. Most of all, All Might doesn't even have the faintest dregs of One For All left, so his restored muscle form would do limited good anyway. He'd be a fixed but empty vessel in the best of cases. 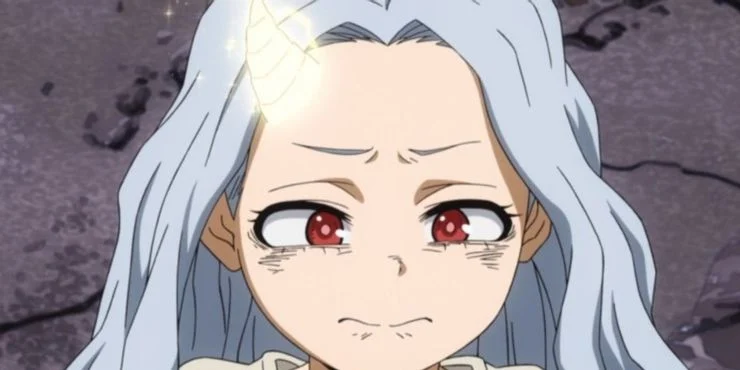 Eri's & All Might's Roles In The Story

Using Eri's Quirk is dreadfully risky, and U.A.'s staff couldn't find a safe way to train the Rewind Quirk or hone its use, even with Neito Monoma copying it with his own Quirk. It's just as well -- from a storytelling standpoint, Eri shouldn't even try to heal All Might and restore his muscle form.

All Might had his golden age already, and he passed on One For All to Izuku because he recognized that Izuku has the true heart of a hero. All Might knows that One For All is a living legacy and not something unique to him, and All Might's role in the story is to represent power and justice being handed from one generation to another. Even the intro credits scene to My Hero Academia clearly depicts All Might fading away and Izuku and Katsuki Bakugo fading in, and having Eri heal All Might would sabotage and contradict that message. This could lead to a confusing and messy narrative. Instead, Izuku is the focus now, and his destiny with All For One awaits. All Might is humble and wise enough to fade into the background and trust Izuku to finish what he and the other OFA wielders started.

Finally, Eri isn't interested in becoming a support hero or having her Quirk used by any side, whether good or evil. Until now, her entire life has been dictated by her Quirk and the exploitation thereof, and no doubt Eri wants to focus on having an ordinary childhood, regardless of Quirks. Her character arc is based on healing, not fighting. What's more, Eri is symbolic of the impending Quirk singularity, where Quirks spiral totally out of control and no one, not even pro heroes or the police, can handle them. One day, every child might be like Eri, powerful but frightened youths who don't understand their gifts. If Eri tamed her Quirk and healed All Might that easily, her symbolic status would be sabotaged. The whole point of her character is that her wild, scary powers cannot be tamed or easily used. Eri and her Quirk are a force of nature, a fearsome portent of what is to come. 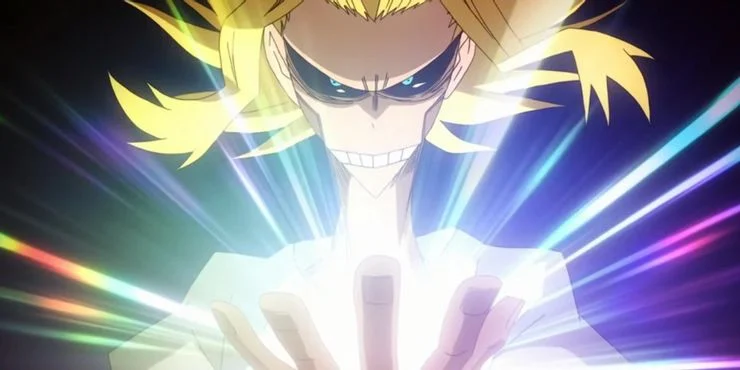