My Hero Academia: All the Signs Bakugo Is Fated to Be the Next Endeavor

My Hero Academia has many trademarks of the shonen genre, from gradually powering up the main character to intense rivalries that can bring out the best -- or perhaps worst -- of each character involved. Izuku Midoriya strives to emulate his idol, All Might, while Katsuki Bakugo is, in many ways, becoming more like the Pro Hero Endeavor.

Though Bakugo shares Izuku's idolization of All Might and doesn't actually intend to be like Endeavor, it's proving to be a positive trend for Bakugo's character. If he isn't careful though, he might go down the same dark path Endeavor once did. 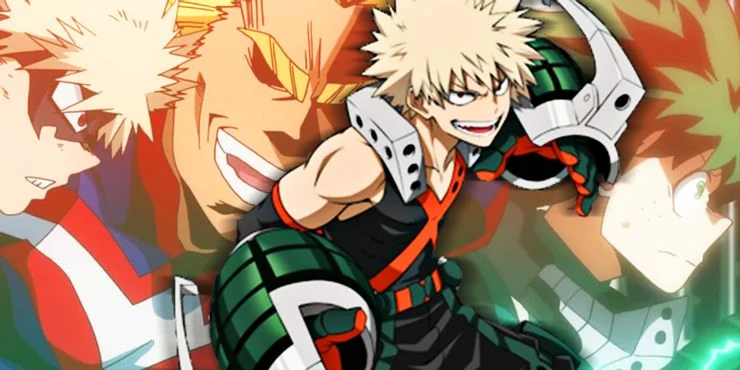 Despite Bakugo's aim to personally surpass All Might as the next symbol of peace, his personality and recent plot twists make it clear he is straying further and further from emulating his hero, and closer to becoming MHA's new Endeavor. It's up to Bakugo to make the most of this and avoid falling into the same traps Endeavor once did, since both characters walk a fine line between hero and villain at times. In terms of their personalities and Quirks, Bakugo and Endeavor are ripe material for becoming villains, with only their personal convictions keeping them on the Pro Hero side.

Bakugo and Endeavor are ferocious and self-absorbed heroes driven not by the power of friendship, but by confidence and aggression bordering on arrogance. This is an effective but risky method, and both characters have come remarkably far with their borderline villainous motivation and mindset. Bakugo has cooled down slightly since learning the truth of One For All, but as a whole, his personality is much less like All Might's and more like Endeavor's.

Both characters also have similar heat-based Quirks, and at this rate, Bakugo's Explosion Quirk might outstrip Endeavor's own Hellflame Quirk with more training and experience. Recent episodes of My Hero Academia acknowledge how similar their Quirks are, with Endeavor personally noting the similarity and giving Bakugo specialized instructions and tips for how to control Explosion. With enough training, Bakugo was able to keep pace with Endeavor's reckless speed while patrolling the city and responding to emergencies.

How Bakugo's Relationship To All Might, Izuku & One For All Mirrors Endeavor 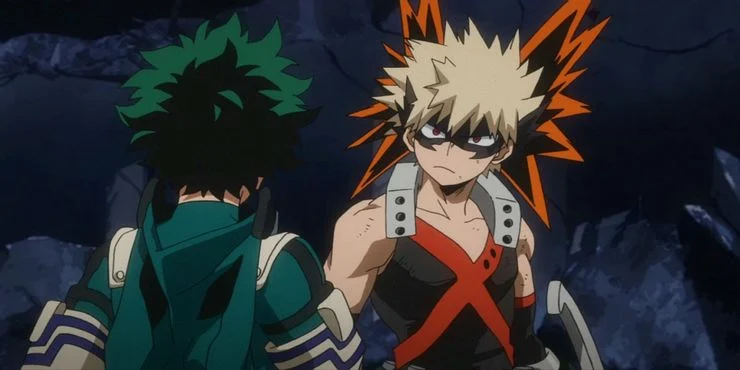 Bakugo mirrors Endeavor in external ways too, namely their relationship to One For All users. Endeavor bitterly envied All Might's invincible power and OFA usage, and his natural Quirk only got him so far as the second-best Pro Hero. Now in a new generation of superheroes, Bakugo has an incredible Quirk but feels second-best to One For All's newest user, Izuku. Once again, OFA pushes its user to the top while a hotheaded rival struggles in vain to surpass its wielder.

This rivalry has driven Bakugo and Endeavor to extremes. Endeavor entered a Quirk marriage despite its controversy to sire a tailor-made child who could surpass All Might, with Shoto Todoroki being the desired result. Bakugo, who is too young for such a thing, channeled his intense feelings negatively, to the point of sabotaging Izuku while assigned to fight All Might. Both cases show how far Endeavor and Bakugo will go to prove themselves superior to One For All users, with mixed and questionable results at best. Both characters are distinctly self-centered that way.

Recent My Hero Academia manga chapters draw a more positive parallel between Endeavor and Bakugo. Endeavor is currently on a personal quest to atone for his past wrongs, and Bakugo openly has apologized to Izuku for his extreme behavior. While they cannot erase their past wrongs, they can still take responsibility as people and as Pro Heroes, setting a better example for everyone going forward.