Many anime series depict characters with supernatural abilities, some of which are truly astonishing, though their wielders don't always know how to make the most of them. For example, Valac Clara from Welcome to Demon School, Iruma-Kun! and Momo Yaoyorozu from My Hero Academia can both create items from thin air, but these abilities are not exactly identical.

Momo Yaoyorozu's Quirk is called Creation, and Valac Clara has two pockets on her school uniform skirt that can duplicate items or even summon living things with a touch. These are both remarkable abilities, but one of them is distinctly more useful than the other, and between Momo and Clara, only one of them is best-suited to wielding such creation abilities.

Momo Yaoyorozu's Creation Quirk allows her to create non-organic items and materials from her exposed skin, and lipids in Momo's body serve as fuel for this Quirk. As Momo told her classmates once, the more she eats, the more items she can make before getting exhausted. Organic materials such as hair or leather are impossible to make, but many other materials such as metal, plastic, glass and foam are all options. Momo tends to make mechanical items with her Quirk, since such things don't involve organic materials, and she has made such things as working gas masks, stereo speakers, metal shields, functioning cannons, trebuchets and even a replica of Shota Aizawa's capture ribbon during a final exam with Shoto.

Momo's Quirk is also limited by its user's knowledge of an item's composition and inner workings, but fortunately for Momo, she has a genius IQ and spent a lot of time studying as a child. Now, as a trainee hero at the U.A. school, Momo can create complicated mechanical devices and machines with ease, having the mental capacity to comprehend and memorize how such things work. It is likely that Momo's Creation repertoire will keep growing as she studies more tech manuals and other references. 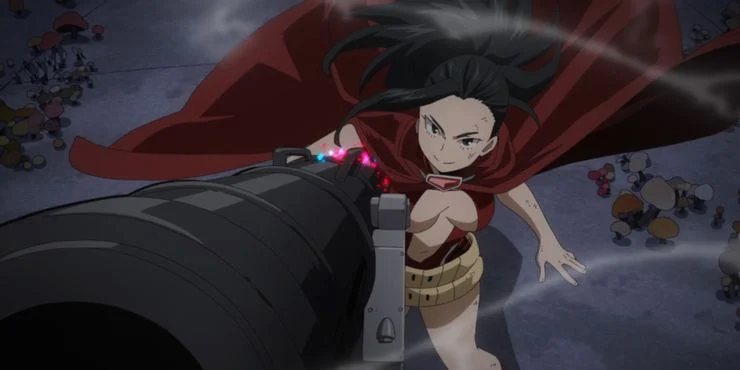 Valac Clara can use magic, just like most other demons at the Babyls school, and her Summon magic allows her to duplicate any item that she has seen before in perfect detail. Unlike Momo, Clara does not need to understand an item's composition or inner workings to duplicate it, though she must have seen it in person, meaning that she cannot make something based on blueprints or tech diagrams. Moreover, unlike Momo, Clara's Summon magic can conjure living things or organic materials, such as edible food; in this case, rather than actually making such things, Clara's Summon ability will teleport these animals or food items from elsewhere.

Valac Clara's Summon magic does not cost her any energy, but it does have one major limitation: she must pat her pockets twice to activate her ability. Under most circumstances, this isn't much of an issue, but if Clara's arms are restrained or she otherwise cannot reach her pockets, her Summon magic is unusable. This also means that Clara must be wearing her uniform skirt, since that's where she's sewed her pockets. If Clara is in another outfit, her magic is impossible to use. 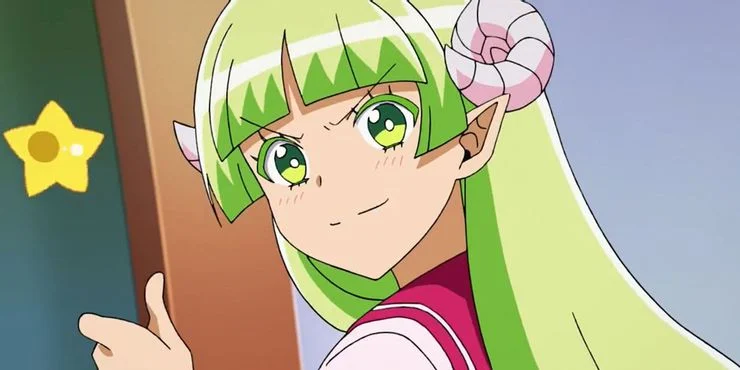 Which Creation Ability Is Stronger?

Valac Clara's Summon magic is more powerful than Momo Yaoyorozu's Creation Quirk in its own right since it costs no energy to use and can summon living things and food, where Momo's ability cannot. These are serious advantages, despite the downsides of Clara needing to wear the correct clothes and pat her pockets twice to use her Summon magic. Clara's ability is even faster than Momo's, being able to produce a full-sized vending machine in seconds while Momo's Quirk takes longer to make large items, such as the oversized stereo she uses against Saiko Intelli in the provisional hero license exam.

However, Momo Yaoyorozu is a stronger wielder of creation abilities, having a genius IQ coupled with the practical, quick-thinking mind of a support hero who must be flexible and resourceful in combat. With that in mind, Momo closes the gap between herself and Valac Clara a great deal, even if Clara is the one with the greater supernatural gift in the end. 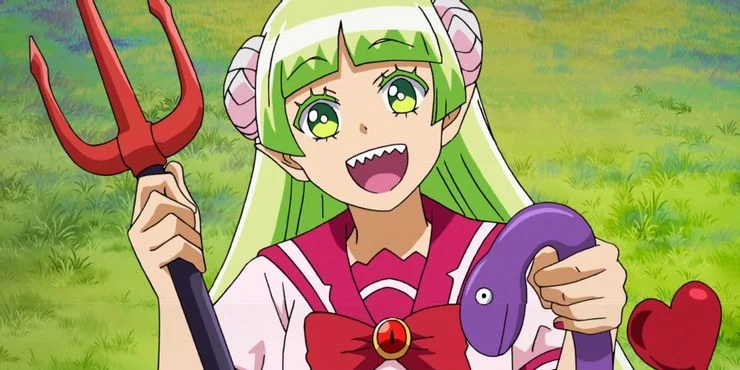