Mashle: Magic and Muscles Manga Gets TV Anime in 2023 (Updated With English Video)

This year's 31st issue of Shueisha's Weekly Shonen Jump magazine revealed on Monday that Hajime Kōmoto's Mashle: Magic and Muscles manga is getting a television anime in 2023. The magazine also revealed a teaser visual. 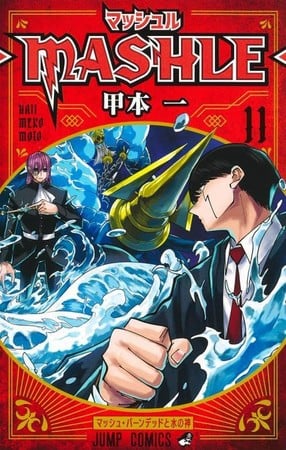 The manga entered its final arc with the 12th volume, which also shipped on Monday.

Both Viz Media's Shonen Jump service and Shueisha's MANGA Plus service are publishing the manga digitally in English. Viz Media is also releasing the manga in print. Shueisha describes the manga:

This is a world of magic where magic is used for everything. But deep in the forest exists a young man who spends his time training and bulking up. He can't use magic, but he enjoys a peaceful life with his father. But one day, his life is put in danger! Will his muscular body protect him from the magic users who are out to get him? Powerfully trained muscles crush magic as this abnormal magical fantasy begins!

The series launched in Weekly Shonen Jump magazine in Japan in January 2020.

Update 2: Aniplex of America revealed an English version of the announcement video at its panel at Anime Expo on Sunday.