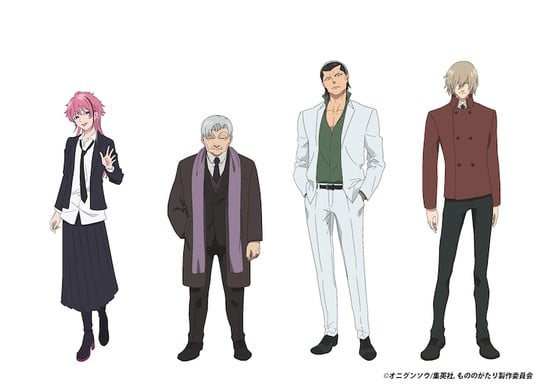 The new cast includes: (from left to right in image above)

The anime will premiere on Tokyo MX, BS11, and other networks on January 9 at 12:00 a.m. JST (effectively, January 10). Crunchyroll will stream the series in January worldwide excluding Asia. 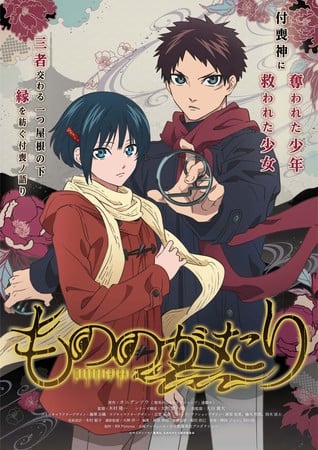 Ryuichi Kimura (Kemono Friends 2, Aikatsu!) is directing the series at BN Pictures. Keiichirō Ōchi (The Quintessential Quintuplets, The Demon Girl Next Door) is in charge of series composition. Shiori Fujisawa is designing the characters. John Kanda and XELIK are composing the music. ARCANA PROJECT is performing the opening theme song "Koigoromo" and TRUE is performing the ending theme song "rebind."

Seven Seas is releasing the manga in English. The company describes the story:

When spirits cross over into the human world, they can possess old objects and gain a physical form: a tsukumogami. Tsukumogami can be gentle, violent, or somewhere in-between, so the Saenome clan peacefully helps send them back to the spirit world to avoid destruction.

Kunato Hyouma is a member of the clan, but is...less than peaceful, since he holds a grudge from when a tsukumogami robbed him of something important. Afraid that Hyouma's brash anger in dealing with these spirits will lead to supernatural catastrophes, Hyouma's grandfather sends him to live in Kyoto with Nagatsuki Botan, an unusual young woman who actually lives with tsukumogami like family! Can Hyouma learn to control his emotions when dealing with tsukumogami, or is his own spirit doomed to be possessed with rage forever?

Onigunsō launched the manga in Shueisha's Miracle Jump magazine in April 2014, and the manga switched to Ultra Jump in January 2016. The manga also runs on Shueisha's Shonen Jump+ website.