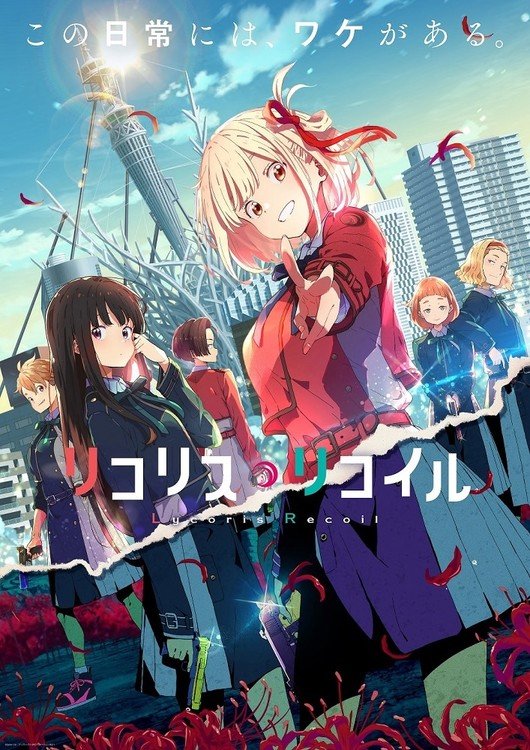 The anime will premiere on the Tokyo MX, Tochigi TV, Gunma TV, and BS11 channels (as well as on the Abema streaming service in Japan) on July 2 at 11:30 p.m. (10:30 a.m. EDT). It will also run on the Asahi Broadcasting Corporation TV, Mētele, and AT-X channels, plus on several streaming services in Japan. 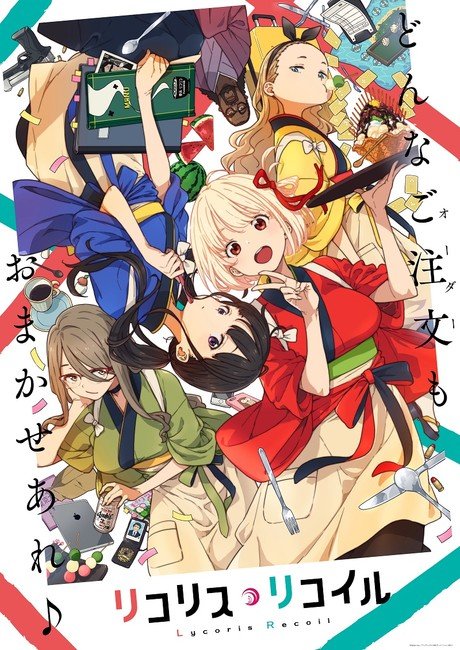 The story depicts the "absurd daily life" in "Lyco-Reco" (Riko-Riko) a Japanese-style cafe in the old downtown area of Tokyo. The cafe takes in orders for anything from delicious coffee to sugary sweets ... and perhaps a little something extra like dealing with kids, business negotiations, love advice, one-on-ones about zombies and giant monsters, and more. "No matter what you order, we'll serve it up...!" 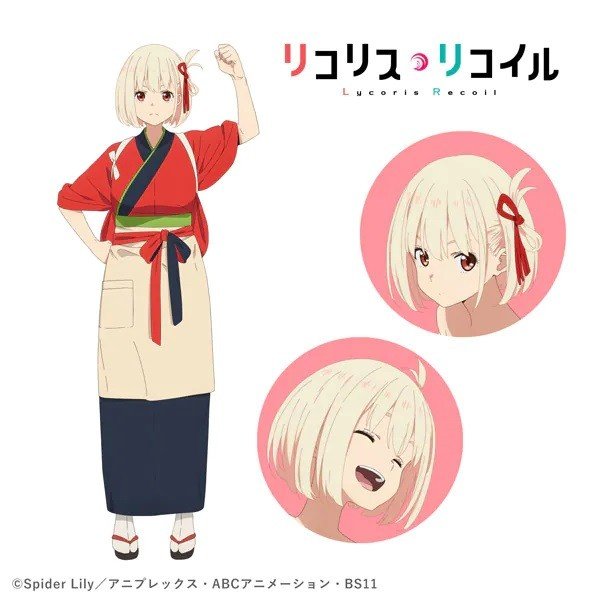 Shion Wakayama as the more reserved and serious Takina Inoue 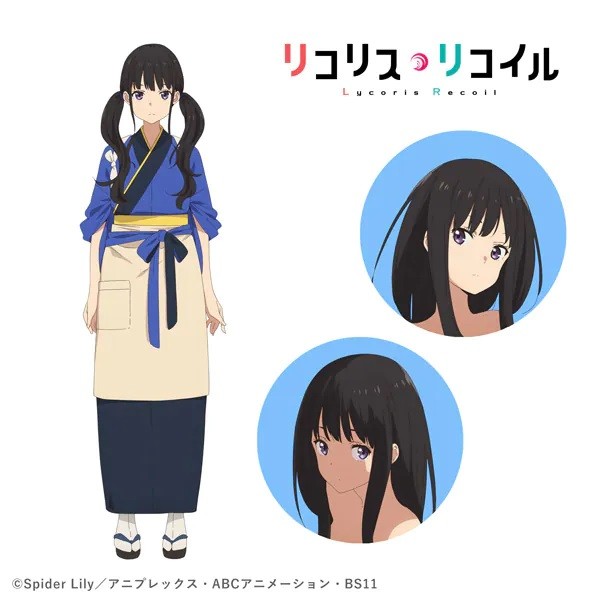 Ami Koshimizu as Mizuki Nakahara, who is around 30 and desperately seeking marriage 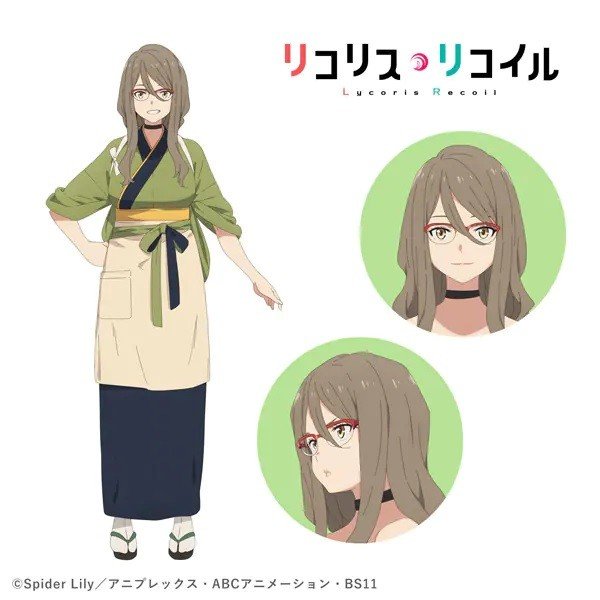 Misaki Kuno as Kurumi, who doesn't want to work 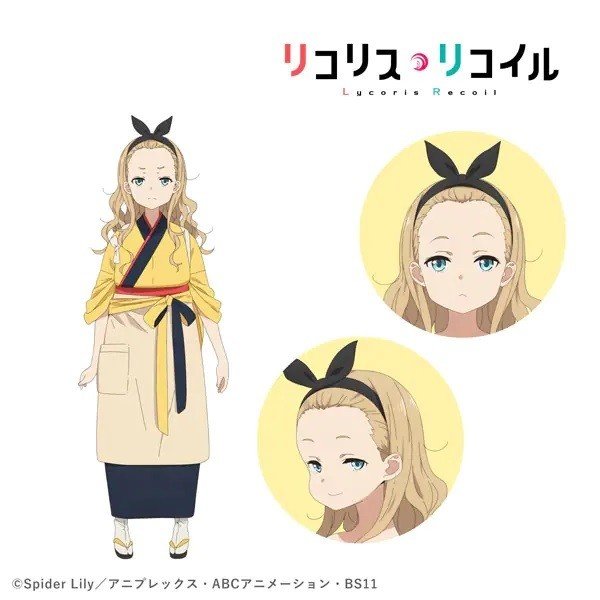 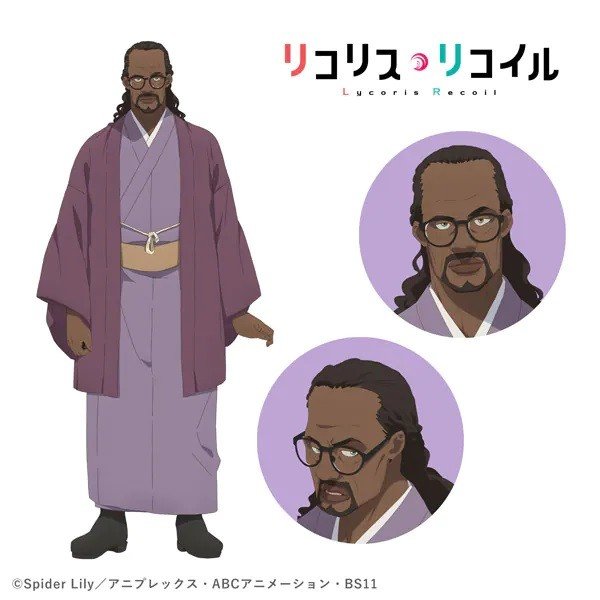 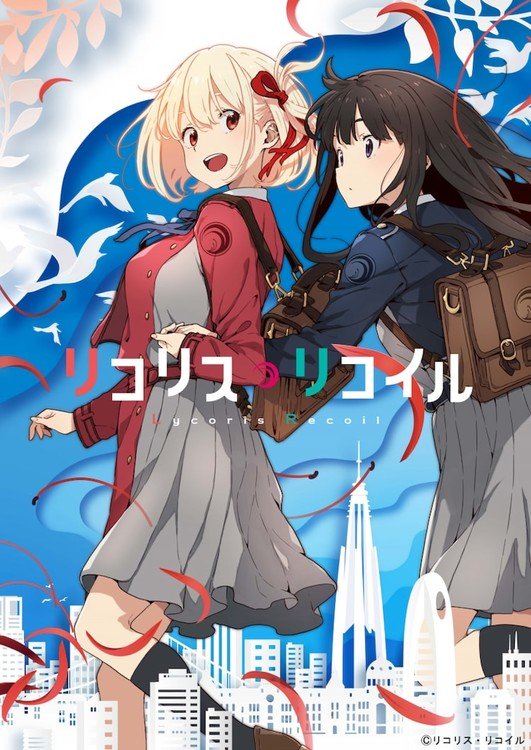 The anime is Adachi's directorial debut. Before this anime, Adachi was the character designer and chief animation director for Sword Art Online and Wagnaria!! (Working!!). Imigimuru (This Art Club Has a Problem!) is designing the television anime, and A-1 Pictures is producing the project. Ben-To author Asaura drafted the story. Kimika Onai (Nogizaka46, Sakurazaka46 outfits) designed the characters' uniforms.

The series will premiere in July. Anzai and Wakayama will appear at the advance screening of the first three episodes at TOHO CINEMAS Kinshichō Rakutenchi theater in Tokyo on June 12.