The official website for the television anime of Hiroshi Noda and Takahiro Wakamatsu's Koi wa Sekai Seifuku no Ato de (Love After World Domination) manga began streaming a new promotional video for the anime on Wednesday that highlights the Gelato Five characters.

The site also revealed that the show will premiere on April 8. The show will broadcast on AT-X, Tokyo MX, BS-Asahi, and TV Aichi, and will stream on FOD. 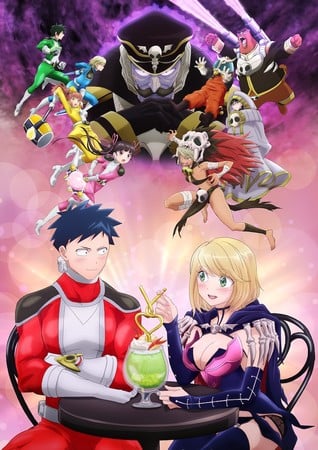 Funimation had previously announced it would stream the series as it airs, but Funimation and Crunchyroll announced on Tuesday that starting with the spring season, all of Funimation's licensed anime will stream on Crunchyroll only.

Kazuya Iwata (Cute Executive Officer) is directing the anime at project No.9, and Satoru Sugizawa (Cute Executive Officer) is in charge of the series scripts. Akemi Kobayashi (Air movie, Chi's Sweet Home, Prétear) is designing the characters. Satoshi Motoyama is directing the sound, and Satoshi Hōno and Ryūnosuke Kasai are composing the music. Pony Canyon and App Dream are producing the music, and Dream Shift is producing the overall project. Masayoshi Ōishi and Yukari Tamura are performing the opening theme song "Koi wa Explosion (feat. Tamura Yukari)" (Love Is an Explosion), and DIALOGUE+ is performing the ending theme song "Koi wa Sekai Teiri to Tomo ni" (Love With the World Theorem).

Kodansha Comics began releasing the manga in October 2021 digitally, and it describes the story:

There are two sides to every coin...light vs. dark, good vs. evil, love vs. hate. Sometimes the line between the two grows thin...and it's so, so easy to cross. So it's no surprise that Fudo Aikawa, A.K.A. Red Gelato of the Gelato Five and hero to all people, just may have happened to fall for the villainess and member of the shadow organization Gekko, Desumi Magahara! But when opposites like these attract, there's more than a few obstacles to their love...! What's a pair like this to do?