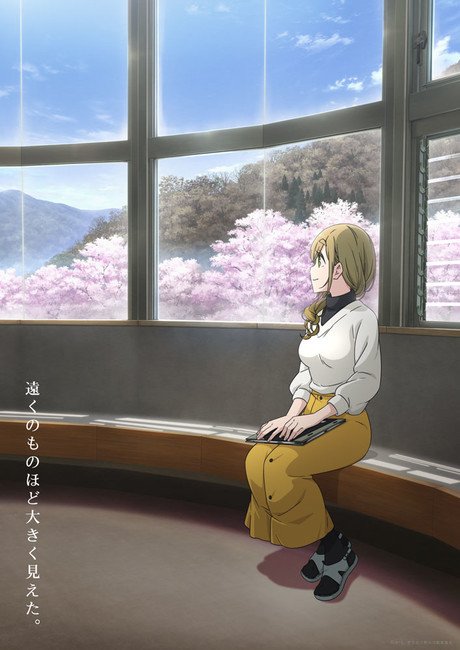 The film staff is posting a series of "candid photo visuals" of the characters in their daily life before the film opens. The first visual features Nadeshiko Kagamihara hanging out a sleeping bag and blankets to dry on her veranda, and the second features Rin Shima taking a walk past skyscrapers at night, her warm breath visible in the chilly air. The third visual features Chiaki Ōgaki sitting by the roadside to drink, while flags of the real-life Taihaku Cherry Blossom Festival wave in the background.