Aniplex began streaming a teaser promotional video for the television anime of Kōko Shirakawa's Kōkyū no Karasu (A Raven in the Harem) novel series on Thursday. The video previews the characters' voices: 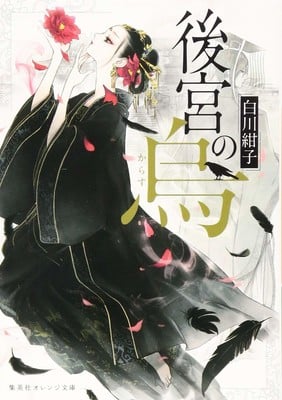 The novels' story centers on Uki, an imperial concubine who has never been called to the emperor's bedchambers, and maintains a singularly unique life within the harem chambers. Seen by some as having the appearance of an old woman, and some others as a young lady, she is knowne to use mysterious magic that helps with everything from finding lost items to inflicting curses. When a circumstance makes the emperor call on her, their meeting will change history.

Shirakawa launched the novel series with illustrations by Ayuko (The Earl & the Fairy) in April 2018. The seventh and final volume shipped on Thursday.