Kiyono Yasuno as Witch Regret, one of the Four Shining Stars 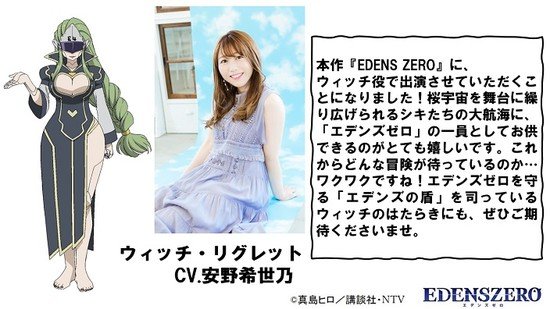 Daisuke Namikawa as Justice, a member of the Cosmic Government's Interstellar Union Army 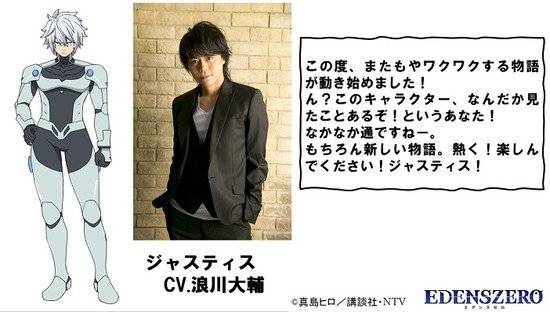 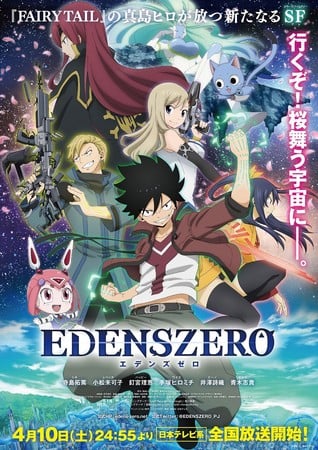 The anime premiered on NTV and other channels on April 10 at 24:55 (effectively, April 11 at 12:55 a.m.). In Japan, the show premiered streaming on Netflix and Hulu on April 10, and is also streaming on other services in Japan. The show will stream on Netflix outside of Japan this fall.

Shinji Ishihara (Fairy Tail, Log Horizon) is the chief director of the anime at J.C. Staff, and Yūshi Suzuki (episode director for Fairy Tail season 3) is directing the anime. Mitsutaka Hirota (Zoids Wild, Rent-A-Girlfriend) is overseeing and writing the series scripts, and Yurika Sako (key animation for Food Wars! The Third Plate) is designing the characters for animation.

Kodansha Comics publishes the manga in English both digitally and in print. The company describes the story:

At Granbell Kingdom, an abandoned amusement park, Shiki has lived his entire life among machines. But one day, Rebecca and her cat companion Happy appear at the park's front gates. Little do these newcomers know that this is the first human contact Granbell has had in a hundred years! As Shiki stumbles his way into making new friends, his former neighbors stir at an opportunity for a robo-rebellion…And when his old homeland becomes too dangerous, Shiki must join Rebecca and Happy on their spaceship and escape into the boundless cosmos.

The manga is also inspiring a 3D action RPG for consoles, and a top-down RPG for mobile devices. Konami is developing the games.