The official website for Kaginado (Key, Etc.), the first crossover anime series featuring the franchises by Visual Arts' Key brand, announced on Wendesday that the anime will get a second season in April 2022. 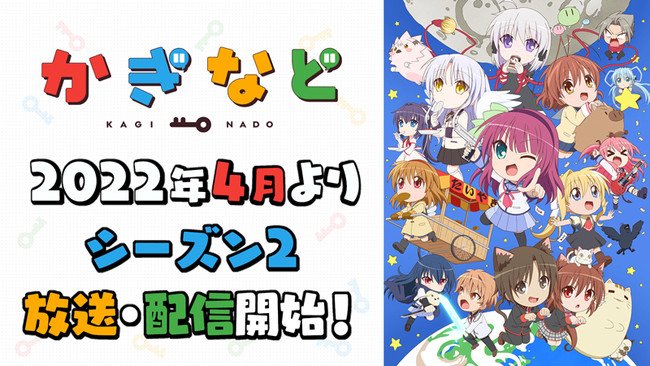 The 12th and final episode of the anime's first season premiered on Wednesday. 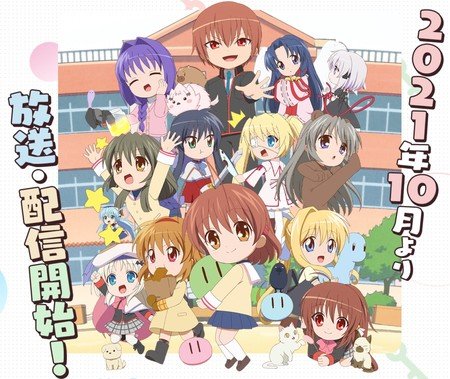 Kazuya Sakamoto (Tabi-Hani) directed the anime at LIDEN FILMS Kyoto Studio. Takashi Aoshima (Rewrite episode script writer) was is the chief writer, and penned the scripts alongside Kai and Tōya Okano. Eriko Haga is designing the characters. Kazunari Araki was credited for prop design. Yukihiro Shibutani was the art director, while Asami Kitsukawa was the color designer. Tomoaki Suzuki was the compositing director of photography. Kazuo Kajikawa was credited for editing. Akane Maeda was the sound director. Tohoku Shinsha Studio was credited for sound production. Visual Arts/Key was credited for the music.

The chibi-character anime is a crossover of some of Key's most popular visual novel and anime titles, including Kanon, Air, Clannad, Little Busters!, Rewrite, and planetarian.

Among the franchises in the crossover anime, noted Key writer Jun Maeda wrote the original visual novels for all but Rewrite, and also worked on the music for all of them (including Rewrite).