The staff for the television anime of Kyo Shirodaira and Chasiba Katase's In/Spectre (Kyokō Suiri or Invented Interface) manga began streaming the second promotional video on Monday for the second season. Crunchyroll also streamed a subtitled trailer for the anime at its panel at Anime Expo on Sunday, but the video online is not available in Asia and some of Africa. 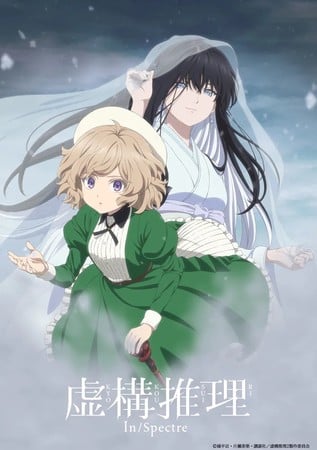 The anime will premiere in January 2023, after a delay from October 2022. Crunchyroll will stream the series.