In Another World With My Smartphone Anime's 2nd Season Previewed in Video, Visual

The official website for the second season of the television anime of Patora Fuyuhara's In Another World With My Smartphone (Isekai wa Smartphone to Tomo ni.) light novel series revealed a new visual, promotional video, and April 2023 debut on Friday. 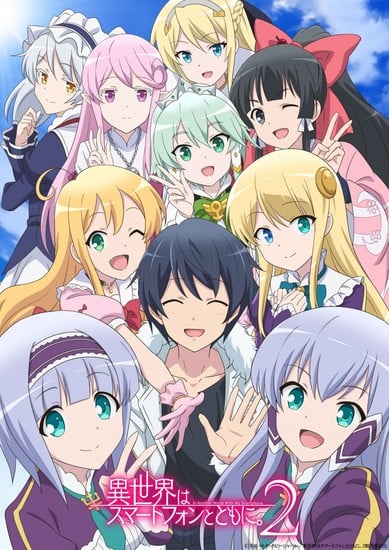 The new season will include a returning cast. New cast members for the second season include:

The second season will feature a new staff and animation studio. Yoshiaki Iwasaki (Do You Love Your Mom and Her Two-Hit Multi-Target Attacks?, Love Hina) is directing the anime at J.C. Staff. Deko Akao (Komi Can't Communicate, Snow White with the Red Hair) is handling series composition. Chinatsu Kameyama (Kemono Michi: Rise Up) is serving as character designer and chief animation director. Eiji Iwase (No Game, No Life) is the art director. Eiko Nishi (Tokyo Ghoul:re) is in charge of color design. Yutaka Kurosawa (Food Wars! Shokugeki no Soma) is the director of photography. Ayumi Yamagishi (REAL-T) is the editor. Kei Yoshikawa (Mobile Suit Gundam AGE, Love of Kill) and Kōhei Yamada are composing the music at Pony Canyon. Takumi Itō (Let's Make a Mug Too) is directing the sound. 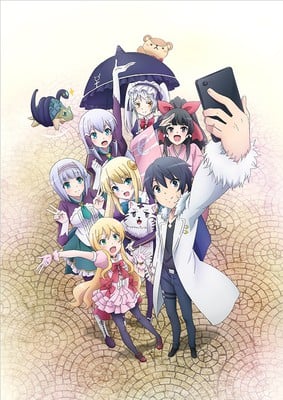 The first season premiered in July 2017 and aired for 12 episodes. Crunchyroll streamed the series in Japanese with English subtitles as it aired in Japan, and Funimation streamed an English dub.

J-Novel Club is releasing the novel series in English, and it describes the story:

After a freak accident involving some lightning winds up zapping him dead, 15-year-old Mochizuki Touya wakes up to find himself face-to-face with God. “I am afraid to say that I have made a bit of a blunder...” laments the old coot. But all is not lost! God says that he can reincarnate Touya into a world of fantasy, and as a bonus, he gets to bring his smartphone along with! So begins Touya's adventure in a new, anachronistic pseudo-medieval world. Friends! Laughs! Tears! Inexplicable Deus ex Machina! He sets off on a journey full of wonder as he absentmindedly travels from place to place, following whatever goal catches his fancy. The curtains lift on an epic tale of swords, sorcery, and smartphone apps!

Fuyuhara launched the In Another World With My Smartphone series in 2013 on the "Shōsetsuka ni Narō" website, and Hobby Japan's Novels label is publishing the novels in print with illustrations by Eiji Usatsuka. Soto launched a manga adaptation in 2016, and Yen Press is releasing the manga in English.

Sources: In Another World With My Smartphone anime's website, Comic Natalie