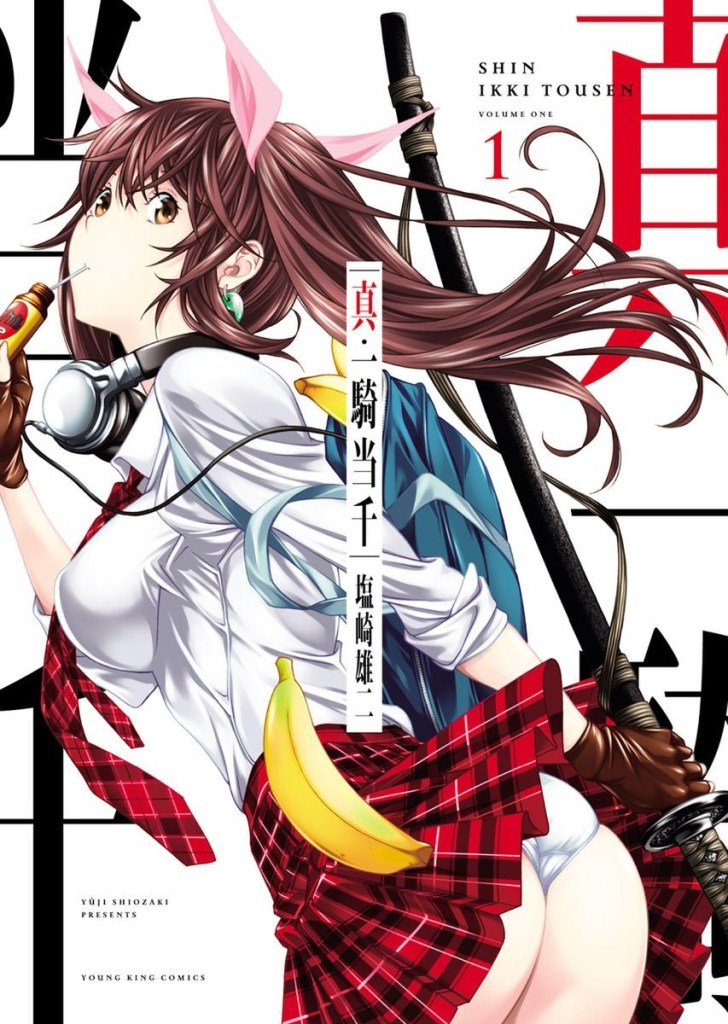 “Shin Ikki Tousen” is the sequel of “Ikki Tousen” and began serialization in Young King Ours magazine in January 2016. As of March 2015, the cumulative circulation of the manga has exceeded 4 million.

The manga centers on Chuubou Sonken, the younger sister of Sonsaku Hakufu, who was a new student entering Nanyo Gakuen but didn’t possess her magatama. She later gets the magatama of Sun Quan from Ukitsu and starts her fights with the new strong enemies.