The "2022 Fuji TV '+Ultra' Lineup Presentation" offered a promotional video on the Estab-Life original anime project by Goro Taniguchi (Code Geass, Planetes, Back Arrow). The video reveals that the project will have a television anime, smartphone game, and anime film, which have the themes of "escape," "records," and "variant," respectively. (The English subtitle for Estab-Life is "Establishment in Life.") 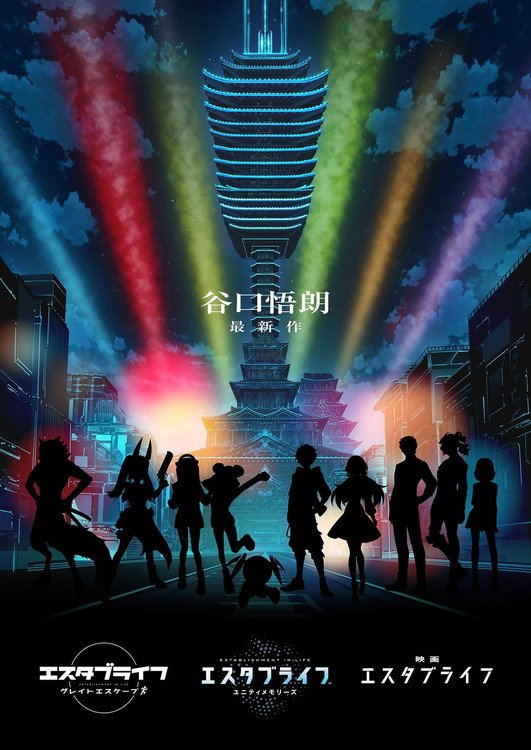 Most people live their lives in their own unique Clusters, blissfully unconcerned with life beyond. However, there are some who seek to escape to the other Clusters. An outfit helps those who wish to escape.

Taniguchi is credited for the original concept and creative supervision of the Estab-Life: Great Escape (working title) television anime, and SSF is credited with the original story. (Taniguchi acknowledged that this is his first anime that is primarily 3D CG.) Hiroyuki Hashimoto (Is the order a rabbit?, Slow Start) is directing the anime at Polygon Pictures, and Shoji Gatoh (Full Metal Panic!, Hyou-ka, Cop Craft) is supervising and writing the scripts.

The television anime will premiere this April on the +Ultra anime programming block on Fuji TV and its affiliates, and Crunchyroll will stream the anime outside Asia. The staff will provide more details on February 2.

Fuji TV launched its +Ultra anime programming block as a sister block to its long-running Noitamina anime block. Fuji TV stated at the time of its announcement that +Ultra was intended to air anime aimed at a more global audience, contrasting with Noitamina's specific target of Japanese audiences. The Crunchyroll Extras channel streamed Thursday's presentation.