GKIDS announced on Monday that it and Shout! Factory will release Production I.G's Giovanni's Island anime film on Blu-ray Disc and digital platforms in North America on February 21. The company streamed an English-subtitled trailer: 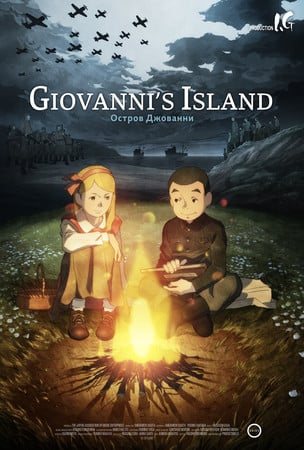 Brothers Junpei and Kanta live in Shikotan, a tiny fishing island that has been spared from the devastations of World War II. The two children are named after Giovanni and Campanella from their late mother's favorite book, Night on the Galactic Railroad, which becomes a source of solace in the aftermath of Japan's defeat.

When Soviet forces arrive with their families to settle in the island, Junpei meets Tanya, the daughter of the commander. Despite their language barrier and growing tension, the children soon form an unlikely friendship.