FUUTO PI, the television anime of the Fūto Tantei manga, held "The First Case" event with the cast on Tuesday, and the event unveiled the theme songs' artists, August 1 premiere, and a new key visual: 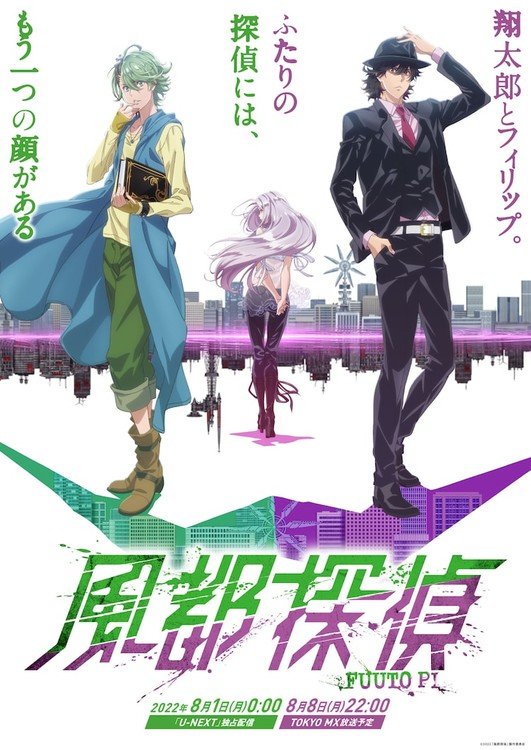 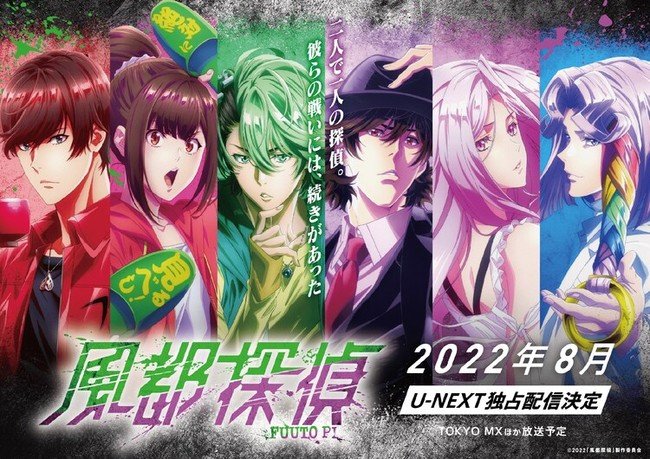 The anime stars: (from left to right in image above) 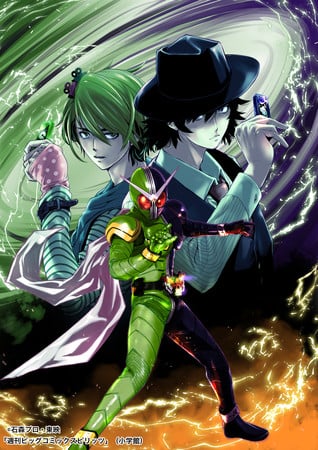 The anime project commemorates the 50th anniversary of the Kamen Rider franchise. Funimation initially announced that it would stream the anime, but Crunchyroll is now streaming Funimation's titles.

The manga is a sequel project for the 2009 Kamen Rider W (pronounced "double") series. Riku Sanjō, a crucial writer for the original series, is in charge of the manga's scripts. Masaki Satou (Love Theory) is drawing the manga. Toei producer Hideaki Tsukada is supervising the manga. Katsuya Terada (Blood: The Last Vampire, Silk Road Kids) is credited for creature design. As with the original series, the new sequel is once again set in Fūto city and focuses on the characters Shotaro Hidari and Philip.

Update: Crunchyroll reports that it will begin streaming the anime in August in "North America, Central America, South America, Europe, Africa, Oceania, the Middle East and CIS," but it also misidentifies the roles of the theme song artists.

Update 2: Crunchyroll has corrected the credits for the theme song artists.