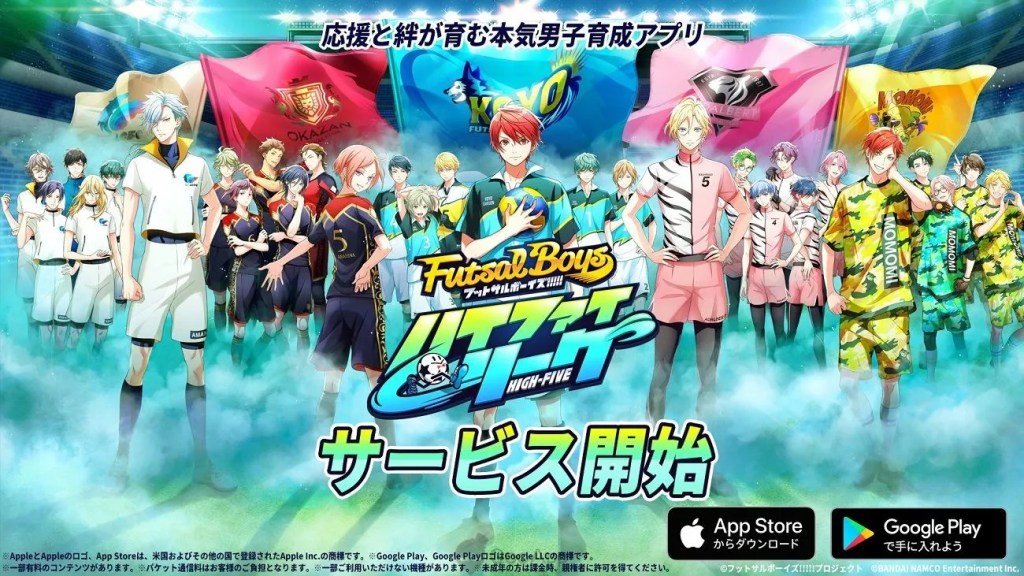 To celebrate the game launch, Scout Ticket x1 and Training Book [XL] x 2 will be presented to all players. In the login bonus campaign, players can receive 10x Scout Ticket and various in-game items by logging in seven days. 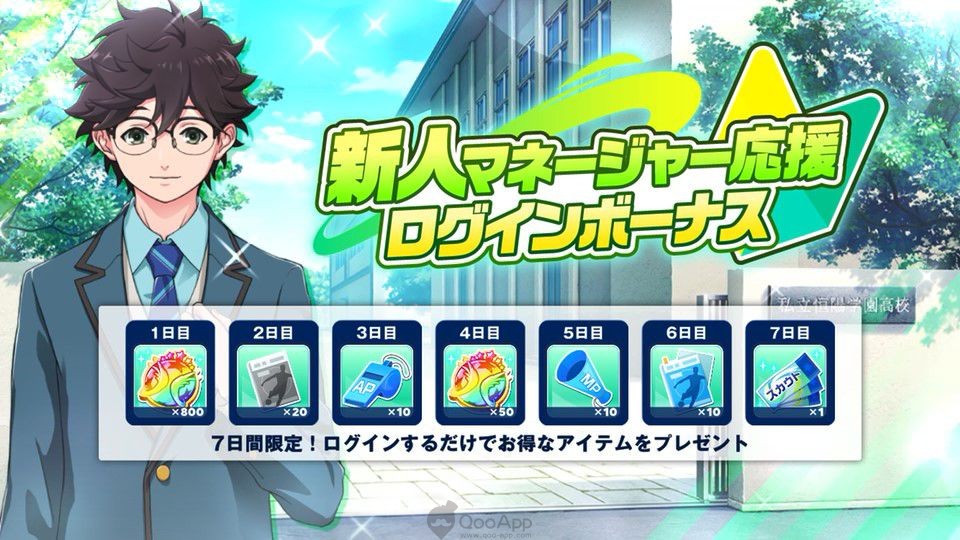 In Futsal Boys!!!!! High-Five League,” players become the manager of the five-a-side football team. You will cheer and support the team to win in the tournaments with a simple rhythmic gameplay. The five academies will have their individual stories, and all of them are fully voiced. 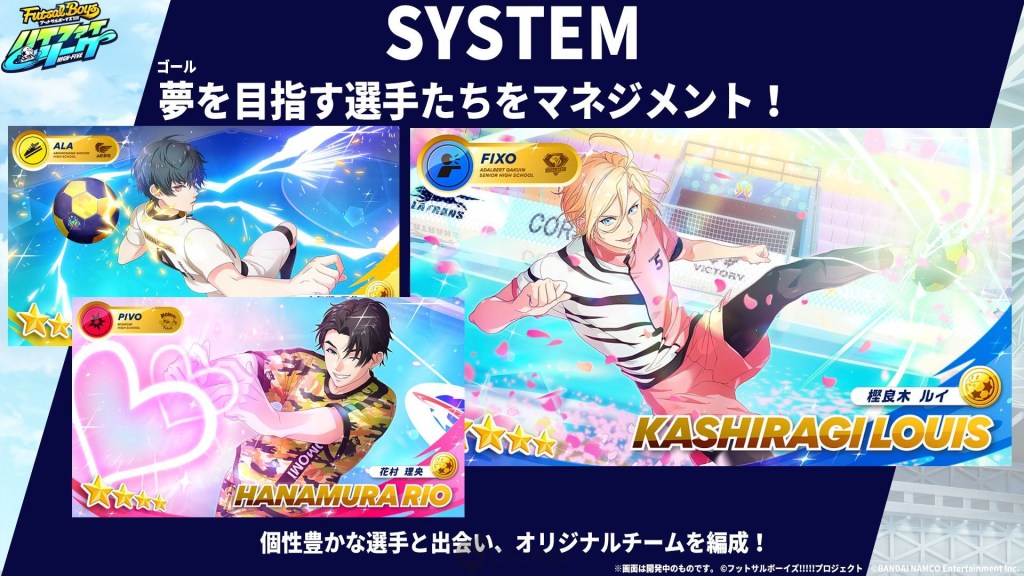 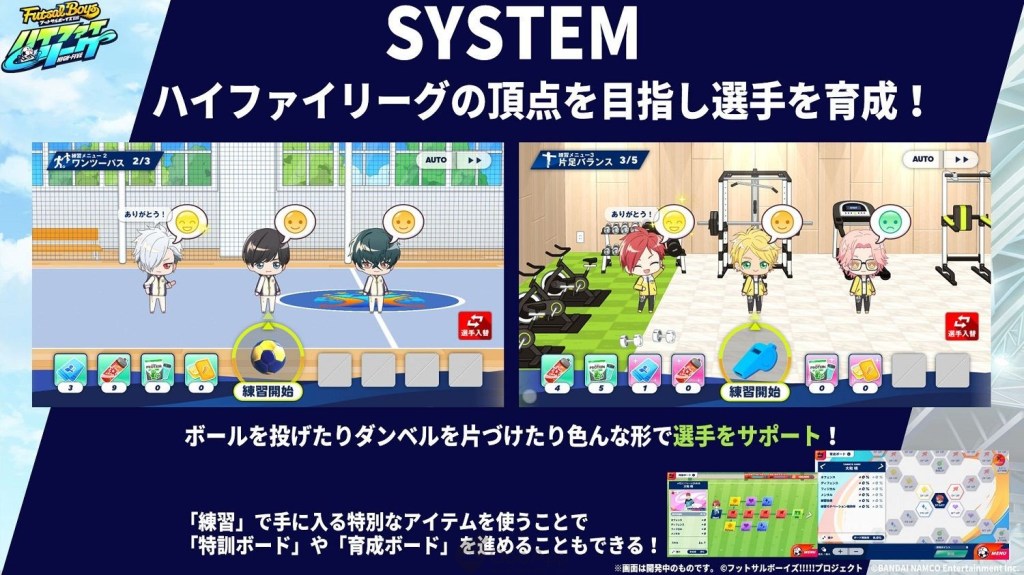 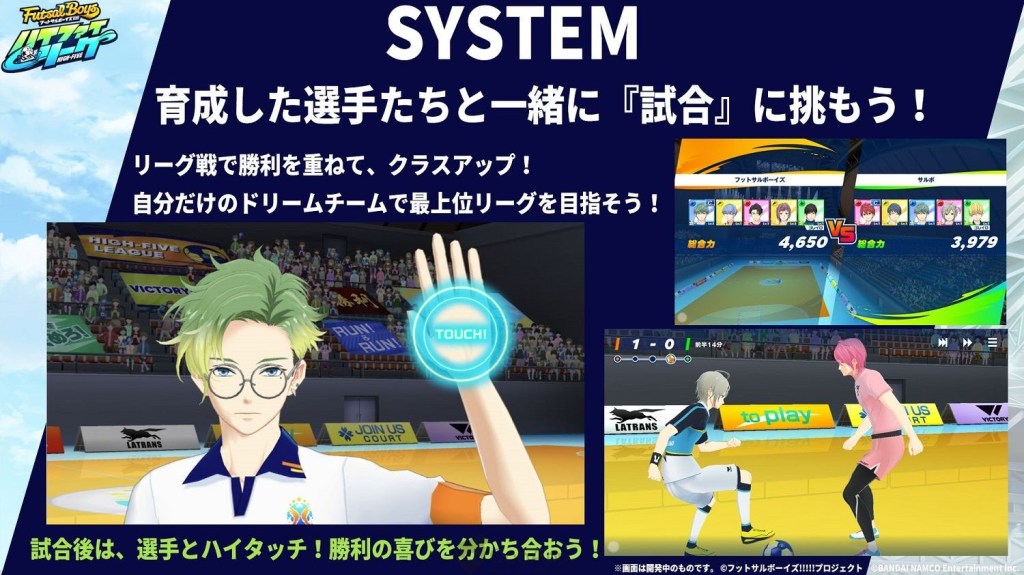 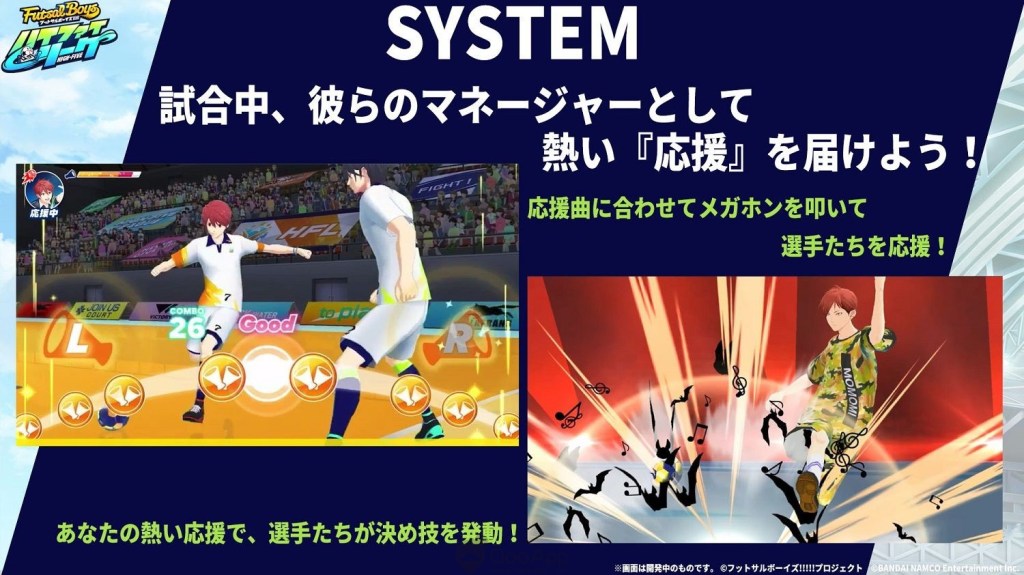 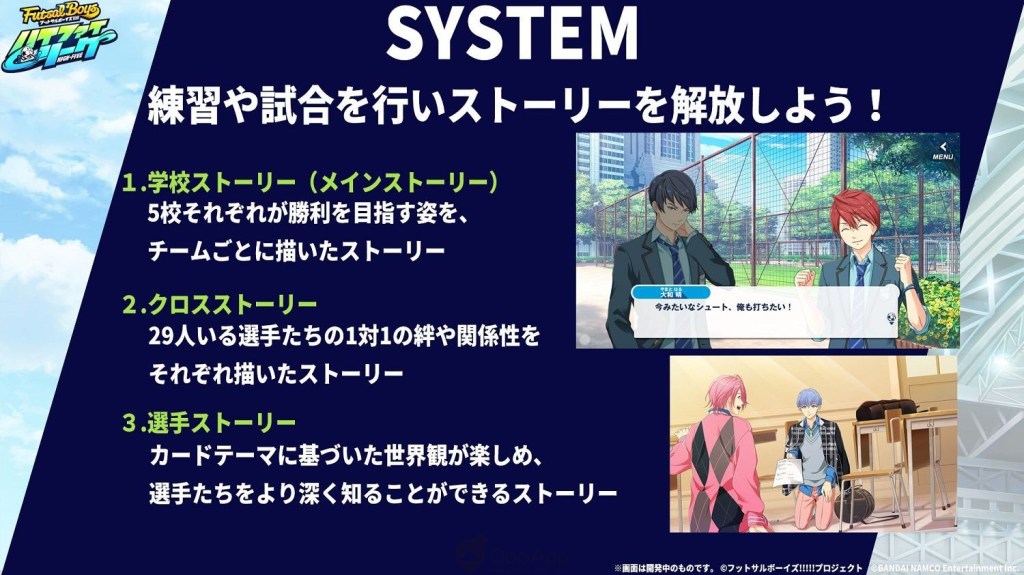