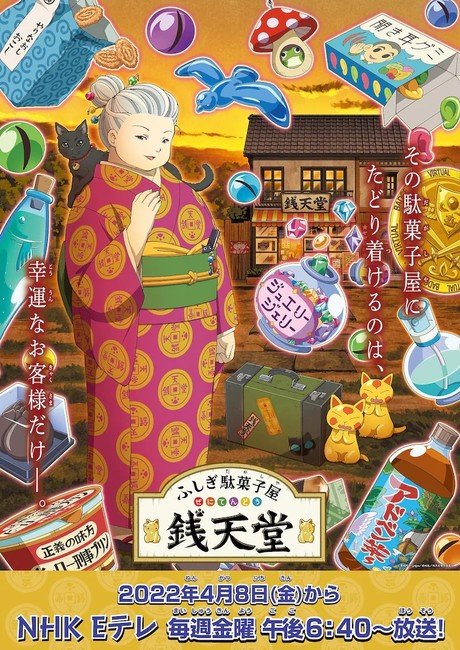 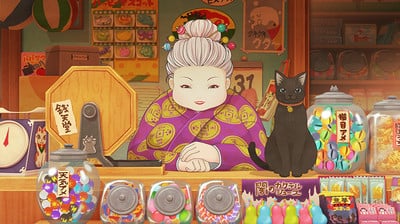 The television anime premiered in September 2020.

The novel series' story centers on the mysterious candy and snack shop Zenitendō, which only lucky people can find. The shop's proprietor is a woman named Beniko, and she can recommend the perfect candy for each person's troubles. However, things might not turn out as hoped if people eat or use the confections incorrectly. Whether Beniko's sweets bring fortune or misfortune is up to the people who receive them.

Eiga Fushigi Dagashiya Zenitendō was one of four segments in the new installment of the Toei Manga Matsuri omnibus film series revival. The omnibus film opened in theaters in Japan in August 2020. The film was slated to premiere in theaters in Japan in April 2020, but it was delayed due to the effects of the new coronavirus disease (COVID-19) pandemic.

The novel series' first volume debuted in May 2013. Kaiseisha released the 15th volume on September 15, and it will publish the 16th volume on April 15. The franchise has more than 1.4 million copies in print.