The official website for the new anime of Natsuki Takaya's Fruits Basket manga announced on Friday that theaters showing the Fruits Basket -prelude- compilation film will give away a bonus booklet. While supplies last from February 18 to March 4, each audience member at the film's screenings will receive the 20-page booklet with a 16-page epilogue manga story newly created by Takaya.

The epilogue will tell the story after for (highlight the following white text to read spoilers) [Tohru and Kyō]. The film also recounts the same epilogue story. (The film's website advises audience members to look at the manga epilogue only after watching the film.)

Select the following link to see the booklet's front cover and sample page with spoilers. 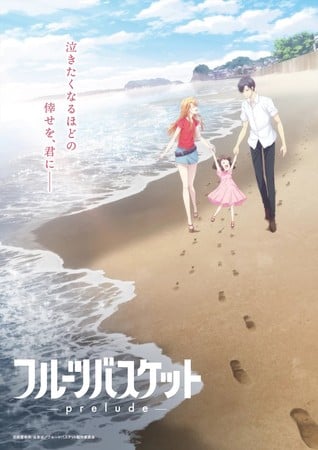 The film will include the Kyо̄ko to Katsuya no Monogatari (Kyо̄ko and Katsuya's Story) anime that will center on the backstory of Tohru's parents Kyoko and Katsuya, which the 2019-2021 series did not adapt. The film will also include new scenes — written specifically for the film by Takaya — depicting events from after the television anime's story.

The 2019-2021 television anime's main staff at TMS Entertainment and main cast are returning for the film. Miyuki Sawashiro will voice Kyoko Honda and Yoshimasa Hosoya will voice Katsuya Honda. The Blu-ray Disc release of the film will be available on the same day it opens in theaters.