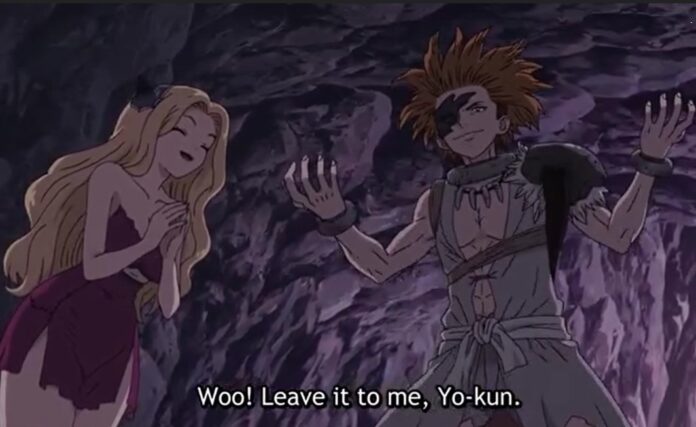 Operation save Chrome has begun after the Steam Gorilla is finished. Senku reveals that they will first break down Chrome’s bamboo prison with the powered-up Steam Gorilla. Then they run after capturing Chrome, and he said that is all. Suika comments that it sounds simple. Gen said if they find out about their plan, they will get a chance to prepare. The Steam Gorilla is a one-time-use disposable, and Senku has no trouble letting go of things.

Saseki is disappointed that their adorable Steam Gorilla will become trash. Kohaku said they would have to hurry up since she knows that Chrome might run his mouth out of fear. Meanwhile, Tsukasa is talking with his allies about what Senku will do with his crew. He belive that Senku will use the power of Scince to save Chrome. Tsukasa thinks that Senku will use a bombardment by a steam engine.

Dr. Stone: Stone Wars Episode 7 will be released on Thursday, 25 February 2021, at 10:30 PM JST. Dr. Stones can be streamed across different official streaming platforms; you can stream it on Gogoanime