Most of the shounen animes do have some sort of romantic angle. Be it anyone like One Piece, Hunter X Hunter, and especially Naruto. Since the beginning of the anime, we can see Naruto crushing over Sakura and Sakura over Sasuke. This is probably one of the most hurtful and true-to-life love triangles ever seen in an anime. Naruto gets rejected time and time again but eventually ends up with Hinata. In this article, we will be talking about did Sasuke loved Sakura in Naruto? Along with that, we will also be looking into the characters and the storyline.

In Naruto anime, Sakura had a big crush on Sasuke. Whereas our boy Naruto had feelings for Sakura. But what he did not know was that there was already a girl who was crazy for him. Hinata had her eyes on Naruto ever since he took a beating from bullies and saved her. This heroic act of his and his words to Hinata really did stick to her. By the end of the anime, Naruto and Hinata get married. And so do Sasuke and Sakura. But enough with that, let us now look at did Sasuke love Sakura in Naruto.

Sasuke and Sakura are poles apart, and that is a fact. Sasuke witnessed his whole clan, including his parents, get annihilated by his own brother. The reason for this was not clear to him during that time. All he wanted to do was get revenge on his brother and make him pay for what he did. But before that, Sasuke was a very loving and fun little kid. He loved his brother and admired him. He even wanted to be like him when he grew up. But after what he witnessed, Sasuke became distant. He rarely talked to anyone, only focused on graduating from the academy and becoming strong enough to face his brother. 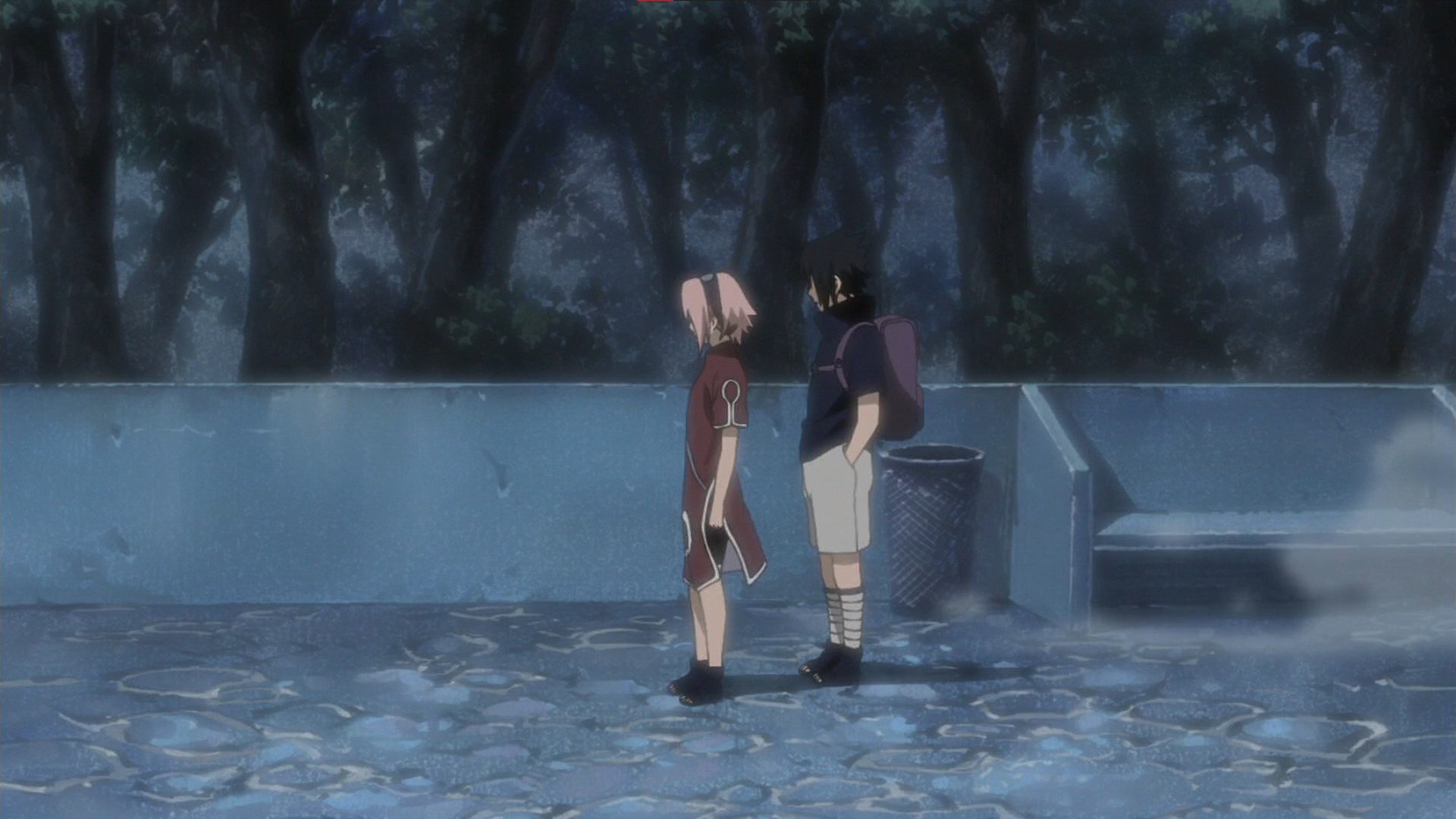 Sakura, on the other hand, had a really great childhood. Her parents were alive, unlike all of her team members, including her sensei. Wow, that was pretty dark. Moving on, Sakura never really had any troubles other than her having a big forehead (we are not bashing Sakura, just putting the facts). That aside, Sakura did not really focus in the academy or while she was put in a three-man squad. All she used to do was try to please Sasuke and win him over. Which always ended up badly for her. What she did not realize was that Naruto was head over heels in love with her. But Sakura never acknowledged his feelings and always belittled him.

In one such incident, during their first meet-up as Team 7, Sakura tells him about Naruto. She tells him how Naruto is an idiot and always tries to pick a fight with him. She goes on to say that he is a lonely fool who does not even have parents. After hearing this, Sasuke talks about how being lonely is worse than being scolded by your parents. He then calls her annoying and leaves. This was where we got to know that Sasuke does not respect Sakura at all. But did it change?

Did Sasuke Love Sakura In Naruto?

Did Sasuke love Sakura in Naruto? The simple answer would be no, and he didn’t. Given how good Sasuke looked in the academy and his skills, it was no doubt he attracted quite a lot of girls. His nature and attitude were that of a cool guy, which apparently the girls at the academy liked, and so did Sakura. Ever since then, Sakura has been in love with Sasuke. So much so that she even ended her friendship with her best friend, Ino. But Sasuke would not seem to return her feelings and affection. After graduation, Sasuke, along with Sakura and Naruto, were put in Team 7 under the leadership of Kakashi Hatake. 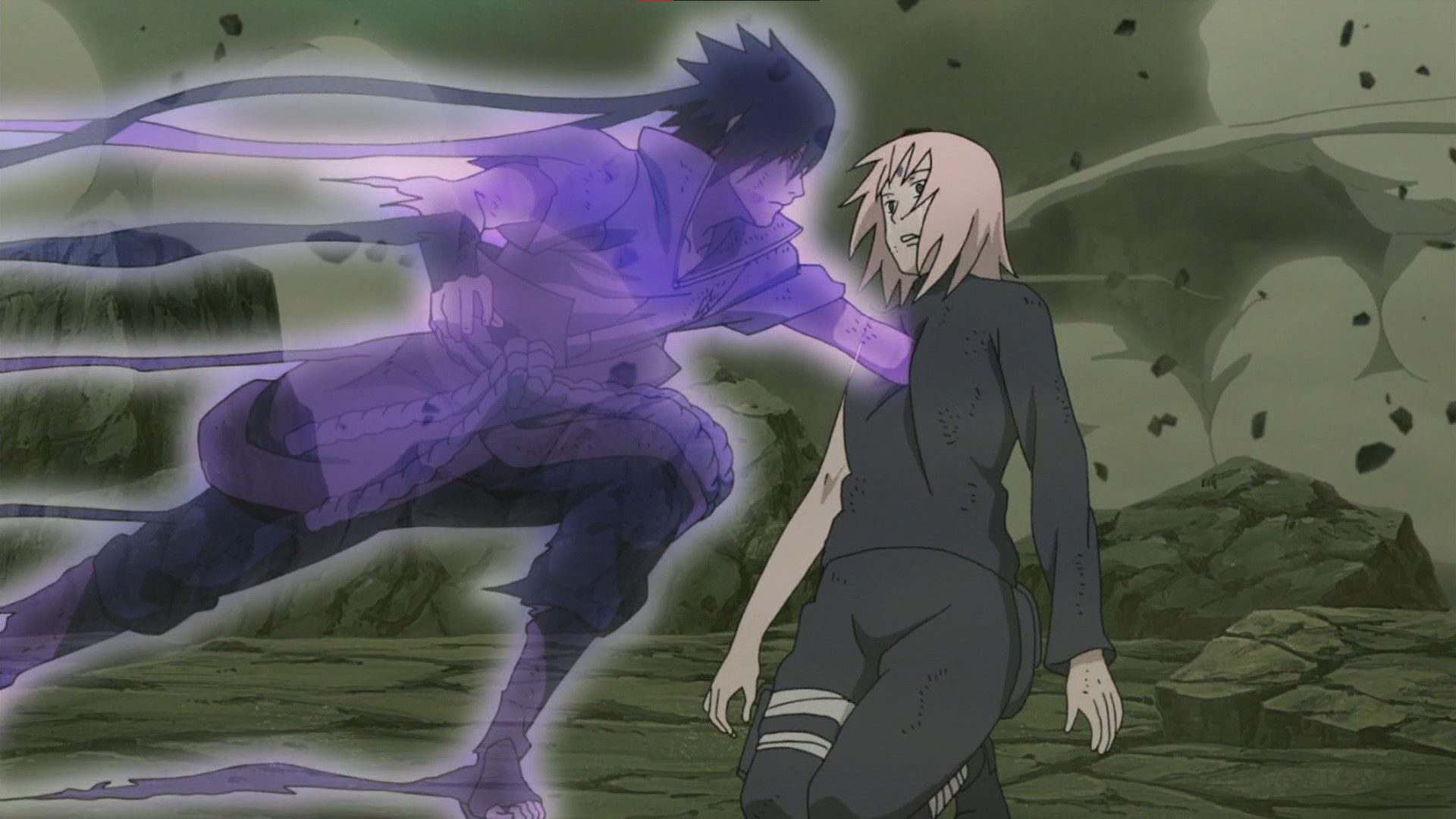 While in the team, they started working together and grew a bit close. However, a few events transpired, and Sasuke decided to leave the village in pursuit of greater power. But before he can do so, he is stopped by Sakura. She expresses her concerns and feelings towards him. Sasuke tells her to forget about it; she and Naruto can’t follow the path on which he is venturing. He then teleports to her back and says, “Thank you for everything,” and then knocks her out, so she does not follow him or wake up the whole village.

Also, keep in mind that Sasuke did try to kill Sakura when she went to kill him instead. Even after the battle with Kaguya, Sasuke wanted to kill all five Kages and Tailed-beast so that he could bring true revolution. Sakura again stepped in, trying to stop him, but he put her in a Genjutsu as if he struck a knife right into her chest. These all events do not necessarily speak ‘love’, and if it did, that is one foul relationship. The reason he gave for the same was that she would come in between their fight and would get hurt. So this might be considered as a turning point for his character and his feelings towards Sakura.

Sasuke did not love Sakura the slightest during the entire run of Naruto. But at the end of Naruto Shippuden, he did apologize to her and acknowledged her feelings towards him. This is the only time where we see that Sasuke does love Sakura or at least finds her a little less annoying now. They have a child in the new anime Boruto: Naruto Next Generation. After his and Naruto’s final battle, he does comes to an understanding about what it is like to have friends and people that care about you and love you. Sasuke does love Sakura now if he didn’t before. And Sarada is the proof of their love. 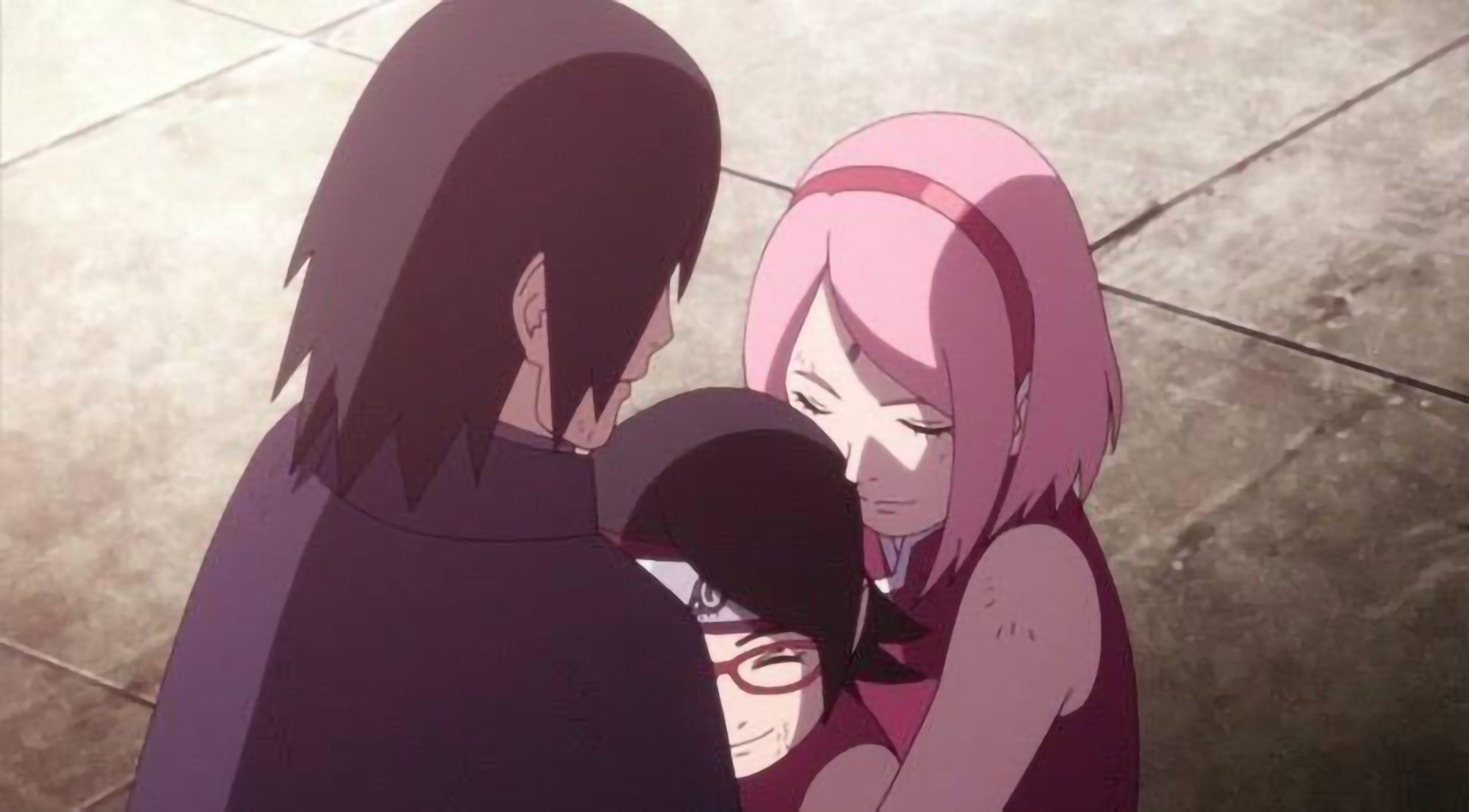