Funimation has confirmed that it will provide an English simulcast of Demon Slayer: Kimetsu No Yaiba's second season when it premieres.

The streaming and localization company made the first official announcement regarding the next season's English release today. The second season of the immensely popular shonen anime series will adapt the manga's fan-favorite Entertainment District Arc. While a final release date still hasn't been announced, Funimation confirmed that it will simulcast the season in United States, Canada, United Kingdom, Ireland, Australia and New Zealand whenever it does premiere sometime in 2021. The company also re-released the most recent trailer and poster for the series, now updated with English text.

Funimation was also the exclusive streaming home of the record breaking Demon Slayer movie, Mugen Train. The Entertainment District Arc features Tanjiro and company joining the Sound Hashira Tengen Uzui as he investigates reports of demon activity within the city's red light district. The arc is setting directly after the events of Mugen Train and is widely regarded amongst fans of the manga as one of the best story arcs in the entire series. 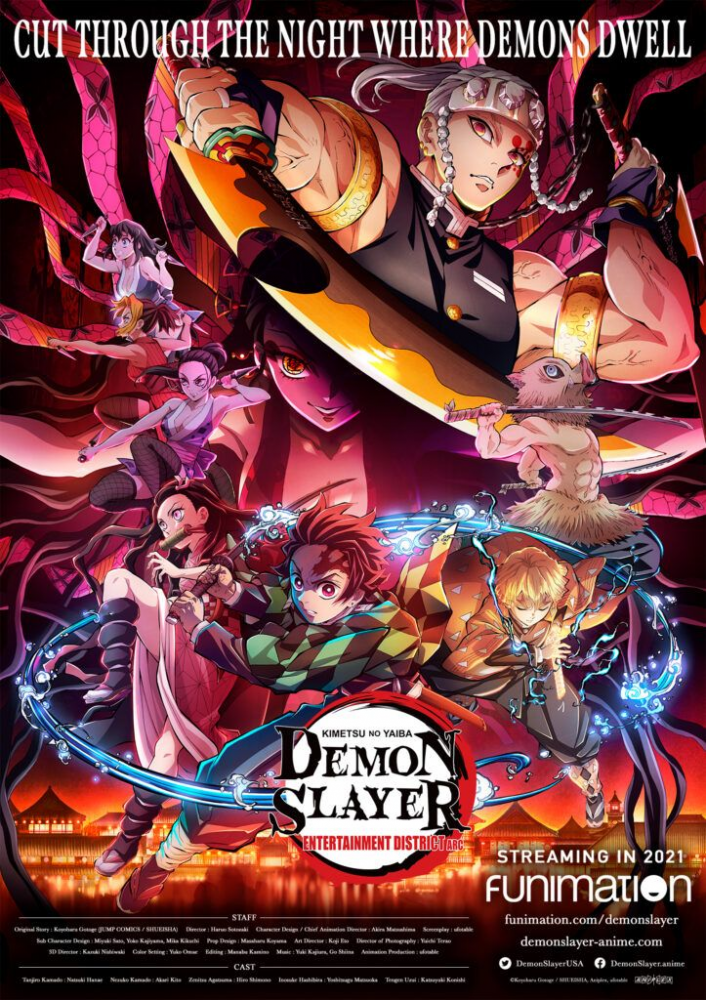 Demon Slayer: Kimetsu No Yaiba was created by Koyoharu Gotouge and tells the story of Tanjiro Kamado, a young man who takes up the sword and becomes a demon slayer after most of his family is slaughtered by demons and his only surviving relative, his younger sister Nezuko, is transformed into a demon. The anime series is produced by studio Ufotable, which recently got in hot water with the Japanese government after allegedly failing to pay over $1 million USD in taxes.

The first season of Demon Slayer: Kimetsu No Yaiba is available for streaming on Netflix, Hulu and Funimation.