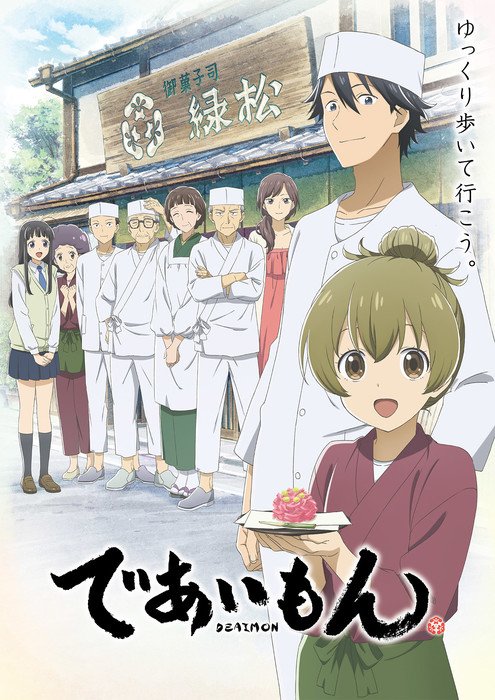 In addition, the site revealed that Maaya Sakamoto is joining the cast as Mari Yukihira, the heroine Itsuka's mother. Sakamoto is also performing the anime's opening theme song "Sumire" (Pansy), and she wrote the song's lyrics. The manga's story centers on Nagomu, a man who left his home in Kyoto and his family's confectionary shop when he became a musician. Upon hearing that his father has been hospitalized though, he comes back home to take over the family business. However, while he was gone, a young girl named Itsuka started working at the shop. The whereabouts of Itsuka's parents is unknown, and she has no other relatives, and Nagomu finds himself as foster parent for Itsuka. Itsuka, on the other hand, dislikes Nagomu for abandoning the family to become a musician. She proclaims that it will be her who will take over the shop one day instead of Nagomu.

The anime stars Nobunaga Shimazaki as Nagomu Irino and Kozue Yūki as Itsuka Yukihira. Other cast members include:

Shigyō Satō is designing the props and drawing the confectionaries. Yūki Yomogida is designing the 2D art and costumes, and Yumiko Kuga (Studio Jack) is the art director. Chiho Nakamura is the color key artist. Yukie Yamamoto (Inaho) is directing the CG, and Noa Matsumoto (Inaho) is the compositing director of photography. Akari Saitō (Mishima Editing Room) is editing. Ren Takada is composing the music. Hiroto Morishita is directing the audio. Midorimatsu is presenting the project.