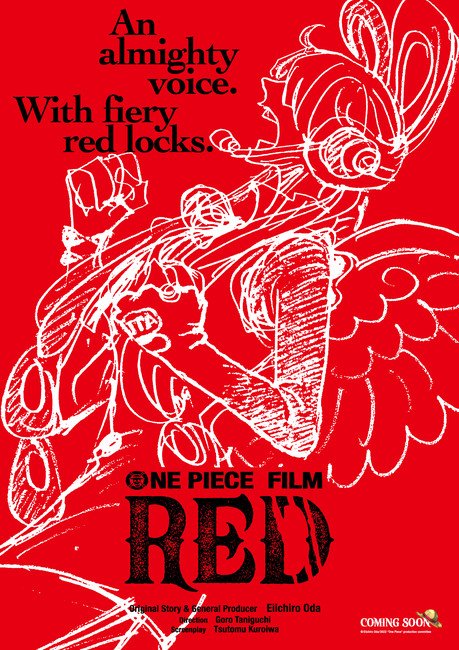 Tsutomu Kuroiwa (One Piece Film Gold, One Piece: Heart of Gold, GANTZ:O, live-action Black Butler) is writing the screenplay, and One Piece manga creator Eiichiro Oda himself is serving as executive producer. The film will open in Japan on August 6, 2022.

To celebrate the anime's 1,000th episode, the official YouTube channel for the franchise posted a 17-minute video that features one second from all 1,000 episodes. (The two videos below are the same but have different region availability.)

The 1,000th episode also featured a new animated opening sequence featuring the show's first theme song "We Are" and remaking the opening footage from that original opening.

Update: Taniguchi previously directed the One Piece: Defeat The Pirate Ganzak! special, which received a limited theatrical run 24 years ago.

Update 2: Toei Animation confirmed with ANN that Oda drew the character design for the movie-original female character featured in the above visual.