Castlevania's Finale Redeemed the Wrong Part of the Vampire Council

One of the most shocking aspects of Netflix's Castlevania came in the fourth and final season with the series' redemption arcs. The Forgemaster Isaac rebuked his role as Dracula's successor and opted to rebuild the world, convincing Hector to do the same. In the process, Hector got him to spare Lenore, another sister from the vampire council, and in time, she would also let go of her hate and regret past sins.

However, given what happened to the rest of the coven and their roles in Carmilla's war, it's clear that Castlevania redeemed the wrong part of the council.

Lenore is left in Hector's care as he fixes the world they all broke, after initially siding with Dracula against humanity. Thanks to Isaac, they think mankind can once again coexist with various species -- especially the bloodsuckers -- but Lenore opts to commit suicide months later. She doesn't feel like she has a purpose so it's underwhelming, wasting her arc. As a strategist in the castle, there's no real emotion to her giving her second chance away like this, especially as she didn't profess her love for Hector.

But it's a lot more nuanced with Morana and Striga, who should have been done proper justice. They're much more important to the Castlevania world as they were out in the field, creating feeding camps and enslaving Europe. They ultimately decide to flee with their battalion after seeing Isaac's army destroying Carmilla's keep, opting to settle miles away from Alucard's castle.

The problem is, it doesn't feel like full redemption when they voice their desire for peace. It seems like they just want to grow old together, forgetting their bloody days as warlords. Had they been held accountable, made peace with Alucard, Trevor and Sypha, and offered haven to humans, it'd feel richer and genuine. They've already had the spotlight on them as LGBTQ+ characters so it would have been great to see them repenting and charting a way forward.

Thus, true peace would have been achieved and we wouldn't be left wondering if Team Belmont would hunt them or if someday, their vampire legion would turn on the world again. It would feel organic too, as they saw their own kind suffering in the war and acknowledged that Carmilla's vision, like Dracula's, could destroy everyone.

Sadly, Castlevania botches things by offering this atonement to Lenore, who came off as a spoiled brat tired of being cooped up. If it were Morana and Striga, though, it would have fit the narrative and politics of the series' ending far better in terms of harmony and transparency. 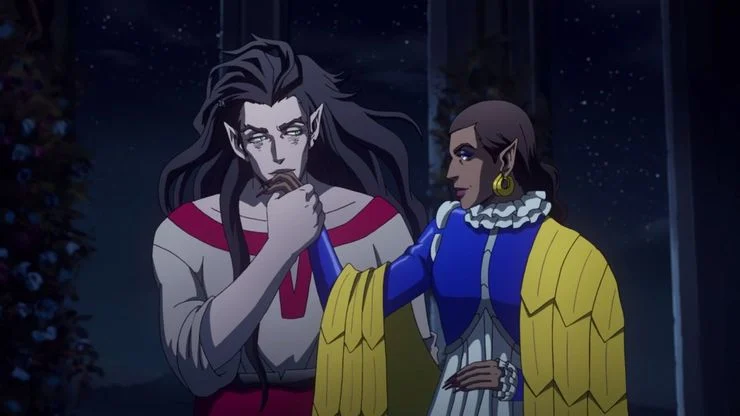