Blue Period - what should we expect.

The cast includes (pictured below from left to right): 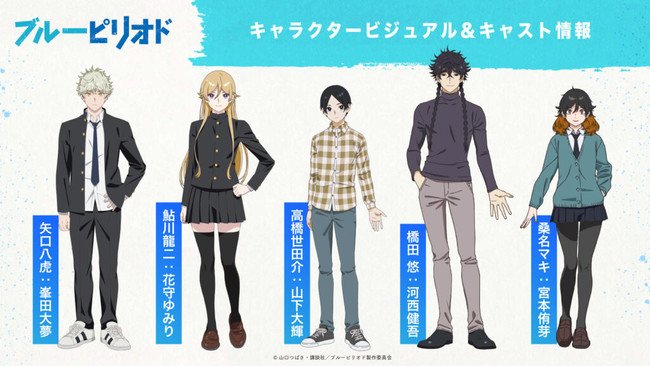 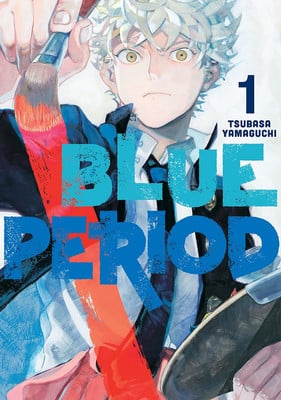 Koji Masunari (Read or Die, Kamichu!, Magi: The Labyrinth of Magic) is the chief director, while Katsuya Asano (Yu-Gi-Oh! VRAINS) is directing the anime at Seven Arcs. Reiko Yoshida (K-ON!, Tamako Love Story, Liz and the Blue Bird) is writing and overseeing the anime's scripts. Tomoyuki Shitaya (Bakuman., Food Wars! Shokugeki no Soma, If My Favorite Pop Idol Made it to the Budokan, I Would Die) is designing the characters.

The manga won the 13th Manga Taisho awards in 2020, and was nominated for the awards the previous year. The series was also nominated for the 24th Annual Tezuka Osamu Cultural Prize in February 2020, and also ranked at #14 on the Kono Manga ga Sugoi! male readers list in December 2019, and ranked #15 on the same list in December 2020. The manga also won the Best General Manga award in the 44th annual Kodansha Manga Awards in 2020.