The official Twitter account for the anime film adaptation of Shinichi Ishizuka's Blue Giant manga revealed a new teaser trailer, visual, and the soundtrack's musicians for the anime on Wednesday. World-renowned pianist Hiromi Uehara composes the original music that the film's in-story jazz trio JASS performs, and will also play the piano for the character Yukinori Sawabe, a pianist that protagonist Dai Miyamoto meets in Tokyo. Saxophonist Tomoaki Baba plays the saxophone for the character Dai. Shun Ishiwaka, the drummer of the Millennium Parade band, drums for Dai's schoolmate Shunji Tamada. The teaser below previews the trio's performance. 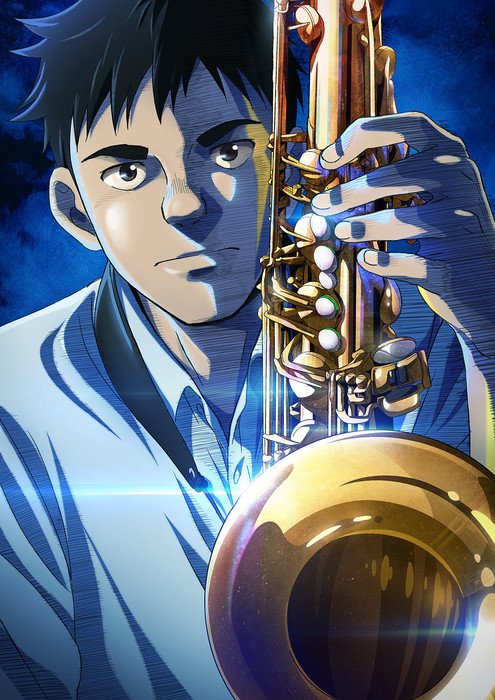 Yuzuru Tachikawa (Death Parade, Mob Psycho 100 all three seasons, Deca-Dence) is directing the film at studio NUT. NUMBER 8, the editor of the Blue Giant manga and the story director for the Blue Giant Supreme manga, is writing the screenplay. TOHO animation will distribute the film.

Miyamoto Dai, a student with a taste for basketball, changes his life the first time he sees a live jazz performance. The incredible music strikes a chord deep inside him, and he immediately decides to dedicate himself to the saxophone. He has no skills, no formal training, and no idea what he's up against, but his obsession drives him to play that instrument day after day. Will passion be enough to become the player of his dreams? This award-winning manga from Shinichi Ishizuka, compiled into five omnibus volumes for its English debut, is a pitch-perfect drama about the power of music.

Ishizuka then launched Blue Giant Supreme sequel manga in Big Comic in September 2016, and ended it in April 2020. The manga had 10 volumes.