Adult Swim began streaming a trailer and a behind-the-scenes video on Saturday for the Blade Runner: Black Lotus anime series

The anime will premiere on November 14 at 12:00 a.m. EST with two episodes on Adult Swim's Toonami block and on Crunchyroll. Adult Swim will also premiere the anime in Canada at the same time. Adult Swim has worldwide distribution rights to an English-dubbed version of the show outside of Asia. Crunchyroll will stream the anime worldwide. 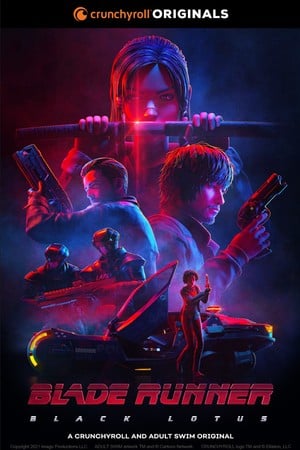 Los Angeles 2032. A young woman wakes up with no memories, and possessing deadly skills. The only clues to her mystery are a locked data device and a tattoo of a black lotus. Putting together the pieces, she must hunt down the people responsible for her brutal and bloody past to find the truth of her lost identity.

Crunchyroll and Adult Swim are partnering with Alcon Entertainment to produce the 13-episode television anime series.

Shinji Aramaki (Ultraman, Appleseed) and Kenji Kamiyama (Ultraman, Ghost in the Shell: Stand Alone Complex) are directing all the episodes at Sola Digital Arts. Both directors previously worked together on Ultraman and Ghost in the Shell: SAC_2045. Shinichiro Watanabe (Cowboy Bebop, Samurai Champloo) is a creative producer on the series.

Grammy Award-winning singer-songwriter Alessia Cara is contributing music to the series, including the original opening song "Feel You Now."