Overlap announced on Thursday that Doufu Mayoi and Kurogin's Black Summoner (Kuro no Shōkanshi) light novel series is inspiring a television anime series that will premiere this year. 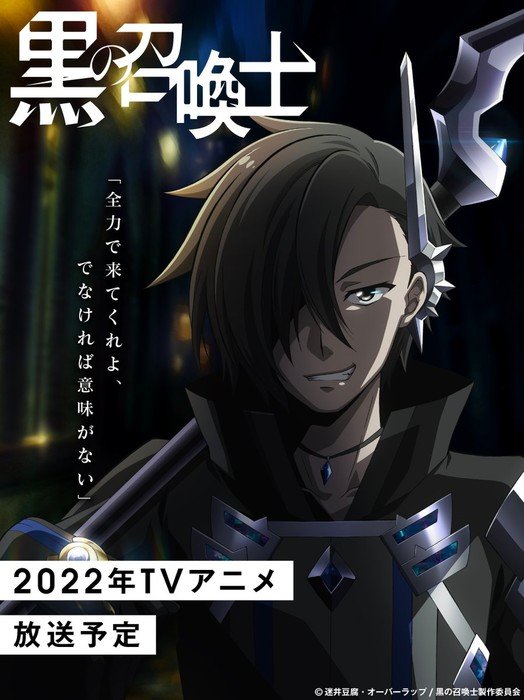 J-Novel Club has licensed both the novels and the manga adaptation, and is releasing both in English digitally. The company describes the story:

Waking up in a strange new place with no memory of his past life, Kelvin learns that he's bartered away those very memories in exchange for powerful new abilities during his recent transmigration. Heading out into a whole new world as a Summoner — with his first Follower being the very goddess who brought him over! — Kelvin begins his new life as an adventurer, and it isn't long before he discovers his hidden disposition as a battle junkie. From the Black Knight of the Ancient Castle of Evil Spirits to the demon within the Hidden Cave of the Sage, he revels in the fight against one formidable foe after another. Join this OP adventurer in an exhilarating and epic saga as he and his allies carve their way into the annals of history! 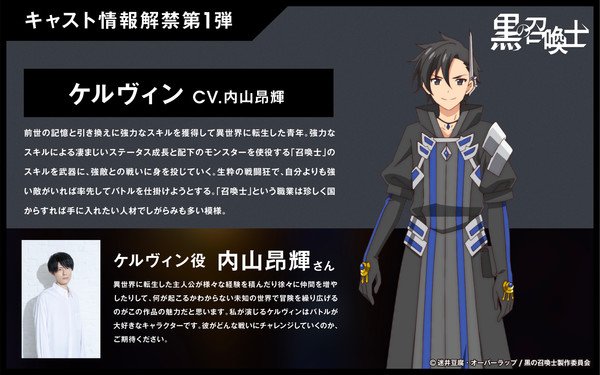 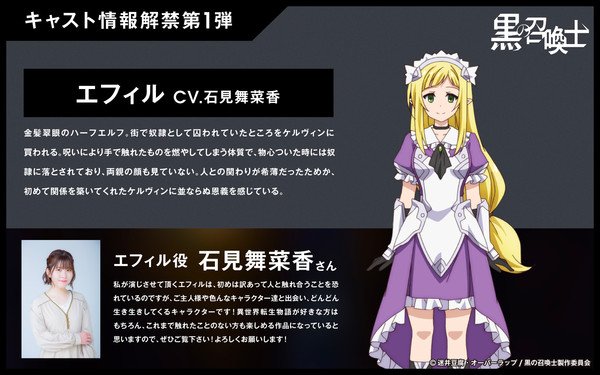 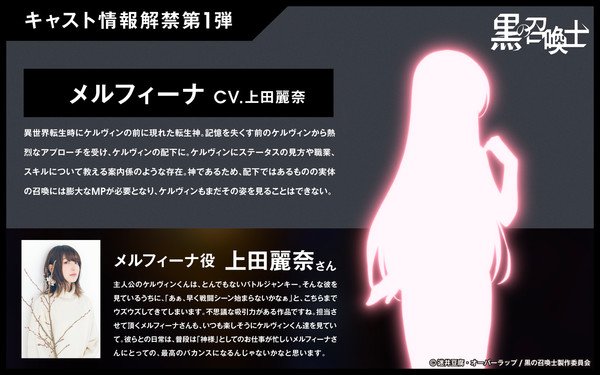 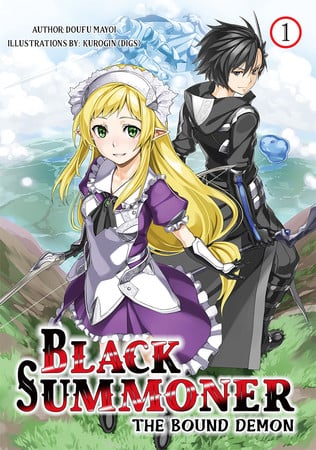 Yoshimasa Hiraike ( Wotakoi: Love is Hard for Otaku, Sketchbook ~full color'S~, AKB0048) is directing the anime at Satelight, and also overseeing the series scripts. Miwa Oshima (Ao-chan Can't Study!, My Next Life as a Villainess: All Routes Lead to Doom!) is designing the characters for animation.

Mayoi began serializing the original story in the Shōsetsuka ni Narō website in October 2014, where it is still ongoing. Overlap released the first print volume with illustrations by Kurogin (DIGS) in June 2016, and it will release the 16th volume on February 25.

Gin Ammo launched the manga adaptation of the novels in Overlap's Comic Gardo website in January 2018, and Overlap will publish the manga's 12th compiled book volume on February 25.