The official Twitter account for the Anohana: The Flower We Saw That Day anime series announced on Thursday that the anime is inspiring a stage play that will open on February 2-6 at OWL SPOT in Tokyo. An official website opened, and it revealed the cast and staff. 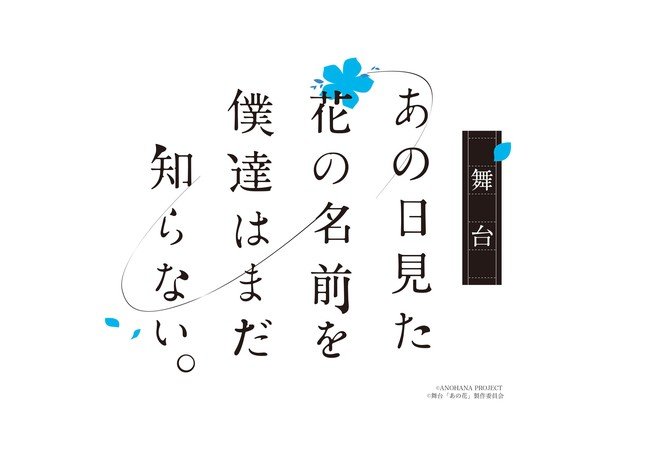 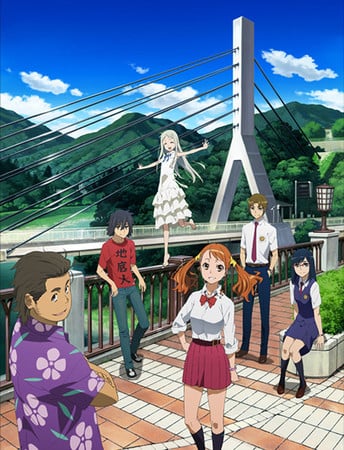 The television anime premiered in April 2011, and follows childhood friends who try to reconnect in high school, after drifting apart due to tragedy five years earlier. The series inspired a manga, 2013 film sequel, and 2015 live-action special.

Aniplex of America released its English dub of the anime series in a Blu-ray Disc box set in October 2017. The dub began exclusively streaming on Verizon's go90 service that same month. Netflix began streaming the series with the English dub and subtitles in June 2019.

NIS America licensed and released the television anime in 2012 and again in 2013. Aniplex of America partnered with Eleven Arts to screen the film in theaters in the United States, and then released the film on Blu-ray Disc and DVD. Crunchyroll streamed the anime in 2012 and also streamed the live-action special. Crunchyroll began streaming the dub in January 2020. Funimation began streaming the series in August 2020.