Toonami co-creator and Adult Swim Senior Vice President, Head of Anime and Action Series Jason DeMarco confirmed on Tuesday on Twitter that Adult Swim stopped streaming the Blade Runner: Black Lotus, Shenmue the Animation, and Fena: Pirate Princess series on its website. DeMarco added that "it's looking like no [season 2] of Shenmue, even though sadly- it did well enough that we were gearing up for [season 2]. Maybe one day…"

Adult Swim also removed the Lazor Wulf and Tigtone series from its website. DeMarco described the removed series as being "written off."

DeMarco said on his tweet that all of the anime series are still available on Crunchyroll (subtitled) and as digital downloads. 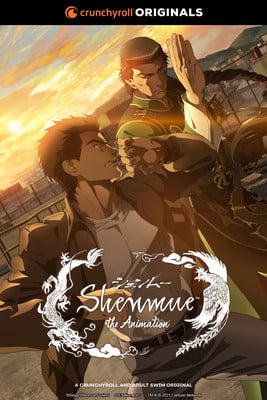 Cartoon Network, Adult Swim, and Crunchyroll unveiled Fena: Pirate Princess as a "Crunchyroll Original" anime in July 2020, and it premiered on Crunchyroll and Adult Swim's Toonami block in August 2021, ahead of the Japanese premiere. The Production I.G show streamed with Japanese audio and English subtitles on Crunchyroll, and ran with an English dub on Adult Swim. The anime premiered in Japan in October 2021.

AT&T spun off Adult Swim's parent company WarnerMedia, which then merged with Discovery on April 8. The newly merged Warner Bros. Discovery company then took a US$825 million write-down on a wide variety of content. In a write-down, a company declares that an asset has reduced value to limit its tax burden. However, as a result, the company normally cannot earn more revenue from the written-down asset.