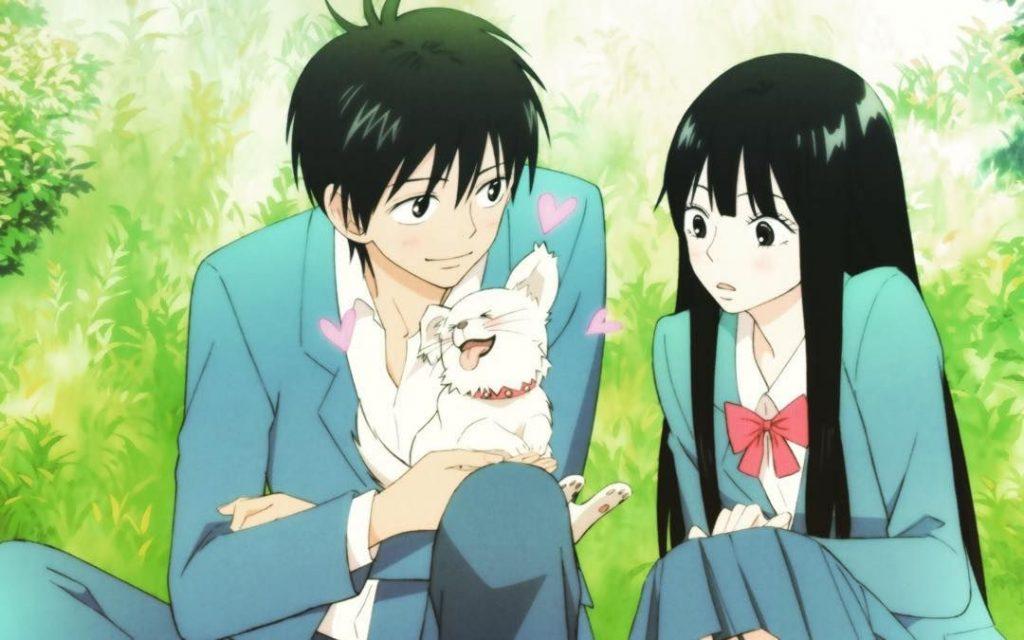 The story is set mainly at school and the protagonists fall in love despite having vastly different personalities (and popularity ranking!).

Kuronuma Sawako, who is nicknamed Sadako (ghost girl from “The Ring”) by her classmates wants nothing more than friends and life as a normal student. Unfortunately, her classmates find her scary and mistake her timid and sweet demeanor with malicious intent. Sawako greatly admires the most popular guy in the class, Kazehaya-kun, and is naturally drawn to him due to his refreshing personality.

After being approached by Kazehaya-kun she gets her hopes high for the friendship she has been longing for – and maybe even something more! 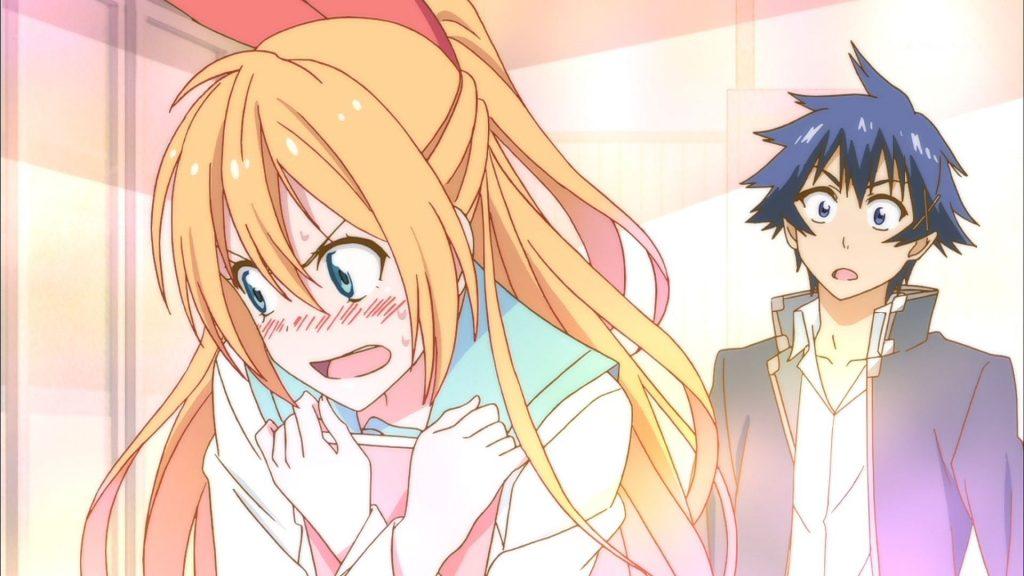 Both of them are school rom-coms.

The main characters are both keeping a mutual secret & bond over it.

The heir to a Yakuza Family is forced to be in a relationship with the daughter of the head of a gangster family to maintain peace between the gangs, much to their displeasure. 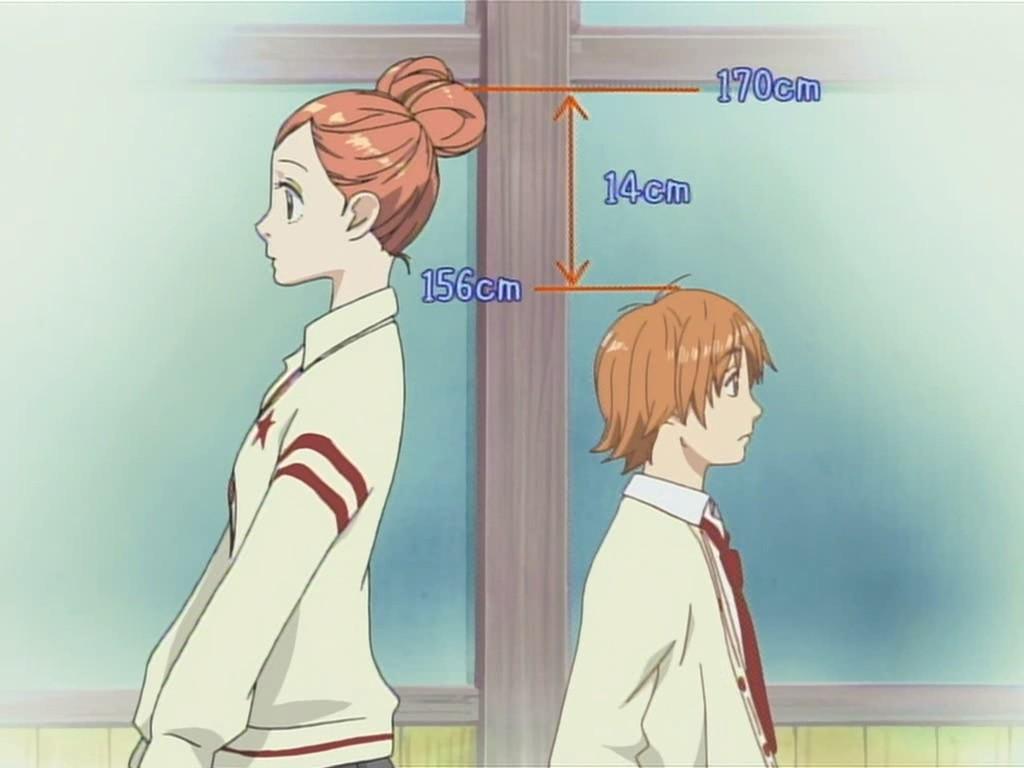 These two are both sweet & glamorous anime.

Again, both male & female protagonists are very different (or at least perceived as such by their classmates). Since they both have something they are conscious about (height in Lovely Complex and secret personality in Horimiya), they have a really good understanding for each other.

Two high schoolers with a ridiculous heigh difference become close friends, and one of them falls in love really quickly. 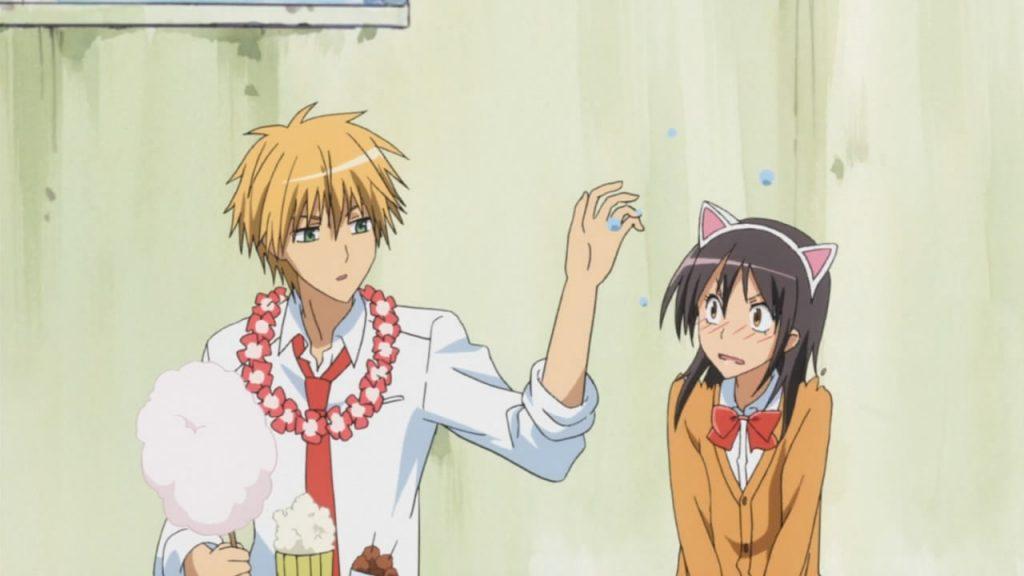 If you enjoy good heartwarming high-school romcom, look no further!

The female protagonists are both hiding something embarrassing about themselves behind their classmates’ backs, and the male main character finds out by accident.

The understanding between the main characters in both anime is beyond kawaii.

Misaki Ayuzawa doesn’t have it easy – she is the first female student council president after her school just transitioned from an all-boys high school to a co-ed one. She might appeal ambitious and well-disciplined at school but also has another side – Misaki works part-time as a maid at a maid café to help her family financially.

Everything seems to be well hidden until one day her whole life turns upside down when some of the school’s students visit the maid café where she works. 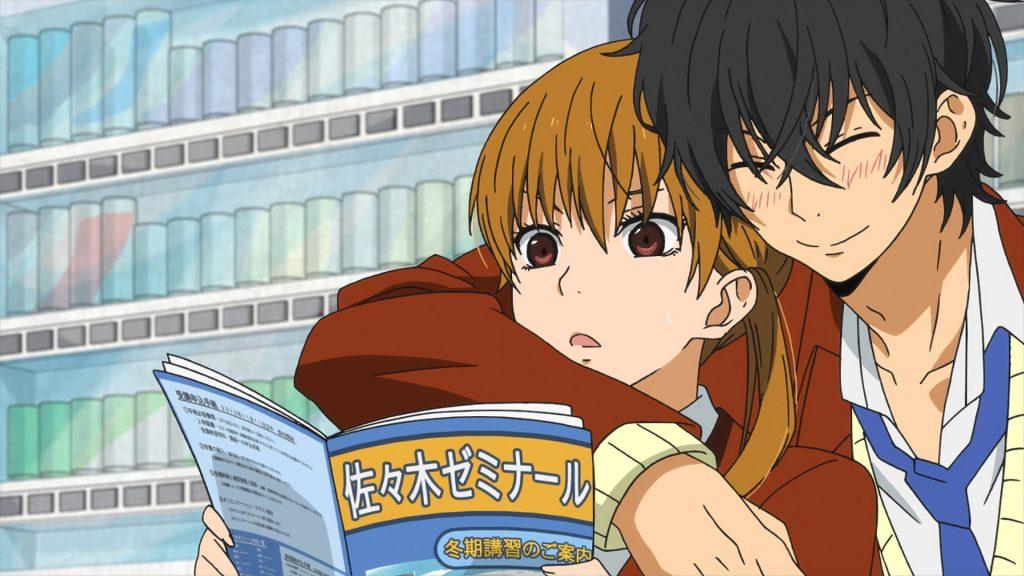 Shizuku Mizutani is an unsociable high school girl who only cares about her grades. This pathetic view of life changes after meeting Haru Yoshida, a real troublemaker who confesses his love for Shizuku the first they meet and drags her into a world full of feelings and colors.

Both are a high school rom-com type anime.

They showcase characters in their everyday lives and the main characters are viewed as something they are not just based on their looks & behavior at school.

After the two become friends, they reveal their ‘real selves’ to each other.

Ryuuji Takasu is a gentle high school student with a love for housework; but in contrast to his kind nature, he has an intimidating face that often gets him labeled as a delinquent. On the other hand is Taiga Aisaka, a small, doll-like student, who is anything but a cute and fragile girl. Equipped with a wooden katana and feisty personality, Taiga is known throughout the school as the “Palmtop Tiger.”

One day, an embarrassing mistake causes the two students to cross paths. Ryuuji discovers that Taiga actually has a sweet side: she has a crush on the popular vice president, Yuusaku Kitamura, who happens to be his best friend. But things only get crazier when Ryuuji reveals that he has a crush on Minori Kushieda—Taiga’s best friend! 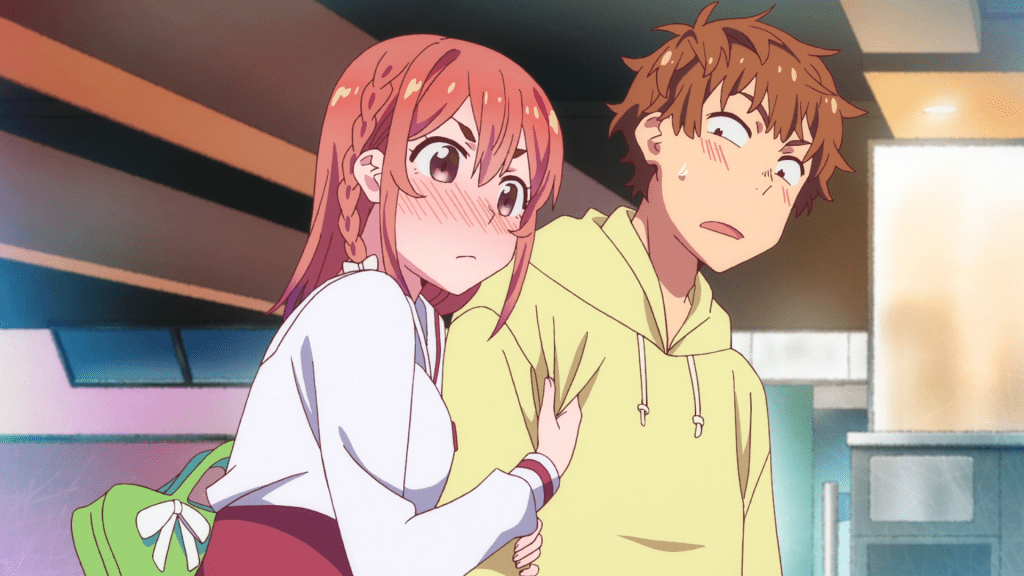 Both are about young individuals who form an unlikely friendship after keeping a mutual secret.

After Kazuya Kinoshita gets dumped by his girlfriends, he tries to rent a girlfriend through a mobile app.

The rental girlfriend, Chizuru Mizuhara is seemingly perfect. She has the looks, kind personality and leaves an awesome first impression. After the date is over, Kazuya checks the reviews of Chizuru and they are very ambivalent. He starts to believe that she is only playing with the hearts of men and leaves a negative rating on her profile.

Chizuru then reveals her true personality – sassy and quite temperamental, completely different from the first impression. Exactly at that moment Kazuya receives news about his grandma’s collapse and brings Chizuru to the hospital with him.

The collapse turns out to be nothing serious, but Kazuya’s grandma is extremely happy about him having a serious relationship with such a nice girl. Unable to tell the truth, the two are “forced” to act as an authentic couple. 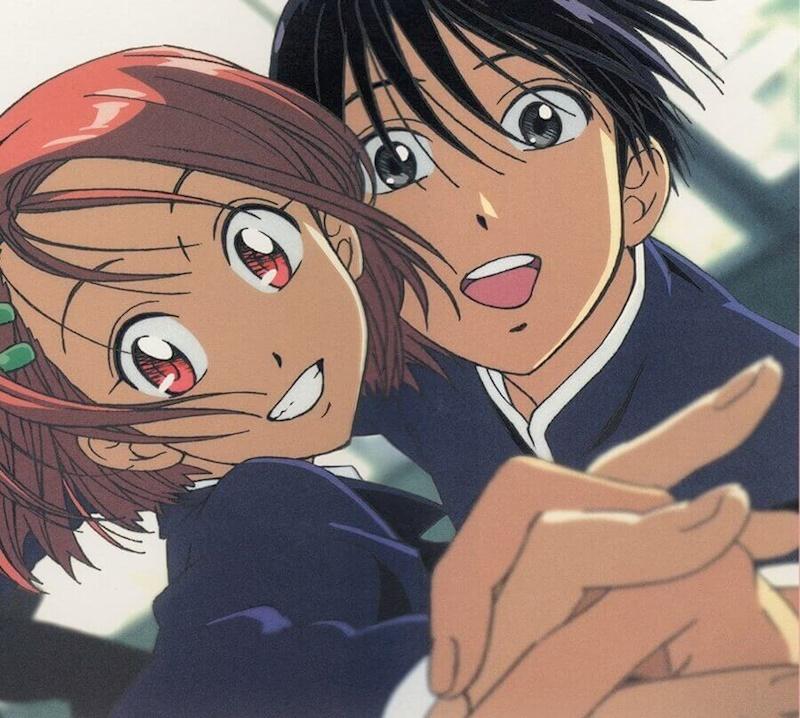 My favorite pick of them all.

This adorable school romantic comedy is exactly what you need if you like Horimiya!

They both feature a girl who is completely different at home vs at school & a boy who has his own secrets too.

After the boy discovers the girl’s secret, the two start to spend more time together, and eventually, love blossoms.

Yukino Miyazawa seems to have it all – top grades, the looks, and popularity despite being a freshman at her high school.

The reality is that she works vigorously to maintain her athletic figure and top grades only to end up as the second-best compared to her biggest rival and classmate, Soichiro Arima. On top of that, she is not the person she is portraying to be in school at all. In fact, it’s all an act.

The life of Yukino is about to turn upside down – Soichiro will coincidentally find out her secret.