It's not enough to see the complex love relationships of a useless and introverted guy with several quirky girls in anime. There are a few popular manga series that truly paved the way for harem fans. From renting girlfriends to yakuza lovers, here are a few of our top manga recommendations for all the harem lovers out there.

Yamada-Kun And The Seven Witches

Written by Miki Yoshikawa, Yamada-Kun and the Seven Witches is a supernatural harem series about a delinquent high school student named Ryu Yamada and his involvement with seven female peers who happen to be witches with magical powers. One day, Ryu falls onto Urara Shiraishi from a flight of stairs, and they accidentally swap bodies. The two are able to get their bodies back -- after learning that kissing triggers body-swapping. Ryu revives the Supernatural Studies Club at school, where he can encounter other witches and ally with them to prevent chaos from unfolding in the school. 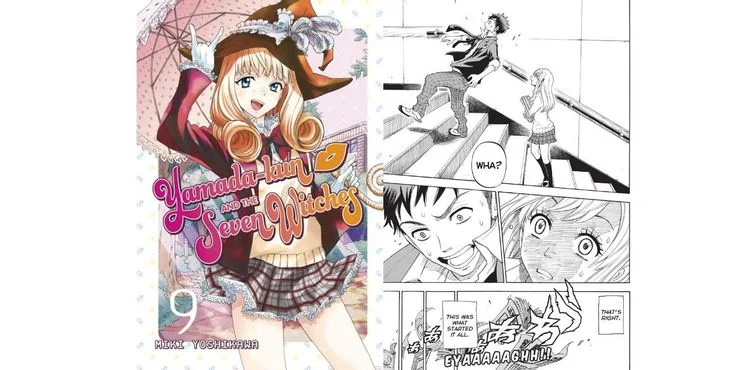 Yamada-Kun and the Seven Witches take a different spin on the harem genre, in which body-swapping and other types of magic are involved. Ryu’s involvement with the other witches leads him into some complicated and troublesome predicaments, but such encounters allow him to create strong bonds between him and the witches, especially Urara.

Rosario + Vampire is another supernatural harem series, written and illustrated by Akihisa Ikeda. The story is about a high school boy named Tsukune Aono who accidentally attends a boarding school for monsters, known as Yokai Academy, where he befriends a vampire girl named Moka Akashiya. Moka eventually develops an obsession for Tsukune’s blood and remains in close contact with him. Alongside her, Tsukune also befriends other monster girls, who also become romantically interested in him.

Each quirky female monster in Rosario + Vampire has supernatural abilities and peculiar personalities that get them into trouble as they get romantically involved with Tsukune. In addition, Tsukune is such a good-natured guy that every girl helplessly falls for him. 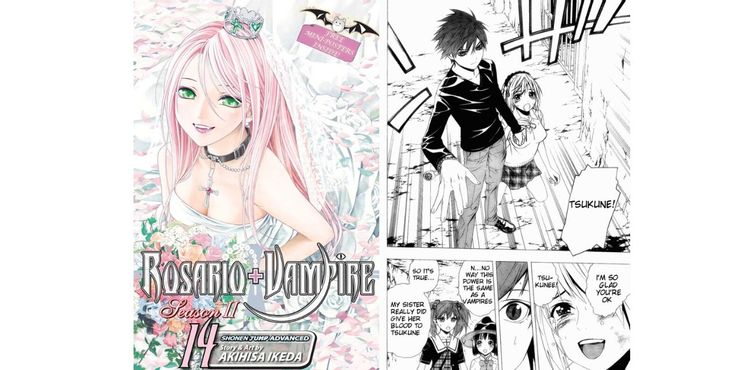 The Tenchi Muyo! franchise started as a six-episode OVA by Masaki Kajishima but has since expanded into multiple anime series, light novels, and manga. The story centers on a humble high school boy named Tenchi Masaki, who lives in the Okayama Prefecture. He’s training to become a Shinto priest and swordsman, but his world turns upside down when multiple alien girls arrive at his house and confess their love for him. Tenchi has no interest in these women nor reciprocates any of their advances, but soon after, he learns more about each girl and his own purpose in the universe.

Tenchi Muyo! is one of the first series that exposed many western audiences to the harem genre. It presents the male protagonist in a positive light, as he doesn’t have a narcissistic ego and never flaunts that many women are interested in him. Instead, he sees it as an opportunity to create a familial bond with each girl, having lost his mother at a young age. 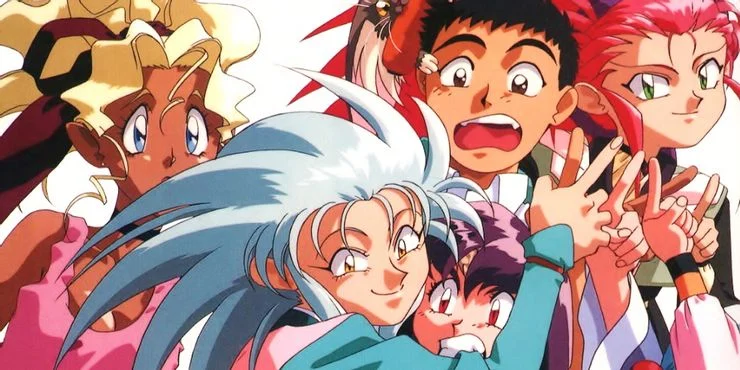 In Naoshi Komi's manga Nisekoi, Raku Ichijo, the son of the Yakuza faction Shuei-gumi, loses a locket when running into Chitoge Kirisaki, the daughter of a rival gang. This locket was given to him by his childhood sweetheart. Chitoge ends up helping Raku find the locket, but they come to hate one another while searching. Unfortunately, the two end up in a relationship due to a peace offering between the two gangs. It gets more complicated when Raku has a crush on his classmate, Kosaki Onodera, resulting in a zany and complicated love triangle. 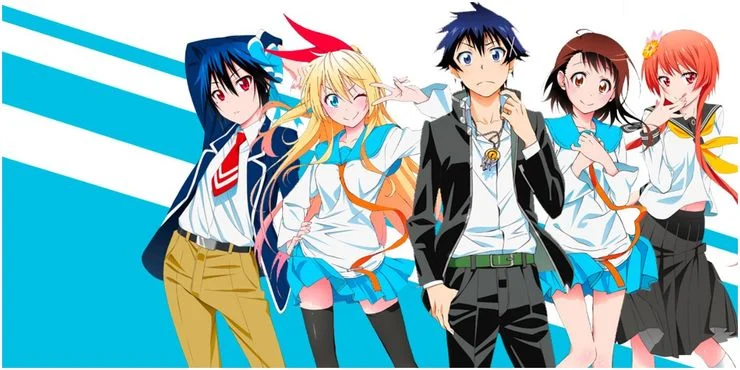 Some readers may find Nisekoi's protagonist Raku frustrating because of his wishy-washy nature. He’s indecisive on who he truly wants to be with: Chitoge or Kosaki. However, he eventually decides once he realizes his sincere feelings for one of them.

In Reiji Miyajima’s Rent-A-Girlfriend, Kazuya Kinoshita gets dumped by his girlfriend, Mami Nanami. To heal his broken heart, he rents Chizuru Mizuhara on an online rental girlfriend dating app. It gets ever-more complicated when Kazuya’s friends and family get involved and assume the two are dating. Kazuya continues to rent Chizuru to keep up appearances, but soon after, he gets involved with other rental girlfriends from the app.

Kazuya is a relatable guy in this modern age of dating, representing every single person out there looking for a long-term companion. Despite his flaws and mistakes, it's hard to blame Kazuya for wanting to be loved and accepted, even if it's temporary. Although Chizuru, Mami, and the other female characters are “pretending” to care for Kazuya, they eventually come to feel a sense of attachment to him. 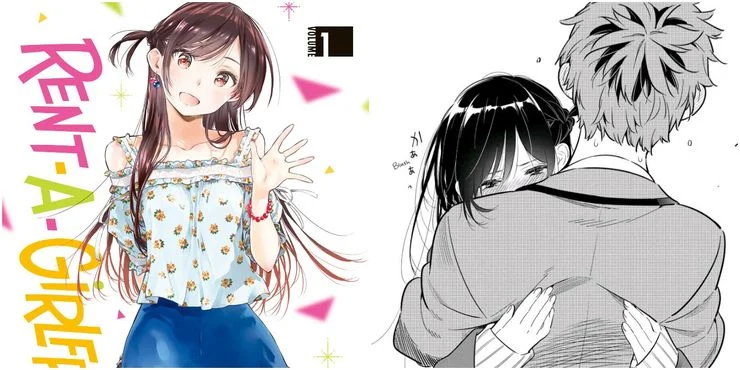