This famous Anime series contains two seasons with a bunch of filler episodes. Directed by Kei Oikawa and Seiya Miyajima, the main storyline of ‘Uma Musume: Pretty Derby’ focuses on girls that have been born with the ears and the tails of a horse! They even run as fast and swiftly as the animal. These horse girls aspire to be great racehorses and are enrolled into the Tracen Academy in order to practice and become the best of the best racehorse. The first season of ‘Uma Musume: Pretty Derby’ showcases a new girl who has been transferred into the academy, and she wishes to be as amazing as Silence Suzuka. On the other hand, the second season throws light upon Tokai Teio with all her friends and how they face various hurdles and injuries in order to get to the top.

This fun Anime series consists of a single season with a few filler episodes. Directed by Tatsuya Yoshihara, the plot of ‘Monster Musume’ revolves around a boy called Kimihoto Kurusu. Being a responsible and important young man, his acquaintance, Kuroko Smith, delivers a Lamia at his place. Her name was Miia, and Kimihito was expected to take care of her and provide for her. Being part monster, Kimihito had some difficulty in understanding how to handle Miia but was able to overcome this minor problem in no time. Unfortunately, Miia was not the only one he would have to take care of! His house was soon crawling with a group of beautiful-looking women, who were part monsters. They would always end up fighting for Kimihoto’s attention as he was supposed to marry one of the girls from the house. 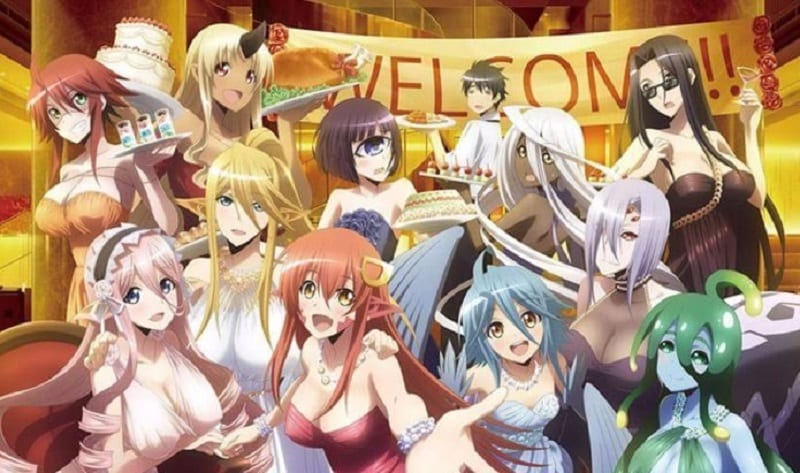 ‘Spice and Wolf’ premiered on the 9th of January, in 2008, and the last episode of the second season was released on the 24th of September, in 2009. The Anime television and web series contains 24 episodes along with two filler episodes. You can watch ‘Spice and Wolf’ on online platforms such as Gogoanime

This Anime series has a single season with zero filler episodes. Directed by Yukio Takahashi, ‘Dog and Scissors’ revolves around a young boy named Kazuhito Harumi who gets reincarnated as a dog. He was a high school boy who loved to read books. When he tried to protect a woman during a robbery, he was shot and murdered. Next thing he knows, he wakes up as a dark-colored dog and has been adopted by Kirihime Natsuno – the woman he saved in his past life. She was a great woman who apparently, was his favorite novelist who would also extract pleasure in scaring Kazuhito with scissors. 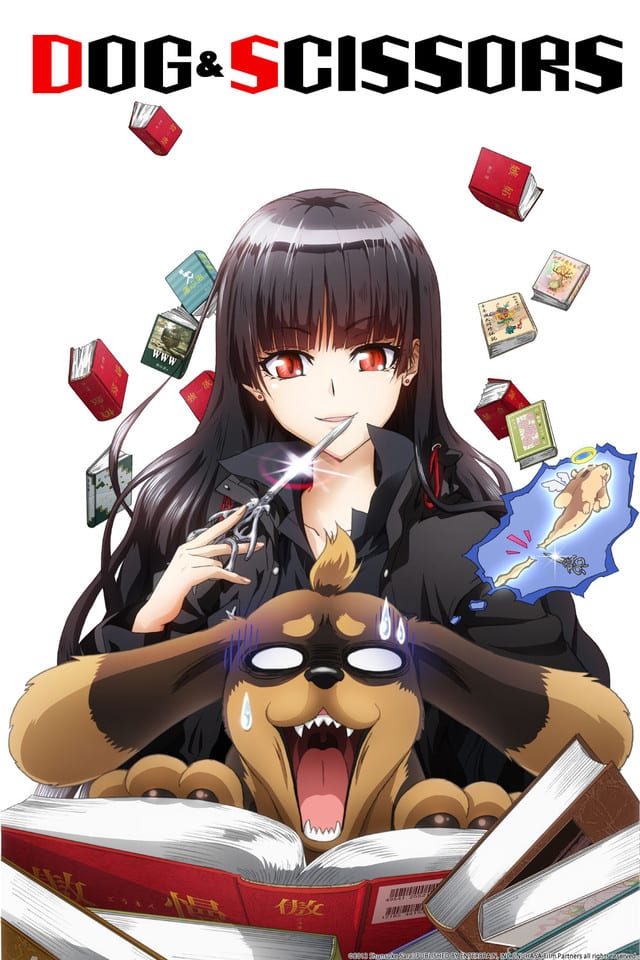 The Official Poster Of ‘Dog And Scissors,’ C[Gonzo]

This dark fantasy Anime series consists of a single season with a bunch of filler episodes. Directed by Tensai Okamura, the main storyline of ‘Wolf’s Rain’ has a post-apocalyptical theme where the people of the world are waiting for the Utopian gates to be opened so that they can survive on another land. It is known that wolves are the only beings on this planet that will be able to these gates. Bordering extinction, a wolf known as Kiba finds himself in the Freeze City, where he comes across many other wolves, just like him. They seemed to be following the scent of the Lunar flowers, which will lead all people to the Utopian gates. 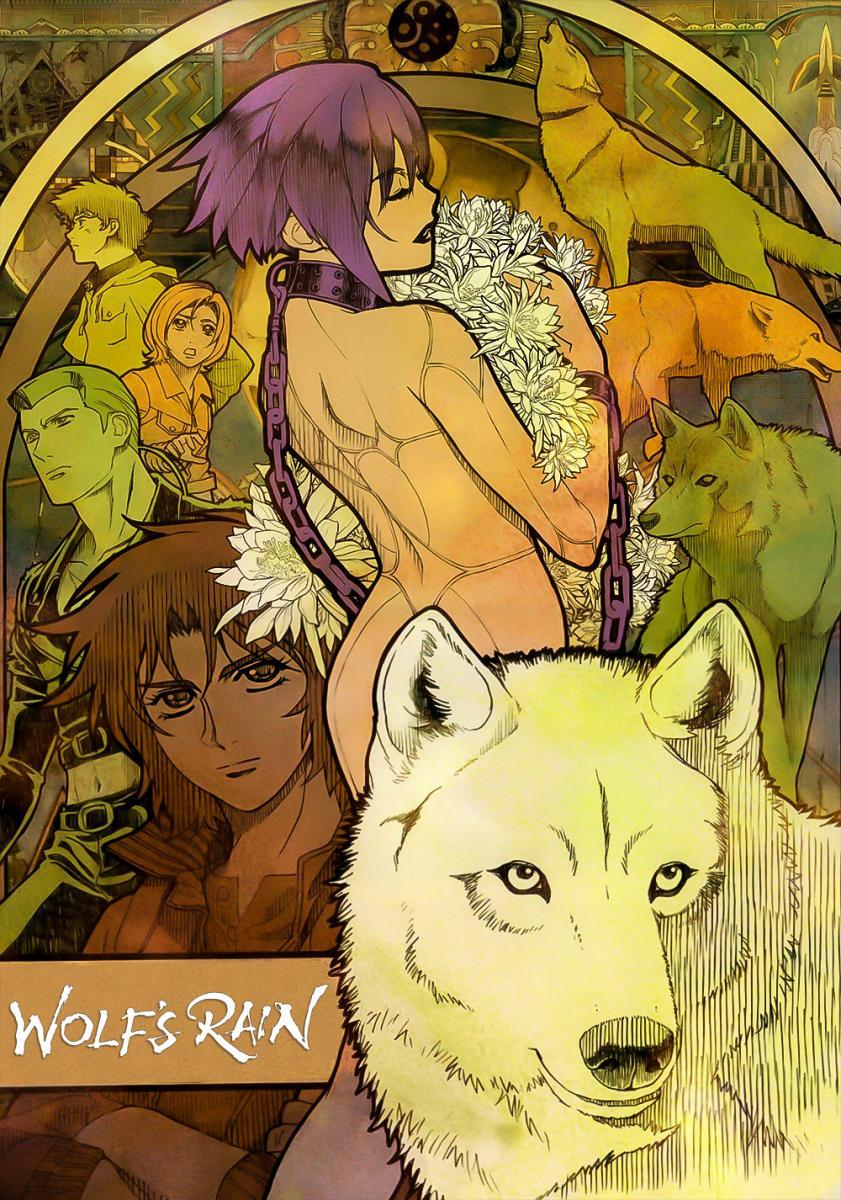 The first episode of ‘Wolf’s Rain’ was released on the 6th of January, 2003, and the last episode of the season was aired on the 16th of October, in 2004. The Anime television and web series contains 26 episodes along with four filler episodes. You can watch ‘Wolf’s Rain’ on online platforms such as Gogoanime

This adventurous fantasy Anime series contains nine seasons along with a bunch of filler episodes. Directed by Shinji Ishihira, ‘Fairy Tail’ revolves around Lucy, who is a teenage wizard and does not have a home of her own. She was under a curse and was about to be sold on the black market when a dragon slayer named Natsu, and his friend, Happy, save Lucy. They help her join a famous guild called ‘Fairy Tail’ where she meets Gray and Erza, who become more like her family. The story progresses as Lucy, Natsu, Happy, Gray, and Erza stick together and face the hardships of life. 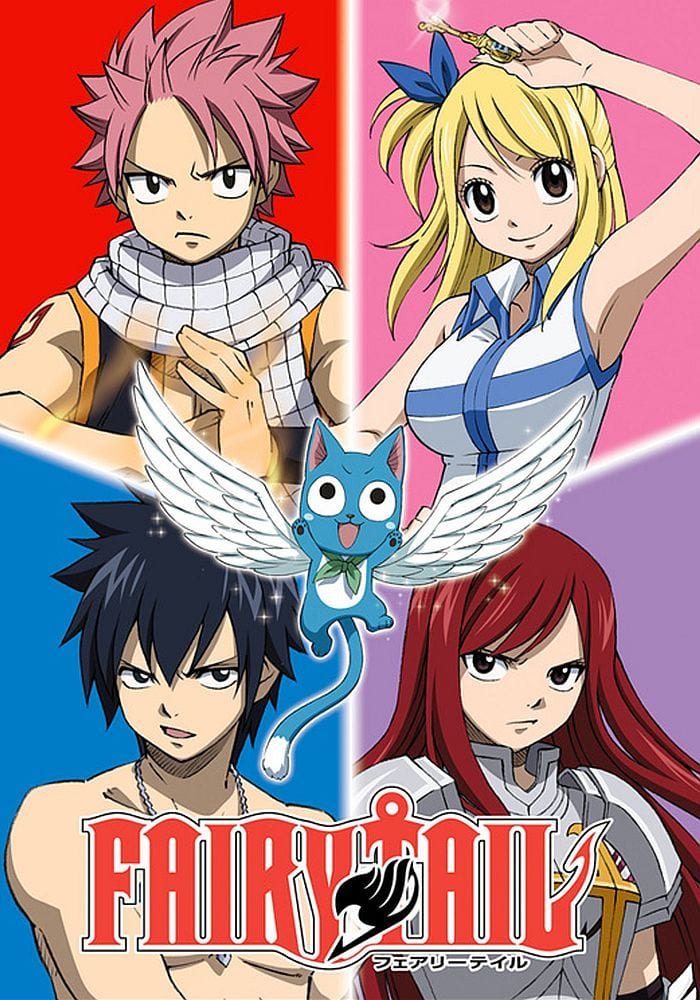 ‘Fairy Tail’ premiered on the 12th of October, in 2009, and the last episode of the ninth season was aired on the 29th of September, in 2019. The Anime television and web series contains 328 episodes along with nine filler episodes. You can watch ‘Fairy Tail’ on online platforms such as Gogoanime