The official website for Eiga Doraemon: Nobita to Sora no Utopia (Doraemon the Movie 2023: Nobita's Sky Utopia in English), the 42nd film in the Doraemon franchise, revealed a new poster visual and new cast members for the film on Sunday. 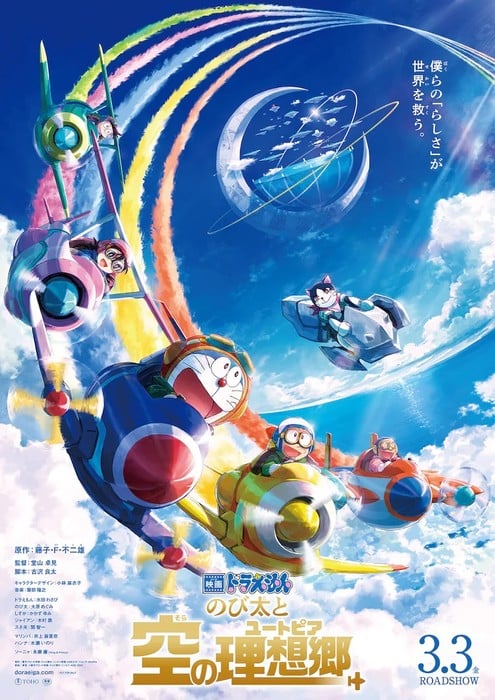 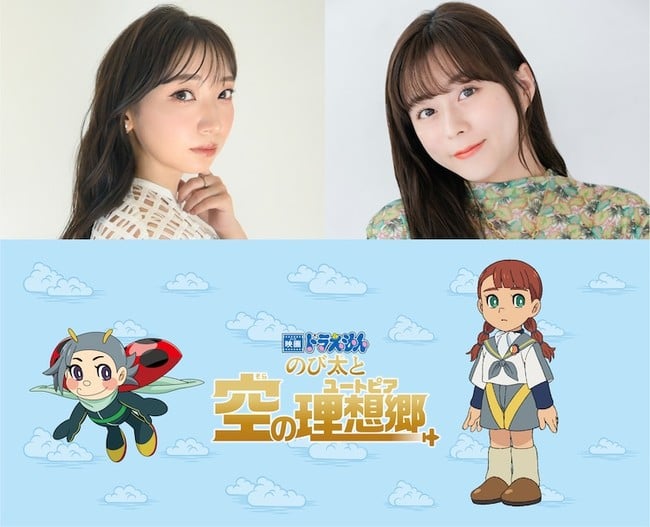 Marina Inoue (upper left in image above) joins the cast as Marimba (lower left), an adventurer who seeks out the secret of the utopian Paradipia. Inori Minase (upper right) joins the cast as Hanna (lower right), a student who attends a Paradipian school and ends up becoming a guide to Nobita and the others. 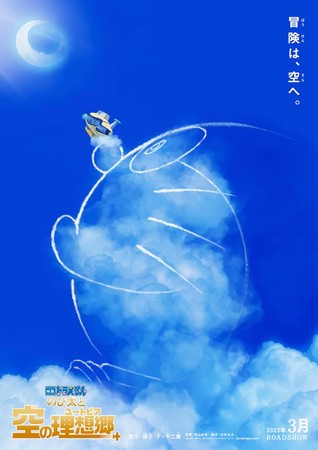 The film will be set in a perfect, utopian world in the sky, where everyone lives happily. Adventurers have equated the land with other mythical cities, such as Atlantis or Ryūgū-jō. Doraemon and Nobita set out on an adventure to find the utopia with the help of a gadget that is brand-new for the film, the time zeppelin equipped with a time warp function.

Takumi Dōyama (Genbanojō, Doraemon episodes) is directing the film. Ryota Kosawa (Always: Sunset on Third Street, Great Pretender) is penning the script — his first for a Doraemon film. The television anime's current cast members are reprising their roles for the film. Ren Nagase of the idol group King & Prince will make his voice acting debut as the "perfect cat robot" Sonya in the film.