Bandai Namco Arts announced on Monday that it will release the historic OVA Dallos on Blu-ray Disc for the first time on March 24, 2023. The release will be the first part of a 40th anniversary project for the company's Emotion label. 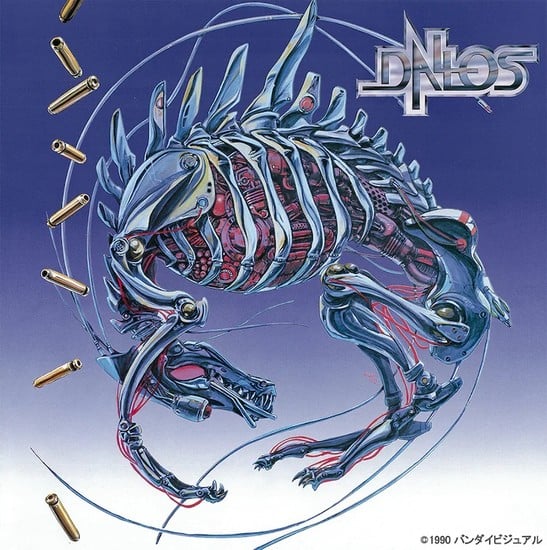 Originally released with its first VHS volume in December 1983, Dallos is widely considered to be the first direct-to-video animation project to ever be released, and is thus also the first OVA (original video anime) project to be released. Mamoru Oshii, then a director for Urusei Yatsura, worked on the original anime as his first independent anime work, alongside Hisayuki Toriumi. Oshii directed and wrote the second episode (actually the first to be released in December 1983), while Toriumi directed the first episode (January 1984). Oshii again directed the third episode (April 1984), while Oshii and Toriumi share co-directing and writing credit for the fourth episode (July 1984).

The Blu-ray Disc release will include the pilot film of the anime that was included in the Dallos Special 1985 feature film recut of the anime, a documentary titled Remember Dallos 1983-2003, and a commemorative pamphlet.

Studio Pierrot animated the project, and produced it alongside Bandai. The two companies also established the Emotion label in 1983, which later became Bandai Visual, and eventually Bandai Namco Arts after it merged with Lantis in 2018. The company's visual business was then further merged with Sunrise and Bandai Namco Rights Marketing to form Bandai Namco Filmworks.

Discotek Media most recently released Dallos in the United States on DVD in 2014.

The OVA format that Dallos launched was known for its production values, experimentation, and affordability compared to contemporary television anime and anime film home video releases. OVAs had their height of popularity from the mid-80s to the mid-90s. Later successes of the format in this time period include The Legend of the Galactic Heroes, Patlabor (another Oshii project), Gunbuster, Record of Lodoss War, Bubblegum Crisis, and Battle Angel Alita, among many iconic titles, with the format continuing its success even in later decades, with such titles as The Garden of Sinners, Mobile Suit Gundam: The Origin, and the Strike the Blood sequels.