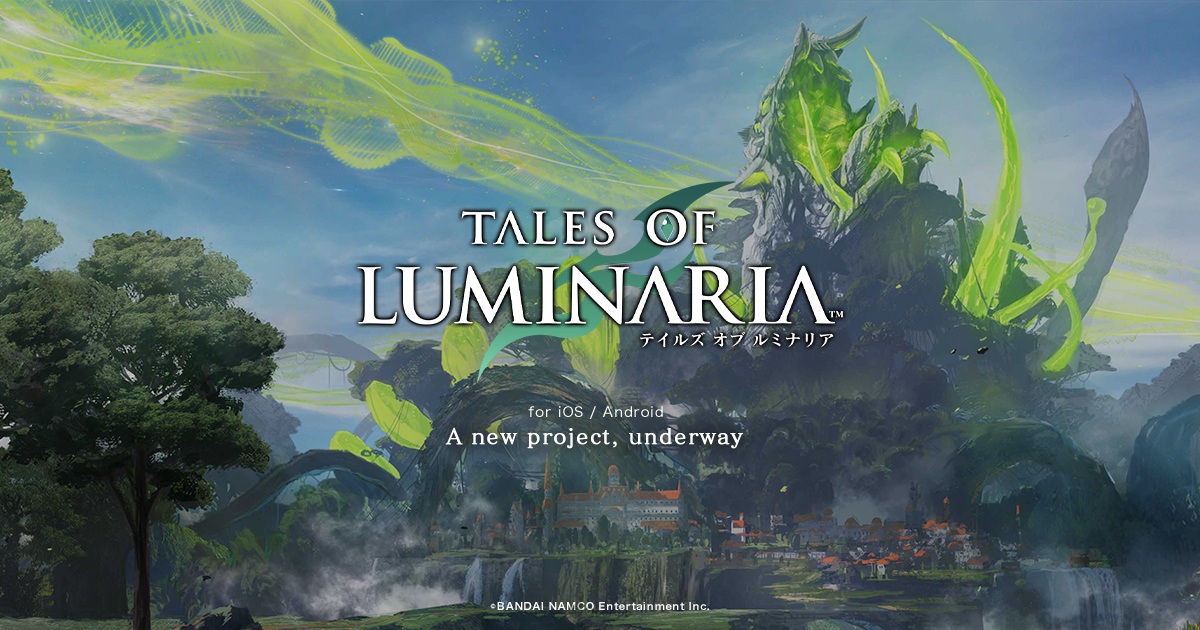 Throughout 25 years of history, the Tales of series has spun multiple moving stories with fascinating characters. Tales of Luminaria keeps the essence of the series “That encounter changed the world.”, But new attempts and experiences have been brought to this new work, aiming to create a game that can be enjoyed by those who know the series and those who do not.

Tales of Luminaria will center around 21 protagonists, who clash over opposing justice, forge bonds, and grow as people. Players will follow their individual growth and adventure from their perspectives, and finally unveils the truth behind this world when their fate entwines. 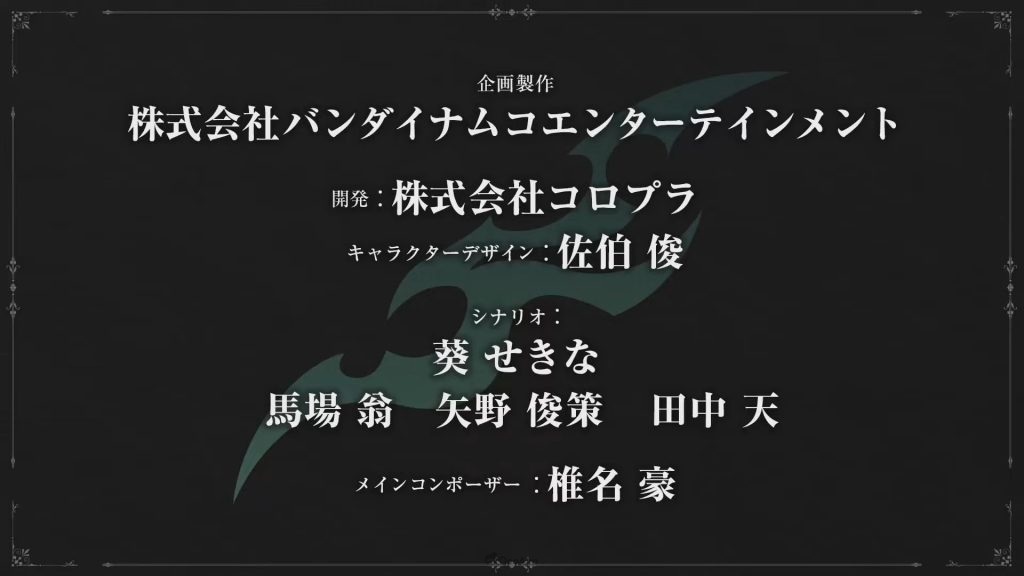 I’ll fight for my justice… and kill yours if I must.

Long ago, this land was home to beasts the size of mountains that have now become petrified. Mana overflowed from their remains, drawing people who sought its power, and civilizations sprang up.
People came to revere these mana-producing creatures, which they named “Primordial Beasts.” They built their lives around them. Thus began the worship of the Primordial Beasts.

Time moved ever onward, to the present day…

War erupts between the Jerle Federation, an alliance of countries who worship the Primordial Beasts, and the Gildllan Empire, which has enjoyed explosive development thanks to advanced technology. The fires of war burn ever brighter.

Federation knights-in-training, Imperial soldiers, and adventurers who owe allegiance to neither side… 21 very different people weave the story of their bonds, and the paths they forge through a turbulent age. Will their varying outlooks lead them to hidden truths about the world? You’ll have to play to find out… 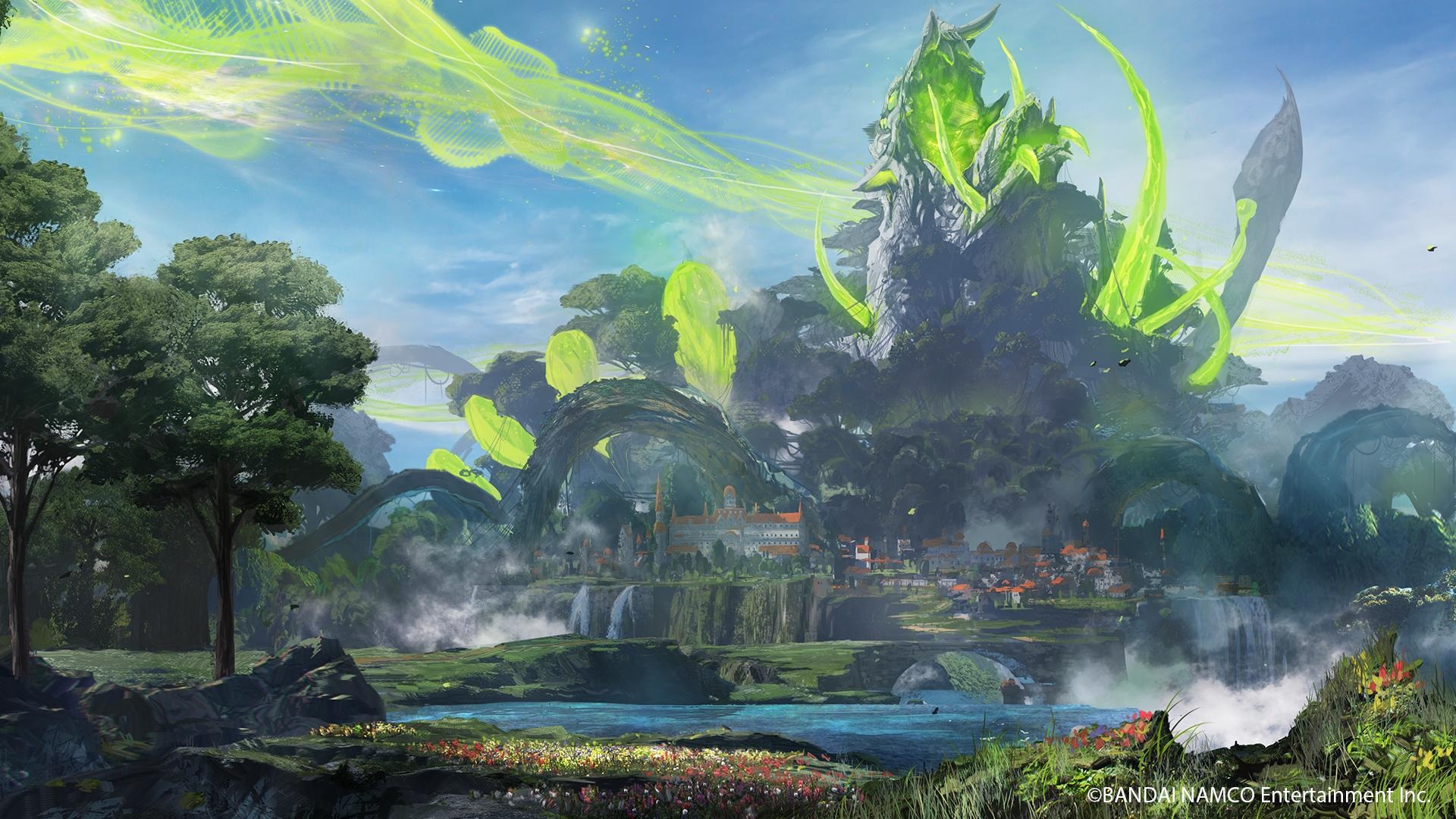 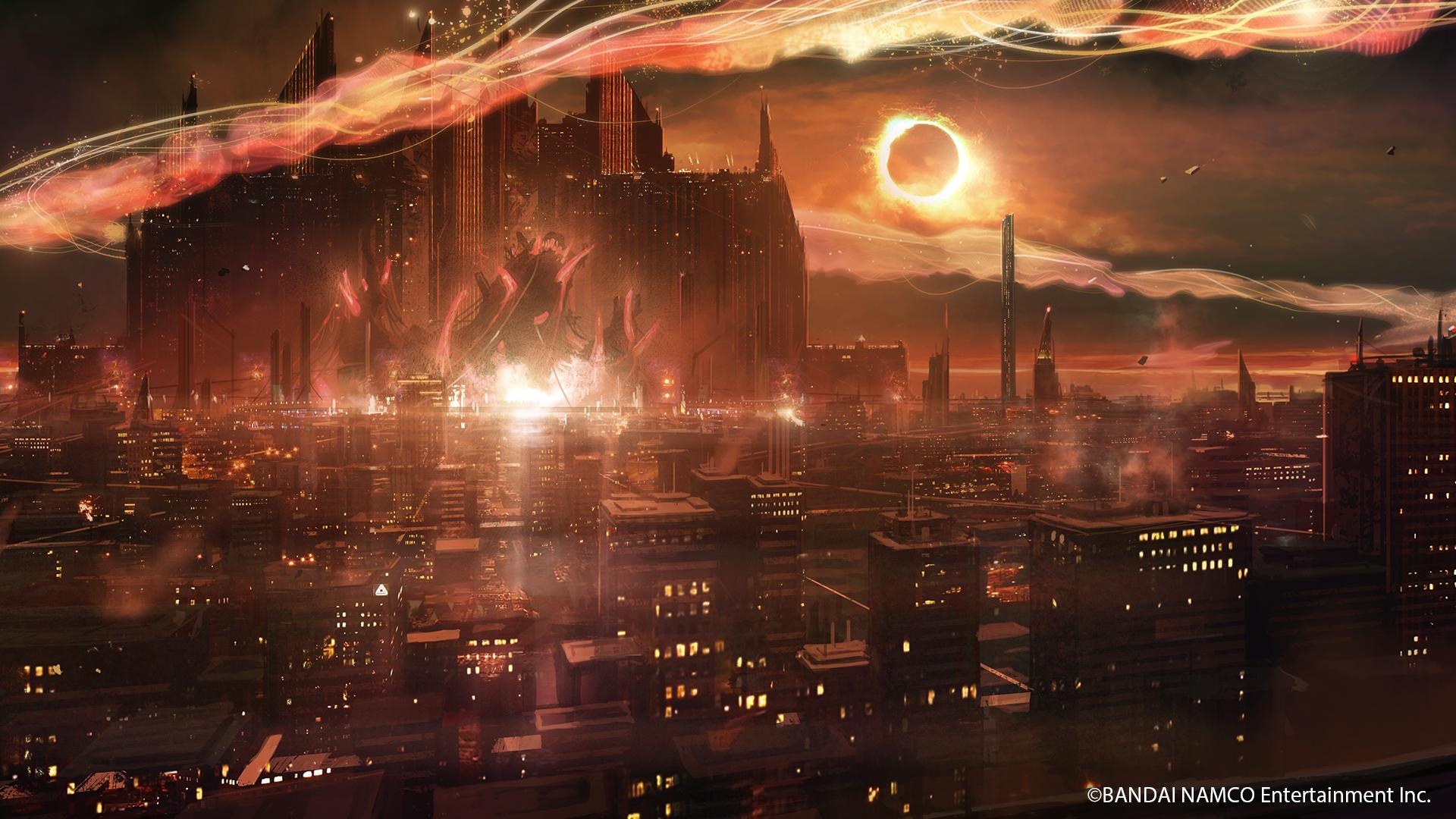 The game will feature a fully-voiced story. Players can also learn more about the 21 protagonists through daily conversations and their interaction during and after the battle. 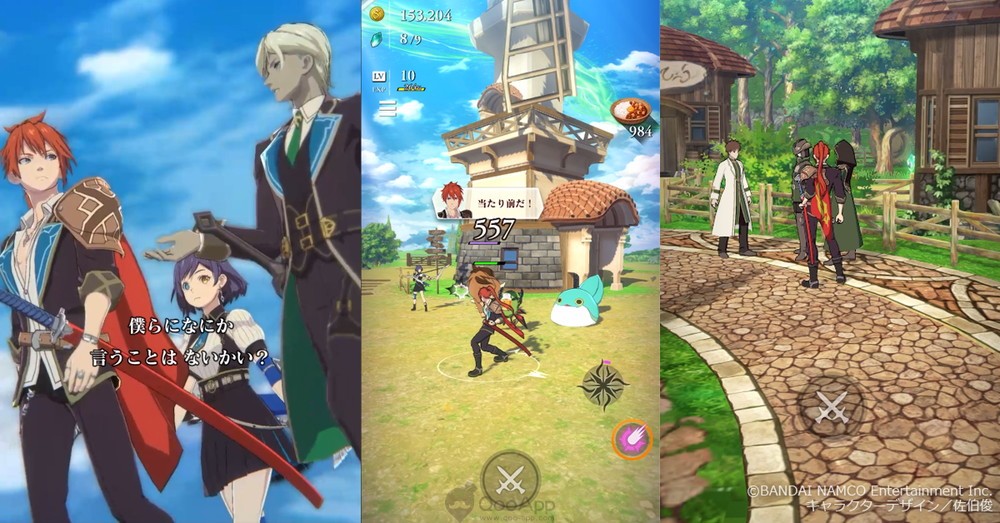 You can enjoy action-filled battles simply tapping and flicking the screen. The characters feature different battle styles such as wielding a sword or sniping with bow and arrows. The game provides a true RPG experience in which you have to manipulate the characters manually to go through different dungeons and challenge powerful bosses. 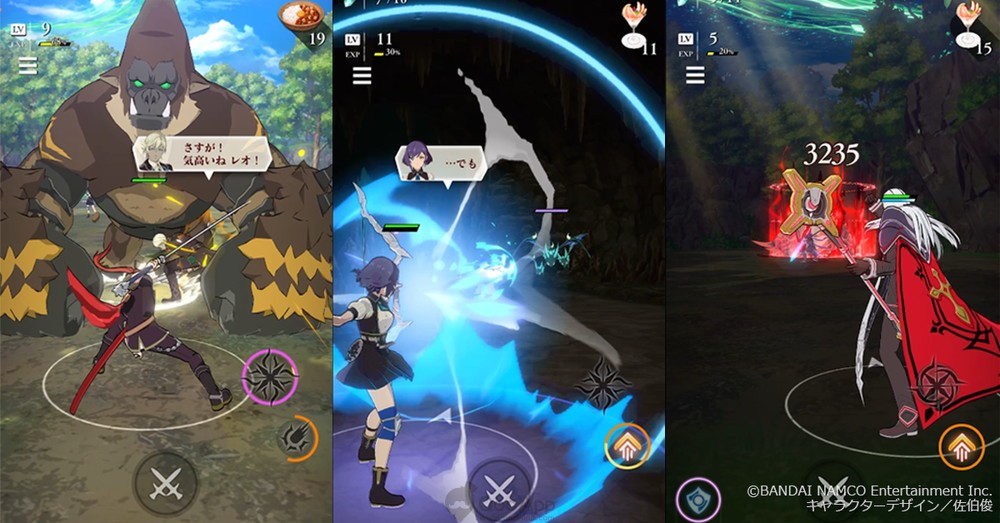 The game has revealed the details and cast of three protagonists. The information of other characters will be revealed later on. 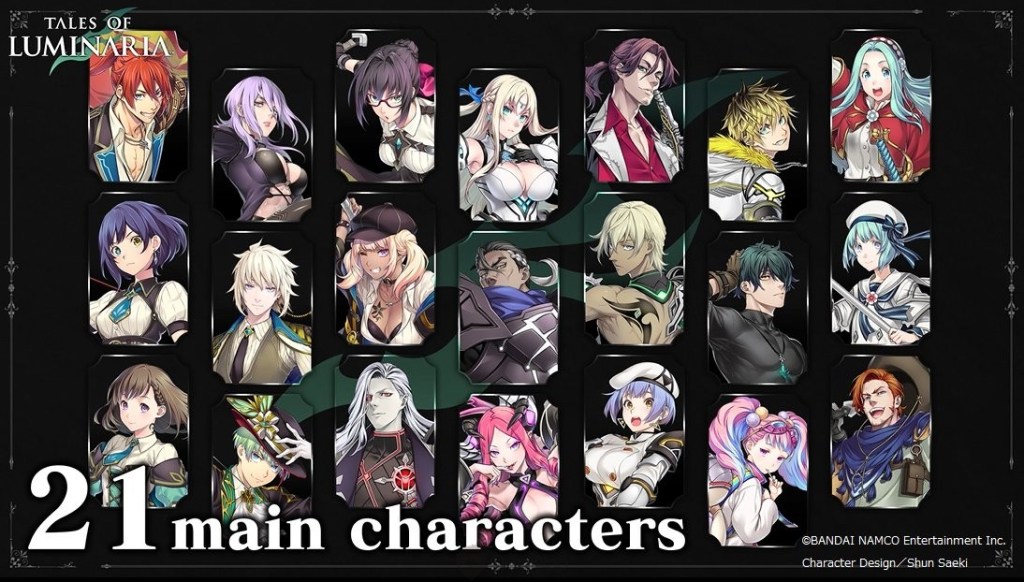 ■ Leo Fourcade – CV: Ryohei Arai/ Aaron Dismuke
A passionate young man dedicated to the noble ideals his grandmother taught him. He enters the knight academy along with his friends, Celia and Hugo. To defeat the Empire that destroyed his hometown, he joins Blaze to improve his skills alongside his companions. 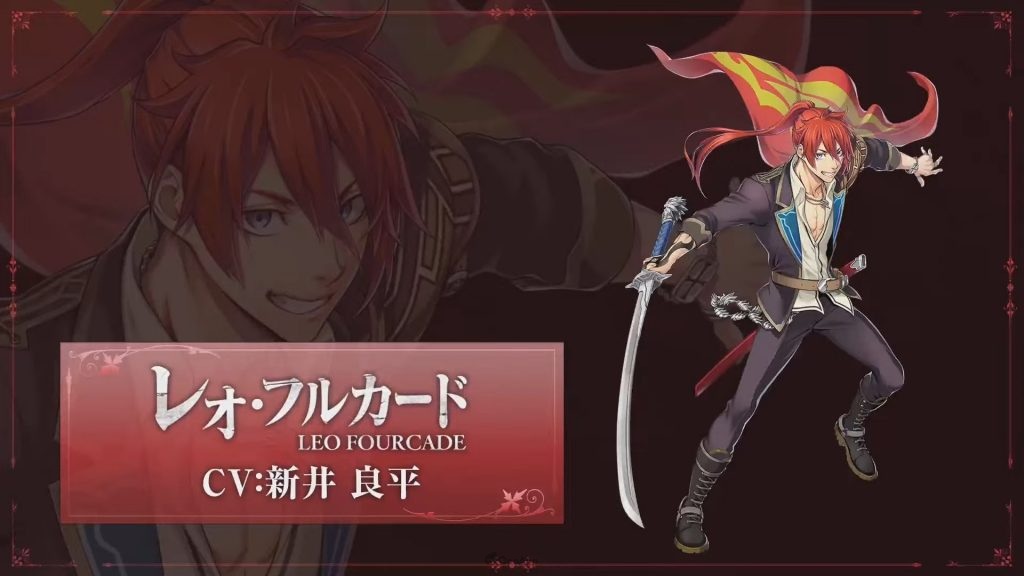 ■ Celia Arvier – CV: Miho Okasaki/ Cristina Vee
Leo and Hugo’s childhood friend. She enters the knight academy with them and joins the ranks of Blaze. A natural caretaker, she always keeps a close eye on her friends, but a certain incident caused her to feel distant from them. 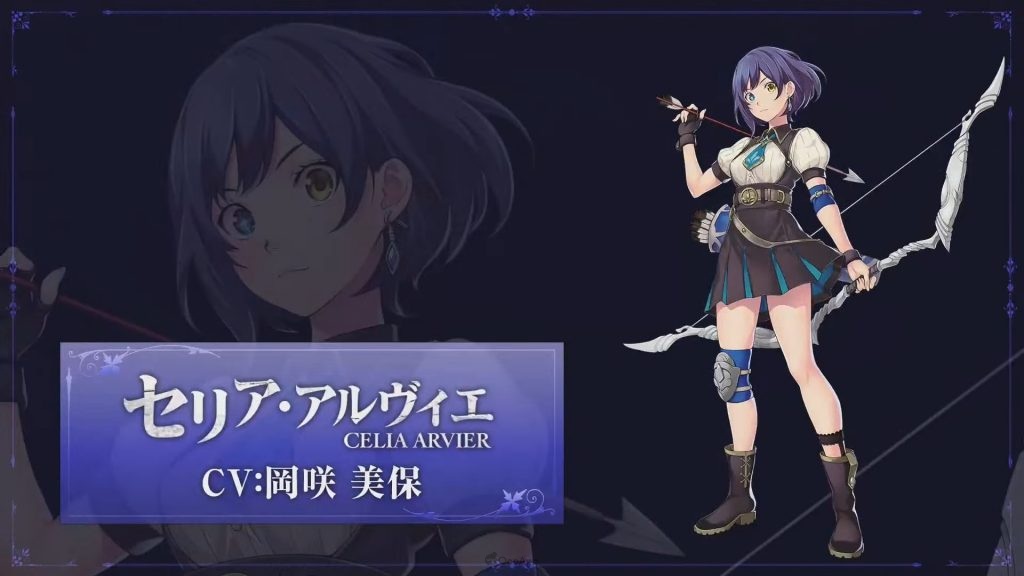 ■ Hugo Simon – CV: Kaito Takeda/ Eric Vale
Friends with Leo and Celia since childhood. During his activities as a member of Blaze, he became increasingly distrustful of the federation until a meeting with August lured him over to the Imperial side. 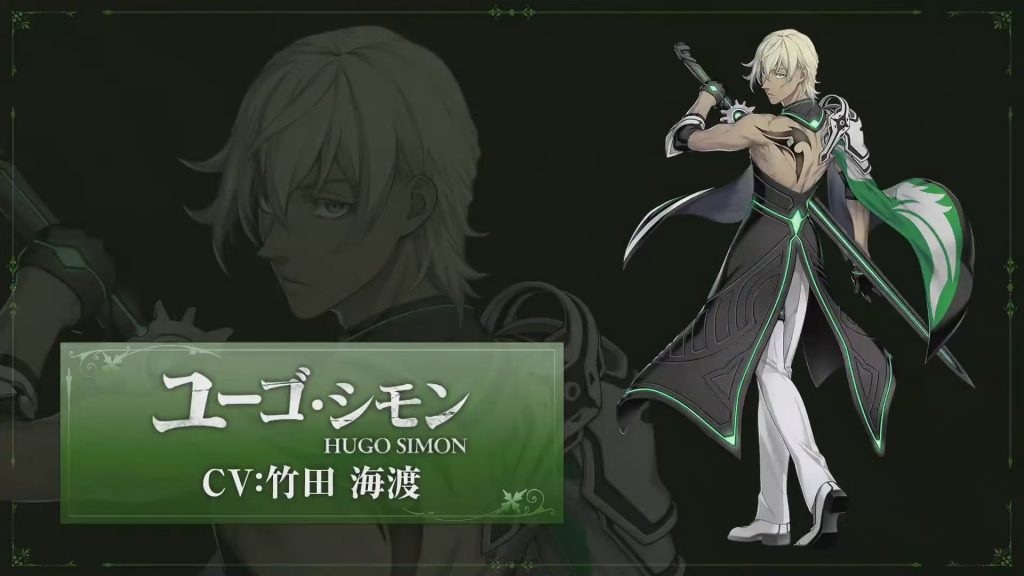 A special anime adaptation titled Tales of Luminaria: The Fateful Crossroad is underway. It is produced by Kamikaze Douga. A special video has been revealed to preview the anime.